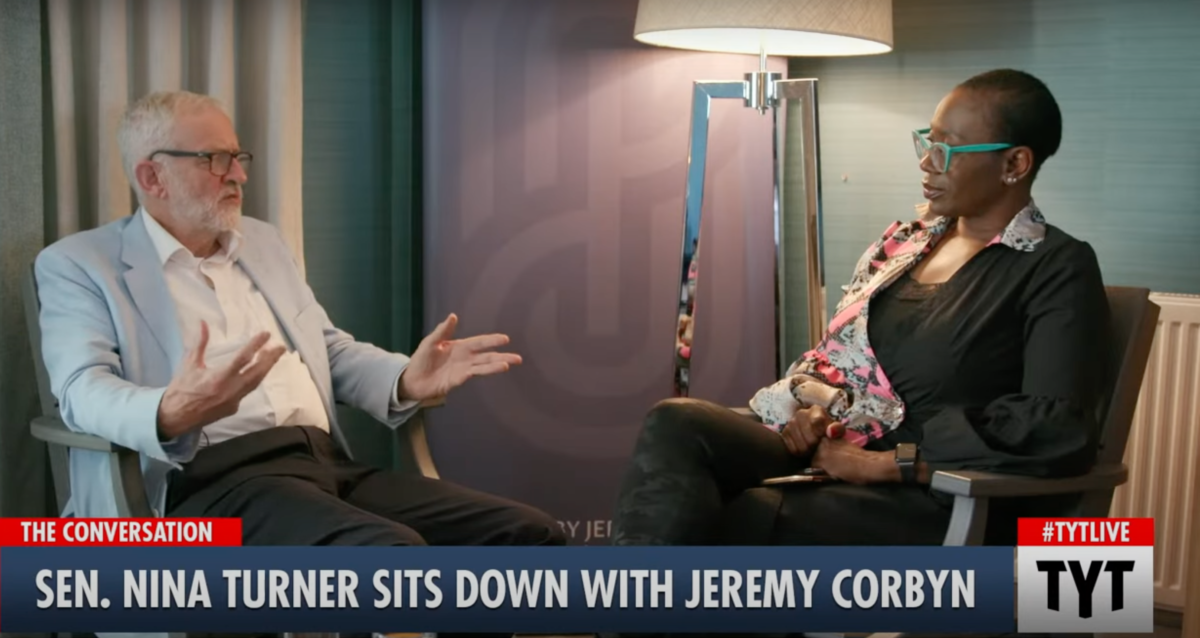 Turner, who lost the Democratic primary in Ohio’s 11th Congressional District in August to Shontel Brown, was hired the following month as a regular guest host appearing on TYT’s digital programming. The left-wing activist group, founded in 2002 by Turkish-American political commentator Cenk Uyghur, streams live programming on its website.

Corbyn stepped aside as Labour leader after the party’s defeat in the 2019 election. He was suspended from the party in 2020 after he rejected the findings of a report that revealed more than 70 complaints regarding antisemitism within Labour.

Rabbi Pinchas Landis, a Jewish leader in Cleveland who campaigned for Brown earlier this year, told JI, “I was not surprised to hear about the Turner/Corbyn conversation. Like seeks like. Unfortunately there is a constant that we see amongst progressives, and that is their opposition to the Jewish people. We saw this clearly just a few weeks ago from Turner’s allies in Congress, and we’ve heard the same tropes from Corbyn over the years.”