The letter represents a rejection of a recent bill from Rep. Betty McCollum calling for increased restrictions on U.S. aid 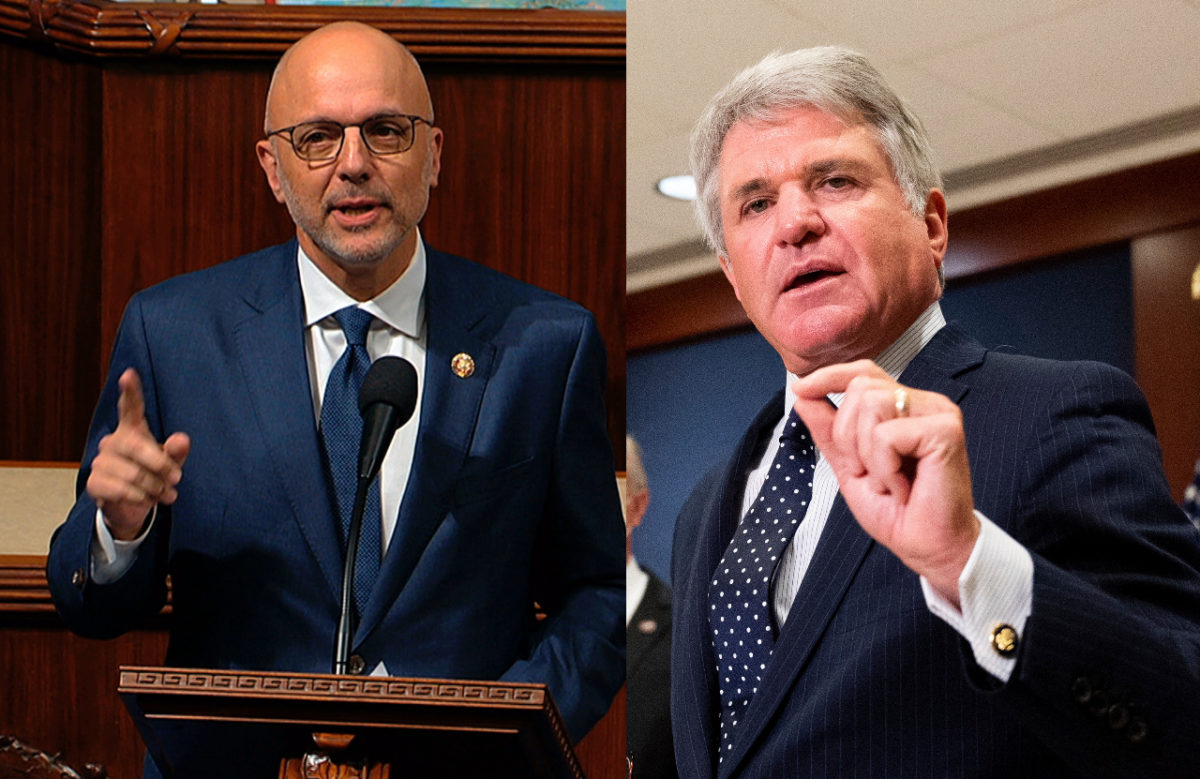 In a full-throated defense of the U.S.-Israel relationship, approximately three-quarters of the House of Representatives — split relatively evenly between Democrats and Republicans — will send a letter on Thursday to the chair and ranking member of the House Appropriations Committee supporting continued security assistance to Israel, Jewish Insider has learned.

The letter, which has 330 total signatures, was led by Reps. Ted Deutch (D-FL) and Michael McCaul (R-TX), and comes on the heels of a bill from Rep. Betty McCollum (D-MN) and 15 Democratic cosponsors that would place additional regulations on U.S. aid to Israel.

The Deutch-McCaul letter, a copy of which was obtained by JI, represents a show of force from the pro-Israel community in Congress, and a repudiation of calls from the progressive wing of the Democratic Party to condition or otherwise restrict aid to Israel. The letter was boosted by an AIPAC lobbying campaign.

“We recognize that not every Member of Congress will agree with every policy decision of every Israeli government,” the letter reads. “Reducing funding or adding conditions on security assistance would be detrimental to Israel’s ability to defend itself against all threats. We urge you to fulfill our commitments as agreed to in the 2016 MOU [Memorandum of Understanding] as codified by the [2020 U.S.-Israel Security Assistance Authorization Act], and in accordance with all U.S. laws.”

In a statement, Deutch emphasized the significant bipartisan support for continued aid to Israel.

“There should be no doubt of where Congress stands in our support for Israel’s security after an overwhelming majority of Democrats and Republicans signed on to support full funding of security assistance to our closest Middle East ally,” Deutch said in a statement.

“This letter clearly demonstrates that Republicans and Democrats in Congress stand together in opposing conditions on our security assistance to Israel,” McCaul said. “The United States stands with our friend and ally Israel in promoting our shared national security goals abroad. We remain committed to providing Israel with the necessary security aid to protect itself.”

The letter, addressed to Reps. Rosa DeLauro (D-CT) and Kay Granger (R-TX), the two highest-ranking members on the House Appropriations Committee from each party, highlights the ongoing security challenges Israel faces from Iran, its proxies and Hezbollah, and highlights Israel’s role as a security and intelligence partner.

“Congress is committed to maintaining Israel’s qualitative military edge and its ability to defend itself, by itself, against persistent threats,” the letter reads. “Our aid to Israel is a vital and cost-effective expenditure which advances important U.S. national security interests in a highly challenging region. For decades, Presidents of both parties have understood the strategic importance of providing Israel with security assistance.”

AIPAC spokesman Marshall Wittmann told JI the letter is “a very strong bipartisan statement that full security assistance to Israel — without additional conditions — is in the national security interest of the United States.” J Street, among a range of other left-wing groups, is supporting McCollum’s legislation.