Gad Saad has fashioned himself as a free speech crusader 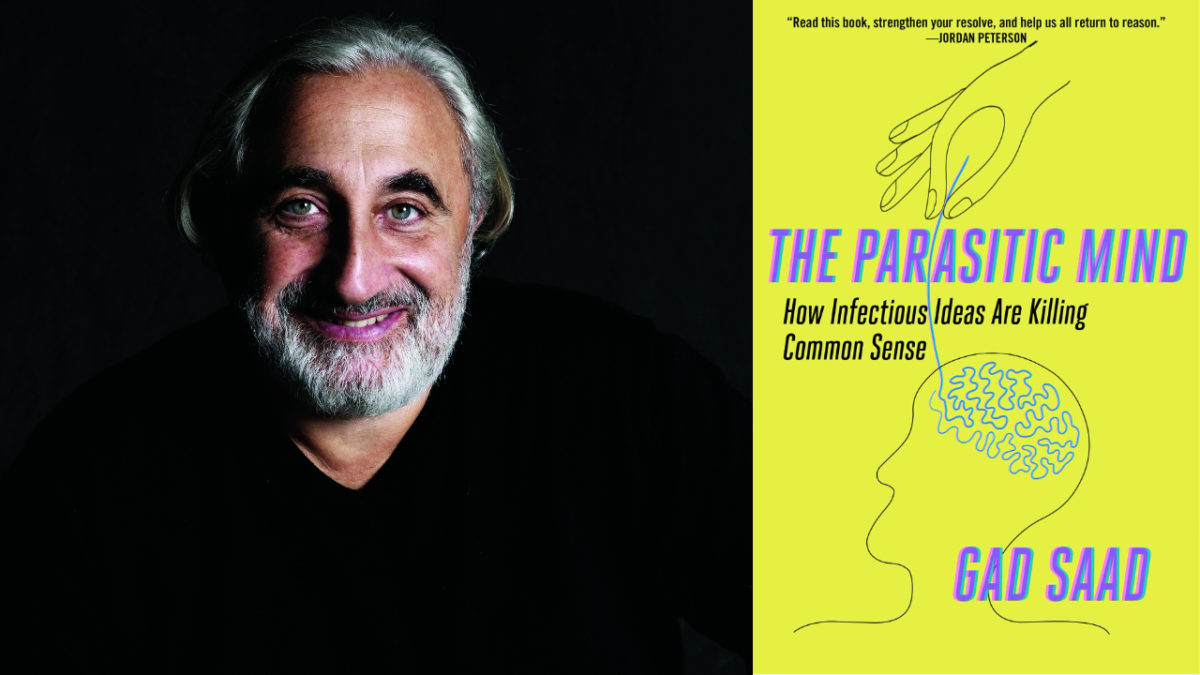 Gad Saad and his new book, The Parasitic Mind.

The professor, writer, blogger and right-wing provocateur is a vocal critic of social justice activism, gaining him both an army of supporters and a wave of critics. And the author, whose new book, The Parasitic Mind: How Infectious Ideas Are Killing Common Sense, was released this week, wouldn’t have it any other way.

In the book and across his prolific social media presence, Saad rails against the so-called social justice warriors of the world, taking to task the forces he deems the most dangerous to critical thinking: “postmodernism, radical feminism, and social constructivism.”

“Sure, we’re facing a bad global pandemic now with COVID, but there’s been a much more dangerous and long-lasting global pandemic of the human mind that’s been brewing for 40-50 years,” he told Jewish Insider in a recent interview. “It started on university campuses, but now it has infiltrated every nook and cranny of society.”

In The Parasitic Mind, Saad, a professor of evolutionary psychology at Concordia University in Montreal, rages against the “illiberal idea pathogens” he believes emanate from universities and academia, which have “relentlessly assaulted science, reason, logic, freedom of thought, freedom of speech, individual liberty, and individual dignity.”

Saad was born into a Jewish family in Lebanon in 1964. When the Lebanese Civil War broke out in 1975, his family fled to Canada as the situation for Jews became untenable.

“We were part of the last wave of remaining Jews in Lebanon,” Saad told JI. “We sort of doggedly hung in there thinking that there was a future for us in Lebanon, even though most of our extended family had already left.” But when the civil war began, he said, “it became impossible to be Jewish, to have a Jewish life in Lebanon. And so we left.”

Saad has worked as a professor of marketing at Concordia University for more than 25 years. He has written a blog for Psychology Today since 2008, titled Homo Consumericus, and in 2011 he published The Consuming Instinct: What Juicy Burgers, Ferraris, Pornography, and Gift Giving Reveal About Human Nature.

But in the years since, Saad has become an increasingly outspoken and caustic critic of political correctness, berating the forces he claims stifle intellectual diversity. With more than 260,000 followers on Twitter and close to 190,000 subscribers on YouTube, Saad flourishes in the same corners of the internet populated by figures including Joe Rogan, Dennis Prager, Jordan Peterson, Ben Shapiro and Dave Rubin.

Gaad’s book is sharply critical of Islam, dismissive of transgender activism and mocking of identity politics. And his writing mirrors the unapologetic and often acerbic tone he adopts across social media, which has occasionally landed him in hot water. He has had videos demonetized by YouTube, posts removed by LinkedIn and censored by Facebook and was briefly kicked off of Twitter.

“Social media brings out sort of the unregulated darkness in people’s hearts,” Saad said, telling JI that he doesn’t regret any of his more controversial online engagement. “I can be obviously very professorial and very austere and formal, but I can also take off the proverbial gloves and get dirty in the mud with you… you can’t always be above it. You can’t constantly be wrestling in the mud with a bunch of pigs and always be the lofty professor smoking a pipe.”

Saad is an ardent supporter of virtually unchecked free speech, writing that he will even defend the “vile and inhumane garbage” peddled by Holocaust deniers.

“If you are Jewish, with my personal history in Lebanon, and you support the right for people to spew arguably the most offensive thing possible, which is to deny the Holocaust, then you really are walking the walk and talking the talk in terms of being a free speech absolutist,” Saad told JI. Short of libel, defamation, endangering others and child pornography, he said, he opposes any limits on speech. “Anything goes. The best way to fight bad ideas is not to put it under the rubric of hate speech, but rather to have the light of truth, disinfect the B.S.”

In Saad’s telling, universities and academia — where he has spent the bulk of his career — are hotbeds of “ideological Stalinism,” but to his dismay, most academics “yawn in complicit apathy and cowardly inaction.”

Saad said his unapologetic positions regularly result in anger and threats from all manner of irate activists, some of whom he dubs the “tofu Taliban,” but he never lets it sway his approach.

“There are no sacred cows for me,” he said. “I will go after any ideology that I think is nonsensical.”