Enter: The Jewish Peoplehood Alliance will kick off its first program in Israeli high schools in January 2021 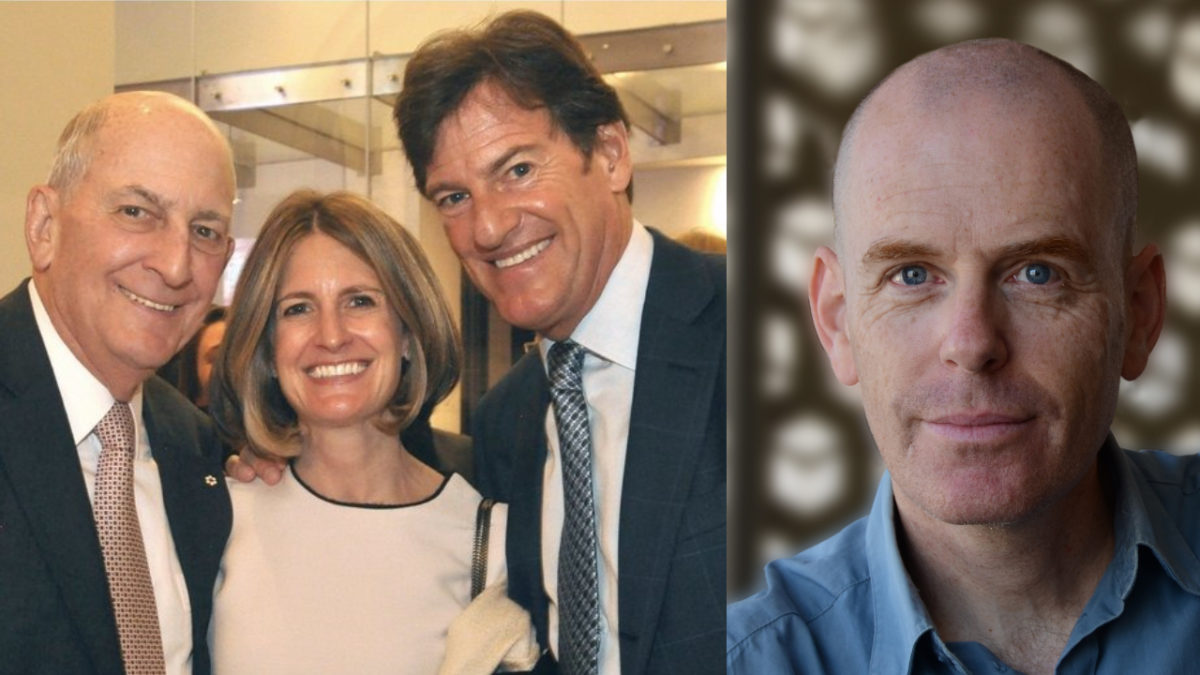 A new project from philanthropist Charles Bronfman and philanthropy advisor Jeffrey Solomon is aiming to educate Israelis about the role and significance of diaspora Jewry — and bring Israeli and North American Jews closer together. The two men have assembled a team of leading funders and influencers to guide the endeavor, called Enter: The Jewish Peoplehood Alliance, which is slated to kick off its first program in January.

Enter’s advisory committee is co-chaired by Dan Shapiro, a U.S. ambassador to Israel under President Barack Obama who is now a distinguished visiting fellow at Tel Aviv University’s Institute for National Security Studies, and former Likud Justice Minister Dan Meridor. Partners in funding the endeavor, who each have a representative on its advisory committee, include the Koret Foundation, the Diane & Guilford Glazer Foundation, the Nadav Fund and the Rosalinde and Arthur Gilbert Foundation, Solomon told Jewish Insider.

Alon Friedman, Enter’s founding chief executive officer, is based in Israel. In an interview from his Kfar Saba office, he told JI that each funder has committed $250,000 a year to Enter for three years in order to cover overhead expenses. Friedman added that each of Enter’s specific programs will require additional funding.

Theirs is not the only effort of its kind. In 2018, the Jewish Agency for Israel started a program called AmiUnity, which sought to strengthen the connection between Israelis and Jews around the world. According to the leaders, the collapse of a negotiated compromise deal led by the Israeli government became the impetus for both efforts. The compromise agreement would have allowed Reform and Conservative Jews to pray at a section of the Western Wall with Torah scrolls, prayer books and mixed- gender seating. The agreement was reached in 2016, but abandoned in June 2017, angering many American Jewish philanthropic, religious and organizational leaders.

One of those leaders was Bronfman, who gave an emotional speech the following year at the Reform movement’s rabbinical seminary in New York. Between Israeli and North American Jews, “the rift grows wider and wider,” Bronfman said at the graduation ceremony, during which he received an honorary doctorate. “Our souls are still seared by what happens in Israel. But do Israelis care enough about what happens in the global Jewish world? Can a prime minister really claim to be a guardian of the entire Jewish people when he reneges on a carefully crafted agreement knowing that he will suffer no political consequences at home?”

With Solomon, Bronfman began generating ideas for what would become Enter.

Its first program, a mifgash, or “encounter,” is called One2One, Solomon said. It aims to, over time, transform Israeli public opinion by teaching Israeli high school students about the history and impact of diaspora Jewry.

Beginning in January 2021, the program will pair 400-500 Israelis with Jewish high schoolers in the U.S., Canada and England to practice their English language skills. English is a required subject in Israeli government high schools, and participating in several internet meetings with English-speaking peers will earn Israeli students a 25% grade bump, Friedman explained. The program is being developed with Israel’s Education Ministry, which is designing the technical side and the curriculum in consultation with Enter. While there have been pairings of schools in Israel and the diaspora, as well as class-wide programs, this is the first plan involving one-on-one interactions between Israeli and non-Israeli Jews, he said.

Past efforts on the part of non-Orthodox American Jewish leaders to lobby top Israeli officials on issues ranging from the Western Wall agreement to the Israeli rabbinate’s control over conversion to Judaism, have been deemed unsuccessful.

“Efforts to influence these decisions by flying in a delegation of influencers to lobby, to express concerns…those efforts have not been nearly as effective as any of us would like. It’s not a sustainable approach,” Shapiro said during a Jewish Funders Network webinar introducing Enter to its members this week.

“There is a need to instill a stronger sense of mutual responsibility and unity across the Jewish world and build a cohort of Israeli citizens who are knowledgeable about world Jewry and take the needs of those communities into account when leaders are making decisions,” Shapiro added. “It starts with education.”

During the same webcast, Friedman said: “we’ve been knocking on the front door and saying that your ideas about Jewish peoplehood don’t work. That has been tried. Now we need to try different angles, and bring the messages through the back door.”

The initiative faces a number of challenges, Solomon conceded. “The first layer is having to get past this government, and sustaining ways of loving the country even at moments of hating the government,” he said. “Deeper is that in Israel there is little-to-no understanding of world Jewry. In many ways they’re still living with the early [David] Ben-Gurion myths that all Jews will come to Israel and if they don’t, to hell with them. That’s in total conflict with the idea that we all have a stake in Zionism as the national liberation movement of the Jewish people.”

John Ruskay, former executive vice president of UJA-Federation of New York and now a senior fellow at the Israel-based Jewish People Policy Institute, noted that “numerous organizations have tried to promote dialogue and connection, and each has made a positive contribution. The challenge is enormous,” he said. “Hopefully these philanthropists and others will be able to mobilize the resources and attention needed to make change on this issue. Huge efforts are needed,” Ruskay, who is also a member of Enter’s advisory board, told JI.

Rabbi Rick Jacobs, president of the Union for Reform Judaism, has been one of the most outspoken leaders of American Jewry to lobby Israeli political leaders on issues of concern to American Jews. He is also on the Jewish Agency’s board of directors and involved with AmiUnity.

“Changing the mindset of the political establishment” in Israel “needs real clarity and funding,” Jacobs said. “We’ve gone as far as we can as a political calculation. If it’s not built on a deep affinity that our fates and spiritual lives are interconnected, it won’t work.”

“I’m excited to see how these collective efforts try to move the needle,” said Jacobs, referring to AmiUnity and Enter. “We need to think about the arc of decades, not an emergency when we need to go scream at government leaders. This change has to be much deeper than the political discourse.”