In event with Jewish donors, Harris pledges to not condition assistance to Israel 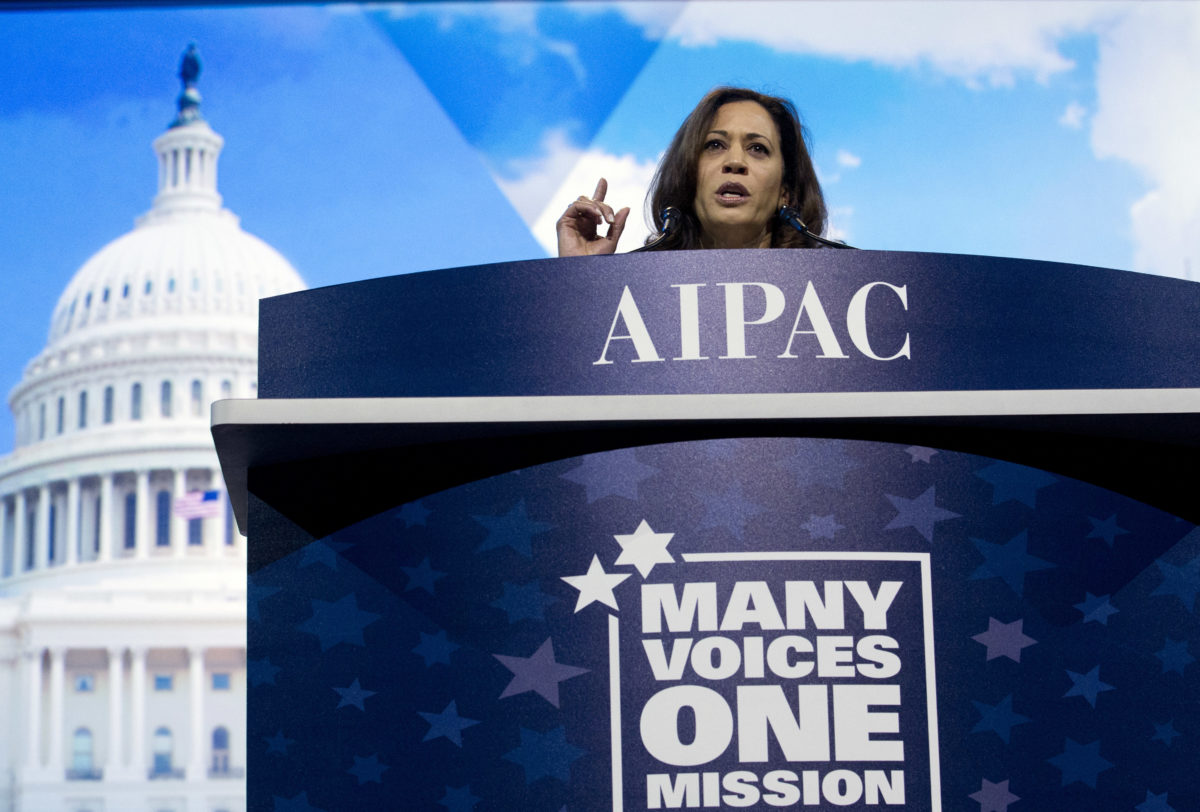 “Joe [Biden] has made it clear he will not tie security assistance to any political decisions that Israel makes and I couldn’t agree more,” Harris said during a virtual fundraiser with 1,800 Jewish Democrats. “As vice president, Joe Biden helped ensure unwavering support for Israel’s security. During the Obama-Biden administration he was a key advocate in securing support for life-saving technologies, which I have seen: Iron Dome. David’s Sling. The Arrow. Three anti-rocket and missile defense systems. And Joe has also helped shape the unprecedented $38 billion-a-year MOU — memorandum of understanding — for defense assistance to Israel that was signed in 2016 which, as you know, was the largest military aid package in U.S. history.”

On the call, Harris reaffirmed that a Biden-Harris administration would “sustain our unbreakable commitment to Israel’s security, including the unprecedented military and intelligence cooperation pioneered during the Obama-Biden administration and the guarantee that Israel will always maintain its qualitative military [edge].”

Harris also told attendees that a Biden administration will rejoin “a diplomatic agreement” with Iran and extend it to include its terror activities in the Middle East only if Tehran returns to compliance with the terms of the 2015 nuclear deal. Harris blasted the Trump administration’s policy on Iran, blaming its approach for the U.N. Security Council’s rejection of the U.S. proposal to extend an expiring arms embargo on Iran. “I think it’s fair to say this ‘America First’ approach is truly and has been America alone, which is not in our best interest or in the interest of our allies,” she said.

Harris was introduced by her husband, Doug Emhoff, and Rep. Ted Deutch (D-FL). Emhoff, who would make history as the first Jewish spouse of a vice president if Biden wins in November, stated: “A Biden-Harris administration will stand strong against antisemitism, period.”