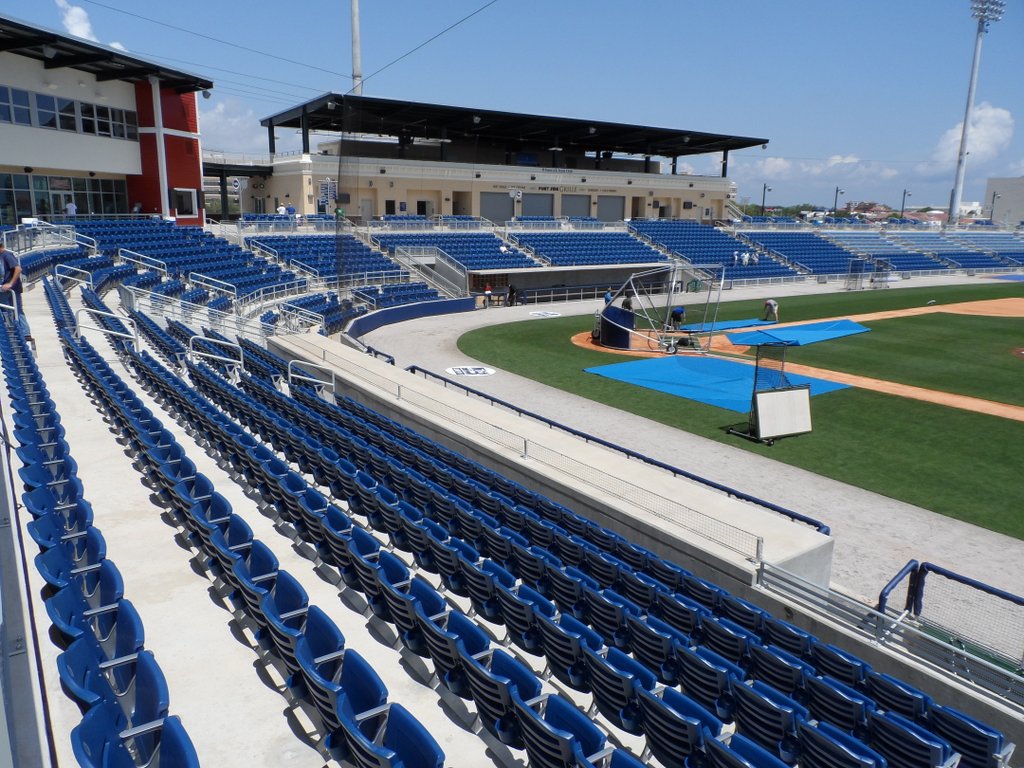 Earlier this week, Major League Baseball said it would return for a truncated, 60-game season beginning July 23 or 24. It was good news for those to whom summer is synonymous with baseball — even amid a pandemic — but absent from the announcement was any information about the future of the minors, which remains in question.

Though rumors have circulated that the minor league season has been cancelled, “nothing has been determined” on the season at this point, according to Jeff Lantz, senior director of communications for Minor League Baseball, which is affiliated with the MLB. “I’m guessing it will be a few days at least before they turn their attention to us.”

Lantz, however, wasn’t optimistic that the minor leagues — which have had a strained relationship with the MLB over the past year — would emerge unscathed from the coronavirus crisis, speculating that some of the 160 teams now in operation might go out of business.

Few seem to believe that the minors will come back this year. “There’s very little light at the end of the tunnel,” said Dick Nussbaum, president of the Class A Midwest League, made up of 16 teams including the Dayton Dragons, the Cedar Rapids Kernels and the Peoria Chiefs. “As each day passes, it’s becoming more and more apparent that there won’t be a minor league season for 2020.”

The reasons for that outcome are primarily financial. The MLB can afford to play without fans if necessary — it has lucrative TV deals — but minor league teams can’t because their revenues are generated primarily from ticket sales and concessions.

“The economic model of the minor leagues doesn’t work if there aren’t fans in the stands,” Nussbaum, who lives in South Bend, Ind., told Jewish Insider matter-of-factly.

Some teams have been getting creative about using their ballparks in order to generate revenue without resuming play.

“I’ve heard about high school graduations that have occurred in ballparks,” Nussbaum said. “In South Bend, they’re talking about doing a naturalization ceremony in a ballpark. A lot of teams have used their concession abilities to drive up service for communities, similar to what restaurants are doing.”

The Pensacola Blue Wahoos have adapted especially well: It is now possible to book the stadium on Airbnb for $1,500 a night.

Meanwhile, minor league players who have signed contracts with the MLB and are waiting for their assignments have been feeling restless.

Alex Katz, a 25-year-old pitcher for the Kansas City Royals’ organization who last year played for the Long Island Ducks, said he was feeling pessimistic about the prospects of a minor league season in 2020, though he holds out hope that some teams may come back for an off-season fall league in Arizona.

“Right now, we don’t know whether we’ll be back playing so it’s more about staying ready and staying sharp,” he told JI in an interview before his workout session.

“I don’t think the minor leagues are coming back,” predicted catcher Ryan Lavarnway, 32, who recently signed with the Miami Marlins’ organization and imagined that he would have started out this season with the Wichita Wind Surge, the Marlin’s Triple-A team.

Lavarnway, who has a promising career ahead of him — he has done stints with the Boston Red Sox and the Cincinnati Reds, among other teams — is anticipating that he might fill out a so-called “taxi squad” that the MLB has said teams will have on hand as a backup to their primary 40-man rosters. He expects to find out in the next day or so if he has made the cut.

Blake Gailen, a minor leaguer who also has played with the Israeli national baseball team, told JI that he had heard there would be an MLB-sanctioned backup to the taxi squad, as well. It would consist, he speculated, of about 60 free agents who will be available to MLB teams that are in need of extra players.

When he spoke with JI Thursday afternoon, Gailen, 35, had just gotten news that on July 1, his contract with the Los Angeles Dodgers organization was coming to an end.

The left-handed outfielder was holding out hope that he might be chosen for the taxi squad — and he has been training with that in mind — but he was also thinking about joining a league in Mexico or Taiwan, where he said the money was better.

The independent league, he said, was also an option, but it wasn’t that appealing to him.

“Do I really want to pick my life up for two months and play indie ball right now?” wondered Gailen, who last year played for the Triple-A Oklahoma City Dodgers. “It’s a grind and the money’s not great.”

Jake Fishman, a 25-year-old pitcher in the Toronto Blue Jays organization who played for the team’s Double A affiliate, the New Hampshire Fisher Cats, last season, said that the Blue Jays had recently informed minor leaguers that they would consider requests from those who wanted to join an independent league not affiliated with the MLB but that still provides a path to the majors.

At least one independent league, the United Shore Suburban Baseball League — which operates four teams in suburban Michigan — may come back as soon as early July, according to Andy Appleby, the league’s owner and CEO.

That date isn’t yet official, but Appleby was optimistic that his teams would return at some point this season, noting that the independent leagues were more nimble than the MLB-affiliated teams as they don’t have to operate in lockstep with the major-league schedule.

“Because of what Major League Baseball is going through, it appears that they don’t want to spend the money sending out minor leaguers to all the various teams,” he said. “And so, because of that, a lot of those affiliated teams are screwed. We’re screwed for a different way, because we’re just trying to get our season started. We have tons of great players. So we don’t have any problem with the content and the performers, we just need to get open somehow.”

Appleby said his league had written a 224-page COVID protocol program to reassure Michigan Gov. Gretchen Whitmer that the teams — who all play in one stadium — would be operating in a safe environment.

He added that the stadium would most likely operate at 30-50% capacity if play were resumed, with groups of people sitting six feet apart in the stands. The minor league owner is optimistic that baseball will resume in metro Detroit at some point this summer.

Along with the competition, Appleby told JI that he missed the communal aspects of minor league ball throughout a 75-game season. “We’ve had over 1,000 different charities leverage our ballpark, we have 60,000 kids in our reading program, we’ve got a kids’ club,” he said. “I mean, we’re all about community.”

Midwest League president Nussbaum echoed that sentiment, noting that it wasn’t just the fans and players who were affected by the postponed season, but also those who, under normal circumstances, would be employed by the ballparks, such as kids who have relied on summer jobs to put themselves through college. “The communities are hurting,” he said.

“It’s really sad,” Nussbaum told JI. “There’s not a whole heck of a lot to do this summer.”