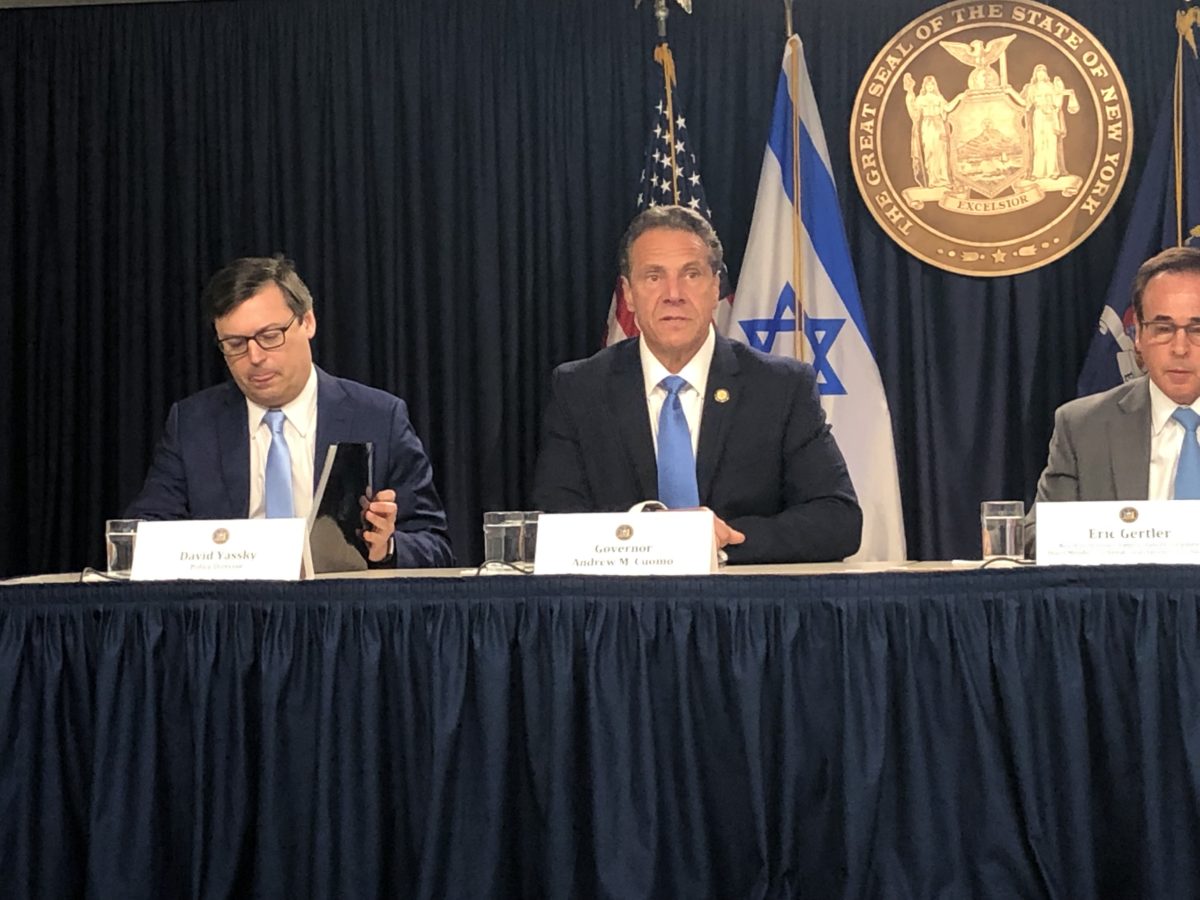 Details: The legislation includes a first-in-the-nation domestic terrorism law that classifies any attack on a group based on race or religion as an act of terror, gives $25 million to religious nonprofit organizations vulnerable to hate crimes, provides an additional $2 million to support the state police’s hate crimes task force, and creates a statewide education curriculum on diversity and tolerance for students.

Paying tribute: The budget also included changes to the state’s new bail reform bill amid a rise in antisemitic violence. The bill, initially entitled the “No Hate in Our State Act,” was renamed the “Josef Neumann Hate Crimes Domestic Terrorism Act” in honor of Josef Neumann, who died of his injuries earlier this week, three months after the Hanukkah stabbing attack in Monsey last December.

Words of praise: Rabbi David Zwiebel, executive president of Agudath Israel of America, said in a statement that the fact Cuomo and the state legislature “came together at a time like this to enact this landmark anti-hate legislation while everyone is preoccupied with the coronavirus is an eloquent testimonial to our government leaders’ appreciation of the critical importance of combating antisemitism.” Ronald Lauder, head of the Anti-Semitism Accountability Project, who advocated behind the scenes for the passage of the bill, thanked the governor “for his unwavering leadership and commitment to this cause.”