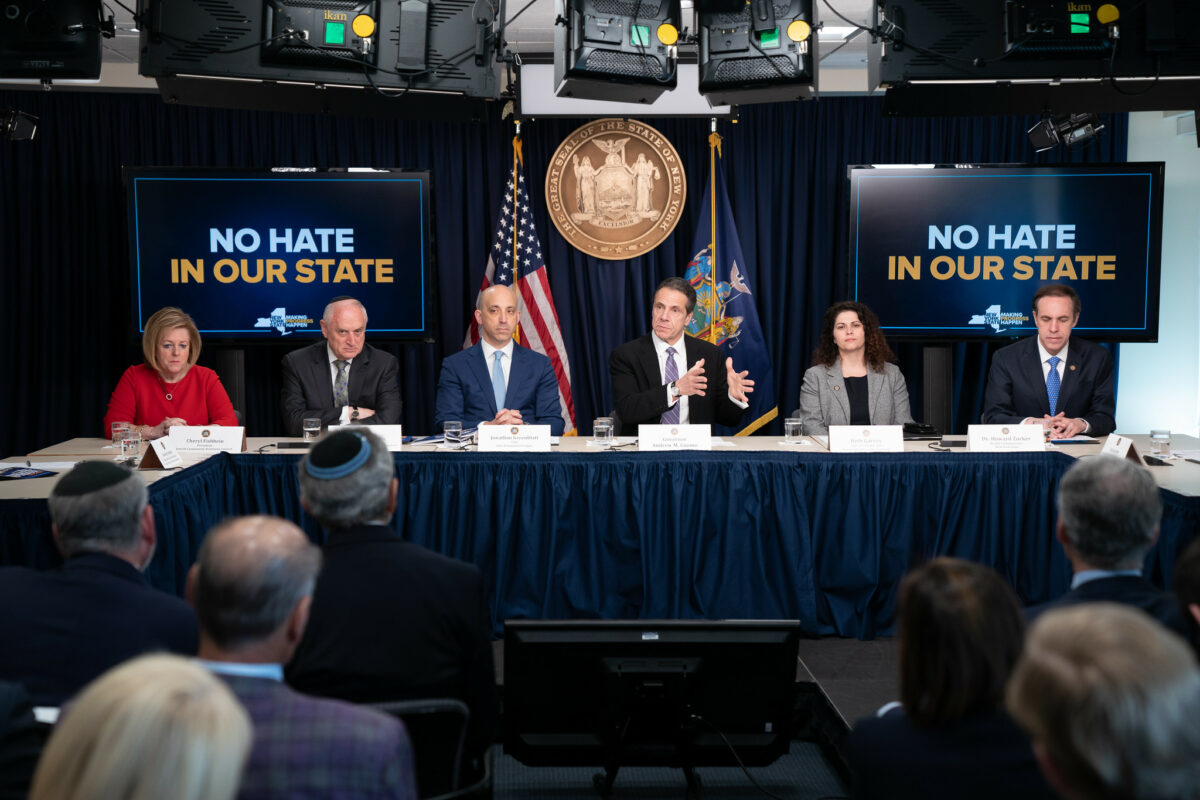 Governor Andrew M. Cuomo launches the “No Hate in Our State” campaign on Thursday.

New York Governor Andrew Cuomo apologized on Thursday to New York’s Jewish community for having to endure the pain of antisemitic violence under his watch. Cuomo issued the apology as he introduced a package of legislative measures to combat antisemitism in the upcoming April 1 budget. The governor spoke to Jewish Insider’s Jacob Kornbluh at a press conference following a meeting with Jewish leaders in midtown Manhattan.

Details: The package includes a first-in-the-nation domestic terrorism law, $25 million for religious nonprofit organizations vulnerable to hate crimes, an increase of $2 million to support the state police’s hate crimes task force, and a statewide education curriculum on diversity and tolerance for students. The Cuomo administration also launched a new website and an online petition to express support for the initiatives to combat antisemitism and hate.

We can do better: Following a roundtable with leaders of major Jewish organizations, Cuomo said, “This issue has caused me great personal pain, and my family personal pain, and families all across this nation should be embarrassed by this. I know I speak for every good New Yorker who disassociates themselves from these acts of cowardice and vengeance and hate. We’re sorry and I apologize to the Jewish community of this state that they had to go through this.”

Talk is cheap, action matters: Cuomo told JI that while authorities can punish hate crimes, treat them as domestic terrorism and implement security measures to help prevent such attacks, ultimately “you can’t legislate stopping hate.” But he emphasized that introducing such measures would reassure the Jewish community that the state is taking the issue seriously and it will not be tolerated. “It is not just what you say, it is what you do,” Cuomo said, “What does the state do after you have 22 acts of antisemitism? What does this nation do? I can tell you what New York does — we act. We pass the nation’s first legislative agenda that says loudly and clearly that we won’t tolerate this.”