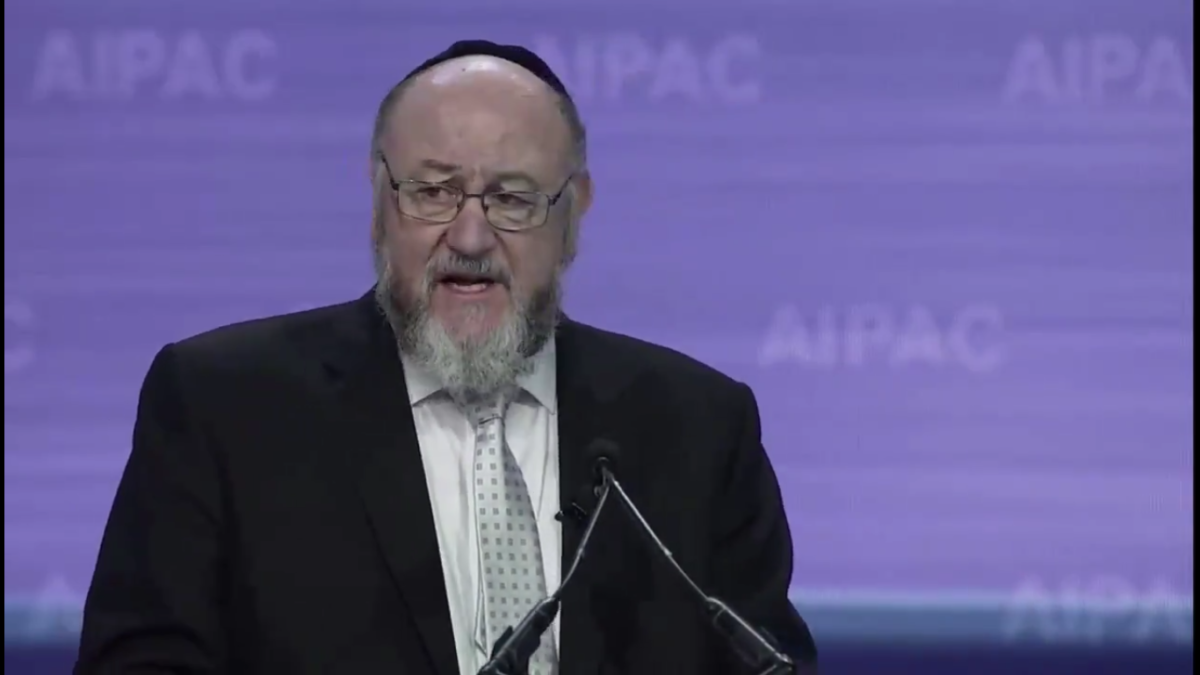 Addressing AIPAC’s policy conference on Tuesday, U.K. Chief Rabbi Ephraim Mirvis implored American Jews to take a lesson from the recent defeat of the British Labour Party to lock arms and speak out with one voice against hatred and antisemitism. “Please use your influence fearlessly and with courage,” he said.

How we got it done: Mirvis said that in the last U.K. general election, he made the unusual decision to call Labour leader Jeremy Corbyn unfit for office, a move the rabbi told JI came after consultations with key Jewish figures and organizations. Mervis explained that the message came across “because on the matter of antisemitism we have always acted as one… and the results are there to be seen.”