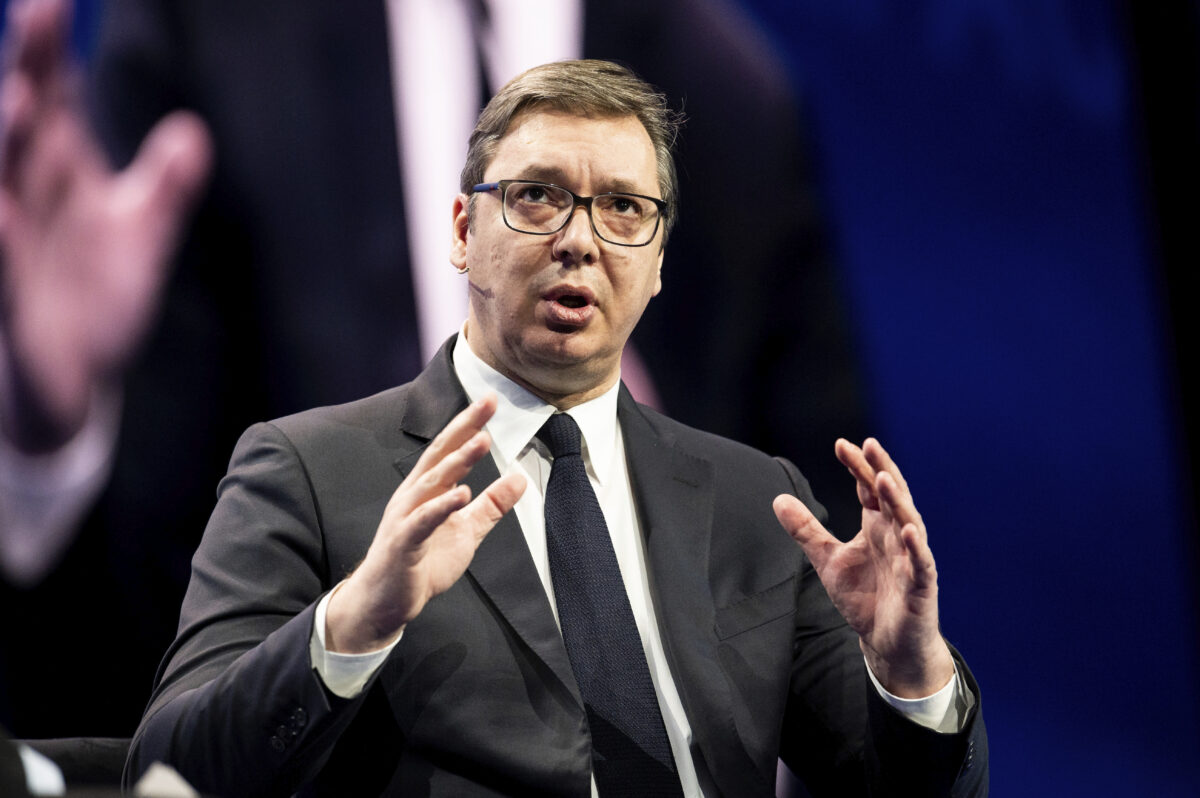 Serbian President Aleksandar Vučić spoke with Jewish Insider after announcing that his country will open a diplomatic mission and an economic office in Jerusalem at AIPAC’s policy conference on Sunday. “It’s an official state office, and yes we’re going to do it,” Vučić told JI. “We need to improve our relations not only with [the] Israeli people but also our great relationship with Jewish people all over the world.”

Call me, maybe: When asked about opening a Serbian embassy in Jerusalem, Vučić demurred, saying only “we’ll speak about it next time.” He told JI, “I feel no pressure from anything because it’s well known that we are an independent, sovereign country.”

Why it matters: The Serbian president said the new economic mission “will deepen ties” between the two countries and allow Serbia to take advantage of Israel’s hi-tech advances. “Beersheba became a dream of Serbia as well. It was nothing, a desert, and now there’s 300,000 people working there in cyber and otherwise,” Vučić said. “We have young talented people, and if we strengthen our ties, we can get more done.”

Dealmaking: Vučić also said that “we want to buy some arms and weaponry from Israel.” He said he planned to approach Prime Minister Benjamin Netanyahu following the country’s election to broker such a deal.

Safe place for Jews: The Serbian president asserted that, unlike many other Western nations, there is no antisemitism in his country. “We really believe in truth of the Holocaust,” Vučić told JI. “We suffered a lot, and we know that you suffered the most, and we know that it really happened… It’s something that we truly believe in, and that’s the difference between us and all the others.”

Controversy: The invitation to Vučić to speak at the AIPAC conference was met with dismay by some groups due to his authoritarian-like rule in Serbia. Forward opinion editor Batya Ungar-Sargon wrote that Vučić’s appearance — “a man who still hasn’t apologized for a Muslim genocide that he justified” — only proved Sen. Bernie Sanders right in his decision to skip the event.