Opinion: Lessons on tackling antisemitism, from the British experience

U.K. Chief Rabbi Ephraim Mirvis warns that hatred of Jews 'can take the shape of whatever political or social philosophy chooses to use it' 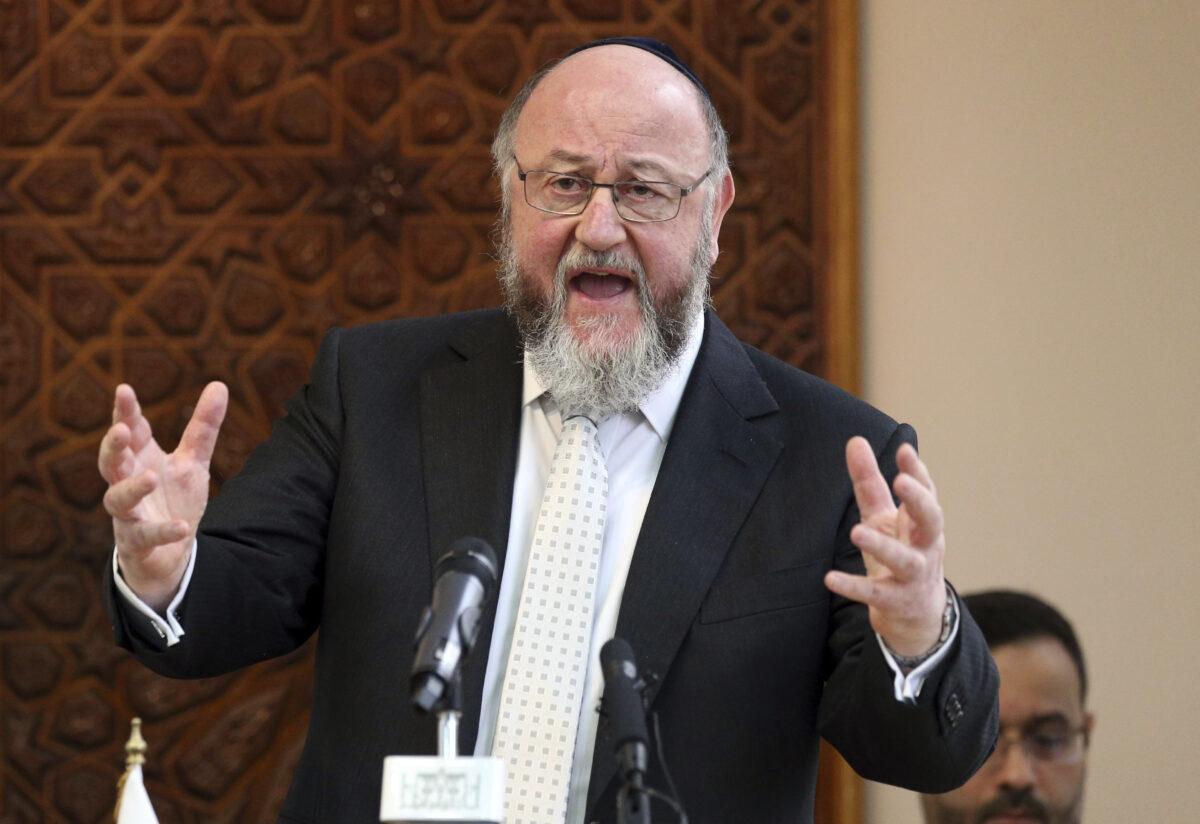 Recognizing antisemitism used to be relatively straightforward. A person who marches under a Nazi flag, shouting, “Jews will not replace us” — as so many did in Charlottesville — is easily identifiable and often, even proud of their hatred for Jews. But, antisemitism is hatred in liquid form and can take the shape of whatever political or social philosophy chooses to use it. It has a unique ability to adapt and change with circumstances, finding new proponents and vehicles and clothing familiar tropes in new guises. It has become more difficult to recognize.

In the U.K., the Jewish community has been battling against far-left antisemitism for several years. It is not that anti-Jewish hatred on the far-right has disappeared, just that it has more limited political credibility. Across Europe and elsewhere, however, antisemitism has crawled back and lodged itself into mainstream political discourse on both the left and the right. The far-right think nothing of demonizing high profile Jews as wealthy, manipulative puppet-masters, whilst the far-left think nothing of casting Zionism as the new Nazism.

Recent evidence suggests that unexpectedly, the United States has become one of the next battlegrounds — something that only a few years ago would have seemed unthinkable. More than a third of American Jews report that they have personally been the targets of antisemitism over the last five years. That is why I used my visit to Washington this week for the AIPAC Policy Conference to share some of the key lessons of the British experience.

There are several lessons, but they all flow from a single, inescapable principle: Antisemitism must be held above the realm of partisan politics. The moment that tackling anti-Jewish hatred becomes more of a political point scoring exercise than the merciless pursuit of bigotry and prejudice, the battle against it will be lost.

In practice, this means that figures on the left must lead the charge against left wing antisemitism just as those on the right must face down the anti-Jewish hatred which emanates on the right. Both Democrats and Republicans have their work cut out for them. Both must resist the temptation to judge their own responses to the problem by what they each perceive to be the low standards set by the other. It is easy to criticize the prejudice of one’s political opponents, but those who really care about fighting racism will call it out even when it is politically inconvenient to do so.

It also means avoiding hyperbole and personal attacks. As the tone of political debate sinks ever lower, it can be hard not to respond in kind. In my experience, temperance, patience and nuance are far more powerful allies in the long term than shrill soundbites which might generate cheap headlines in the short term.

Clarity of definition is invaluable. The International Holocaust Remembrance Alliance (IHRA) working definition of antisemitism is both clear and objective. Those who reject it must be confronted and those who accept it must be held to it. In our post-election U.K., 641 out of 643 members of Parliament have now stated publicly that they accept this definition. The public is left to draw its own conclusions about the two who have not. Lawmakers in the U.S. should be held to the same standard.

Finally, it is essential to be wise to the sinister formulation, favored by many antisemites, of “good Jews” and “bad Jews.” This formulation provides cover for the antisemites to maintain their animus towards Jews, by claiming an affinity (even a legitimate one) with other, “better” Jews in a different context. Understanding this formulation can render a whole host of familiar claims, weak and unconvincing: “I am not an antisemite because my hostility is reserved for Zionists/I have Jewish friends/I have Jewish heritage/I have a long record of fighting anti-racism.” None of these claims necessarily preclude anti-Jewish hatred as defined by the IHRA definition.

Jean Paul Sartre was right when he said, “If the Jew did not exist, the antisemite would have to invent him.” This is because anti-Jewish racism is a symptom, true across the globe and across time, of disquiet and unease in a society with a desperate need for someone to blame. The caricature of the Jew is as appealing a scapegoat to those who want to “strike upwards” against the privileged, as it is to those who want to “strike downwards” against those who are simply different.

In this world of social media trolls, fake news and political polarization, an increase in antisemitism should perhaps come as no surprise. Far too many political leaders, however, would rather deny it, ignore it or blame others for it. We must hold them to a higher standard and demand that they show an increasingly rare unity of purpose and join together to take responsibility for rooting it out. Because what starts with the Jews never ends with the Jews.