'The idea is to be a liberal voice that advocates and educates around issues, not in support of political candidates' 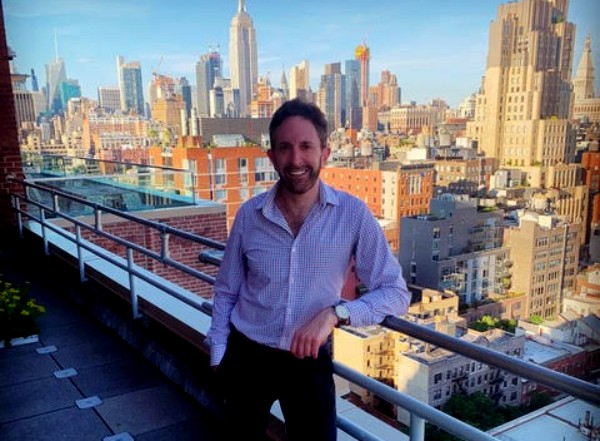 Sensing an opportunity for a New York organization that is focused on both domestic policy and Israel with a left-wing tilt, a group of local Jewish leaders and activists on Monday formally launched a new nonprofit advocacy group called the New York Jewish Agenda.

Mission: In an interview with Jewish Insider, Nosanchuk, the group’s president, said the goal is to be a voice for liberal Jews in New York to advance social justice issues and combat antisemitism. The group will also advocate for “supporting a democratic Israel” and work to engage allies within and beyond the Jewish community. “The idea is to be a liberal voice that advocates and educates around issues, not in support of political candidates,” said Nosanchuk, who served as a White House Jewish Liaison in the Obama administration. “We believe that in New York there’s a strong core of liberal Jews, whose voices haven’t been brought together in an essential address. We all agree there’s a void that needs to be filled, and that’s what we are intending to do — be a cross-denominational and intergenerational voice.”

Kickoff: The group held its first organizing conference call on Monday via Zoom to discuss the government’s response to the coronavirus pandemic. Speakers on the call included Nadler and New York Lt. Gov. Kathy Hochul. “We felt it was important to bring people together, even during these times when we are all socially distanced, to talk about the response to the crisis,” Nosanchuk told JI. “This is an issue that touches all New Yorkers and we wanted to take this opportunity to be the essential address that we are aspiring to be.”

Statement of solidarity: At the start of his remarks, Nadler pointed out that in the age of physical and social distancing, “it’s very important for us to come together as a community to feel a togetherness and solidarity.” The senior New York lawmaker explained the importance of a group that works to “amplify the voices of liberal Jews in this way. We haven’t had an organization like this in [about] 25 years that comes from a left-wing Jewish perspective.”

Future plans: The group is planning to hold a number of in-person and digital events between members of the community and local and state elected officials, in addition to grassroots outreach. In January, the group circulated a letter of more than 100 leaders and spoke out against changes to the state’s new bail reform bill amid a rise in antisemitic violence.

United front: Kleinbaum said on the conference call that the group is focusing on New York to “solidify the liberal Jewish voice here, to strengthen and support those elected officials who represent us so beautifully, that are fighting the forces of evil — and I don’t use this word lightly — in this country right now — the federal government we have to face with.”