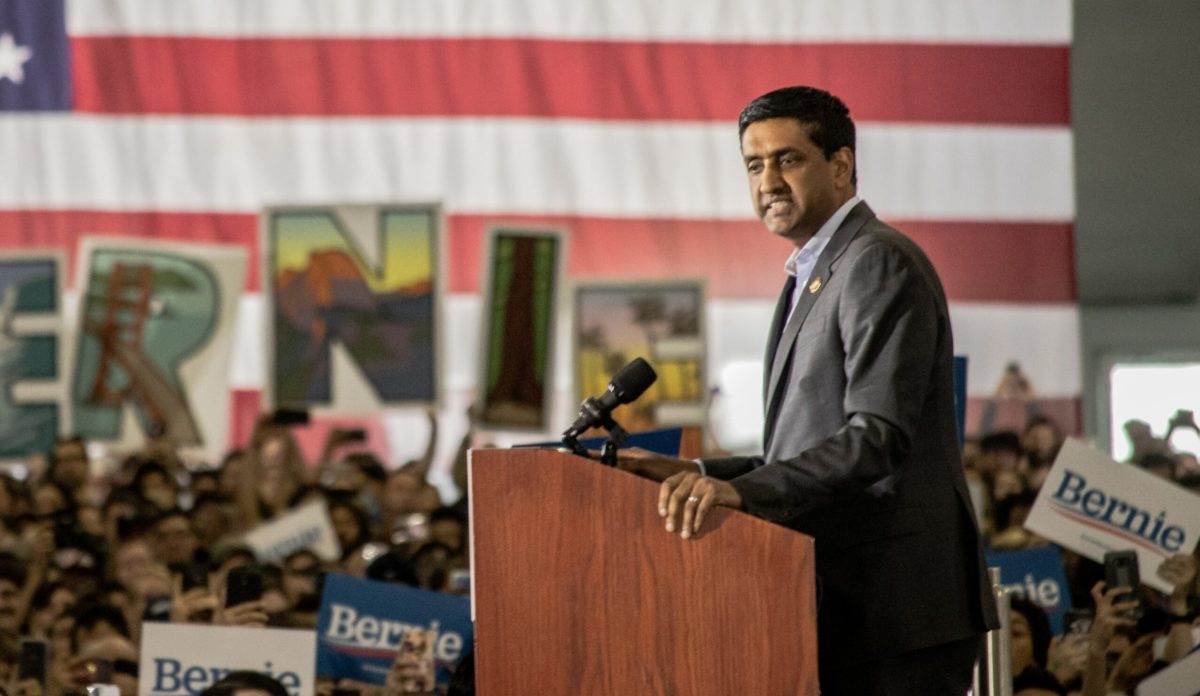 Some U.S. lawmakers are urging Washington to lift sanctions on Iran, citing the Islamic Republic’s struggles as its number of coronavirus cases surpasses 17,000. Sen. Bernie Sanders (I-VT) tweeted in support of loosening sanctions — including financial — while Iran addresses the pandemic that has killed more than 1,100 of its citizens.

No strings attached: Those sentiments were echoed by Rep. Ro Khanna (D-CA), who told The National Interest that humanitarian aid should not be conditioned. “The purpose of humanitarian aid is to save lives, and that has to take priority over any immediate political objective,” he said. “We need to be engaged in the world, providing the leadership, and solving the pandemic, and giving help to countries that need it.”

No thanks: The Islamic Republic reportedly rejected a U.S. aid offer earlier this month. Speaking at a cabinet meeting, Iranian President Hassan Rouhani said the country would not accept assistance from Washington, alleging that America’s “vicious” sanctions were depriving Iranians of food and medicine.

Foggy Bottom view: Secretary of State Mike Pompeo urged Tehran on Tuesday to release American hostages as a humanitarian gesture amid the coronavirus pandemic. But at the same time, Pompeo insisted that the administration will not ease sanctions on Iran, and announced the blacklisting of nine entities based in South Africa, Hong Kong and China — as well as three Iranian individuals — for engaging in “significant transactions” of sanctioned Iranian petrochemicals.

Changing behavior: Dennis Ross, a former State Department Middle East advisor, told JI that medical supplies should be sent unconditionally, but any sanctions relief should come in exchange for altered behavior. “First, we should do whatever we can to make sure medical supplies (masks, ventilators and drugs) are sent to Iran and nothing should impede their delivery. There should be no sanctions on anyone who would provide or deliver it. Second, broader sanctions relief should not be provided without a change in Iranian behavior,” Ross told JI. “The Iranians are behind the Shia missile attacks on Iraqi bases where our forces are — they are not becoming less aggressive in the region or walking away from the limits in the JCPOA. So provision of humanitarian assistance should be facilitated, not made more difficult. But broader sanctions relief must remain tied to Iran’s behavior.”

Redirecting funds? Mike Doran, a senior fellow at the Hudson Institute, tells JI: “The people who are pushing hardest for sanctions relief on a humanitarian basis were the ones most opposed to sanctions in the first place. Mechanisms exist to provide assistance to Iran to fight the coronavirus. What the U.S. should not do is provide cash to the regime, in the form of loans or grants. The regime will simply use it to fund its terror machine, which is as active as ever across the Arab world.”

Deja vu: Behnam Ben Taleblu, a senior fellow at the Foundation for Defense of Democracies, suggested that lifting sanctions will enable Iran to continue to expand its role in the region — “not on the Iranian national interest or public good, but on what has made and sustained this regime to be the world’s foremost state sponsor of terrorism for four decades.” Taleblu tells JI that “there is a test case for what happens when you give the Islamic Republic cash — pallets of it in fact — [it] was called the JCPOA implementation era. That era set the predicate for the kinds of Iranian escalation we see today.”

One possible solution? “There is a way for Tehran’s leaders to begin to stem the spread,” Taleblu said. “Call for quarantines, end trade/travel with China and other hotspots, and most importantly stop spending on terrorism and missiles and devote what’s left of Iranian coffers for the public good,” he posited. “They can also use the new mechanism established by the Swiss — with help from the U.S. Treasury — for additional humanitarian trade. And they can use the money left in oil escrow accounts abroad to purchase what they need.”