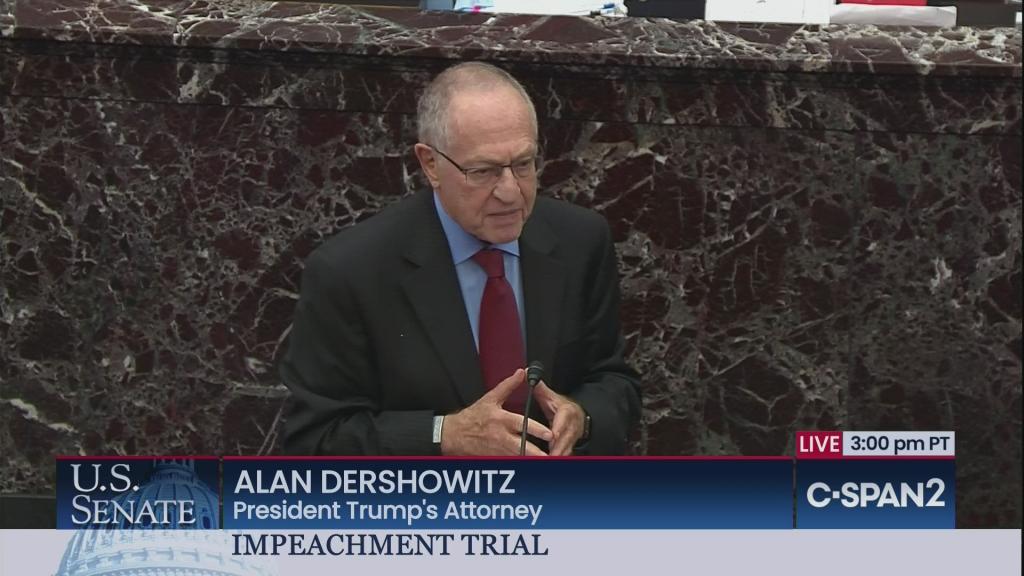 Harvard Law professor Alan Dershowitz pushed back against criticism by Sen. Mitt Romney (R-UT) on Wednesday, after the Republican lawmaker lambasted the attorney’s defense of President Donald Trump during last week’s oral arguments in the Senate impeachment trial. Widely panned at the time, Dershowitz said that a president can’t be impeached for pursuing a political advantage if he believes his re-election is in the national interest of the U.S.

Refuting the defense: In an interview with The Atlantic’s McKay Coppins, in which Romney said he would vote in favor of impeaching the president on the count of abuse of power, the senator noted, “I had Professor Dershowitz for criminal law in law school, and he was known to occasionally take his argument to its illogical conclusion.”

Cross-examination: Romney said that he wasn’t swayed by Dershowitz’s case against impeachment. Coppins describes a hypothetical situation Romney posed during the interview, in which the president pardoned every imprisoned Republican, while keeping every Democrat locked up. “There’s no law against that!” Romney said. “So it’s not a crime or misdemeanor. But it’s obviously absurd.”

Yes he can: “President George H.W. Bush misused his pardon power to pardon Casper Weinberger and other potential witnesses against him in order to end the special prosecutor’s criminal investigation of Iran Contra,” Dershowitz explained.