Nir Barkat gets behind Netanyahu in Likud leadership race 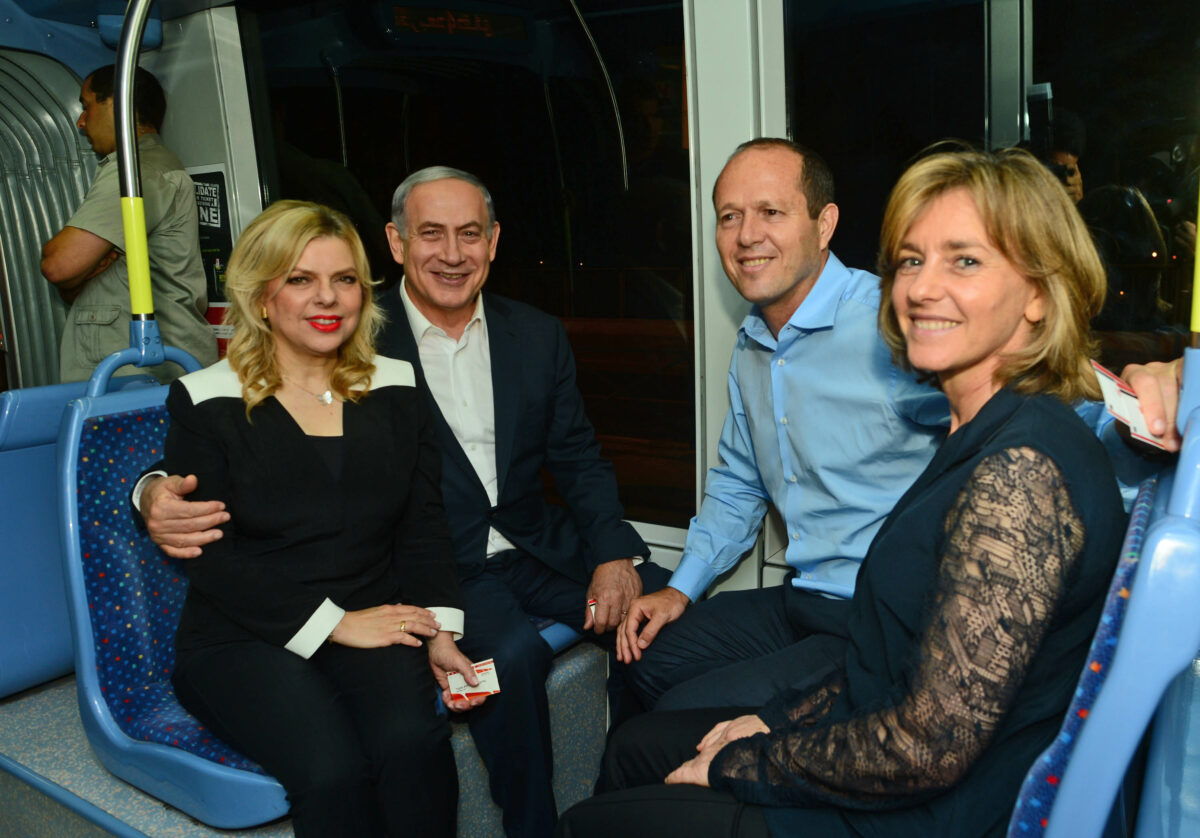 Prime Minister Netanyahu and his wife Sara, with Nir Barkat and his wife Beverley ride the Light Rail in Jerusalem on July 20, 2015

Knesset Member Nir Barkat (Likud) discussed the current political crisis in Israel, his future in the Likud party and U.S.-Israel relations in an interview with Jewish Insider during a visit to the U.S. this week.

Commenting on Israel’s political crisis, as voters are headed to the ballot box for the third time in less than a year, Barkat maintained, “That’s the price of democracy, and unfortunately we’re paying it right now.” The former Jerusalem mayor described the yearlong deadlock as a “sad” moment for Israel and “tough” for him personally. He said he is someone who seeks common ground and unity, and regrets yet another divisive and ugly campaign. “My heart is, in many ways, quite broken — because we wanted to see how we work together,” he explained. “Hopefully it will change, but it’s hard times, really hard times.”

Likud primaries: The former two-term mayor of Jerusalem was elected to the Knesset in the April 9 vote, and is already polling at the top as the next Likud leader. But he will be backing Prime Minister Benjamin Netanyahu against a challenge by MK Gideon Sa’ar in this month’s primary out of “respect” to the incumbent leader. While he refused to question Sa’ar’s leadership skills, Barkat predicted that not only will Netanyahu win big on December 26, but his colleague will also “pay a price in the future” because he’s “broken the rules” and violated the “values” of the Likud party by running against Netanyahu.

Next in line? Recent polls place Barkat in first place or a close second to succeed Netanyahu as the next Likud leader among primary voters. He’s a close ally of the prime minister and his wife, Sara. Likud voters appreciate people with demonstrated experience and loyalty to their leader, Barkat said of his dramatic rise in popularity with party voters. “I’m a team player,” he added.

Appealing to American Jews: “As mayor of Jerusalem, I worked with all of the Jewish leaders in a bipartisan way, focusing on the common denominator between all people, and Jerusalem stands as a city that belongs to all people,” Barkat said. “In my heart, I’m a connector. I seek cooperation. I’m not a divider. I am Israeli all my life, but my business orientation is American. I know how to do business in America. And so the goal is to connect all Jews to Israel and to connect Israel to all Diaspora Jews. And I see this as one of the more important roles I will play in the future.”

2020 watch: The hawkish lawmaker said he’s “very optimistic” that Likud will maintain a working relationship with whoever is in the White House, even a progressive Democrat. “The United States and Israel are strategic allies. We have had Democratic and Republican presidents and we had Likud and non-Likud prime ministers, and throughout those times we always found historically the common denominator,” Barkat explained. “And so I believe — and it’s also based on history — that we will always work together as allies in spite of some potential differences here and there. You know, every married couple, sometimes, has their challenges. We must know how to overcome those challenges. I am not concerned.”