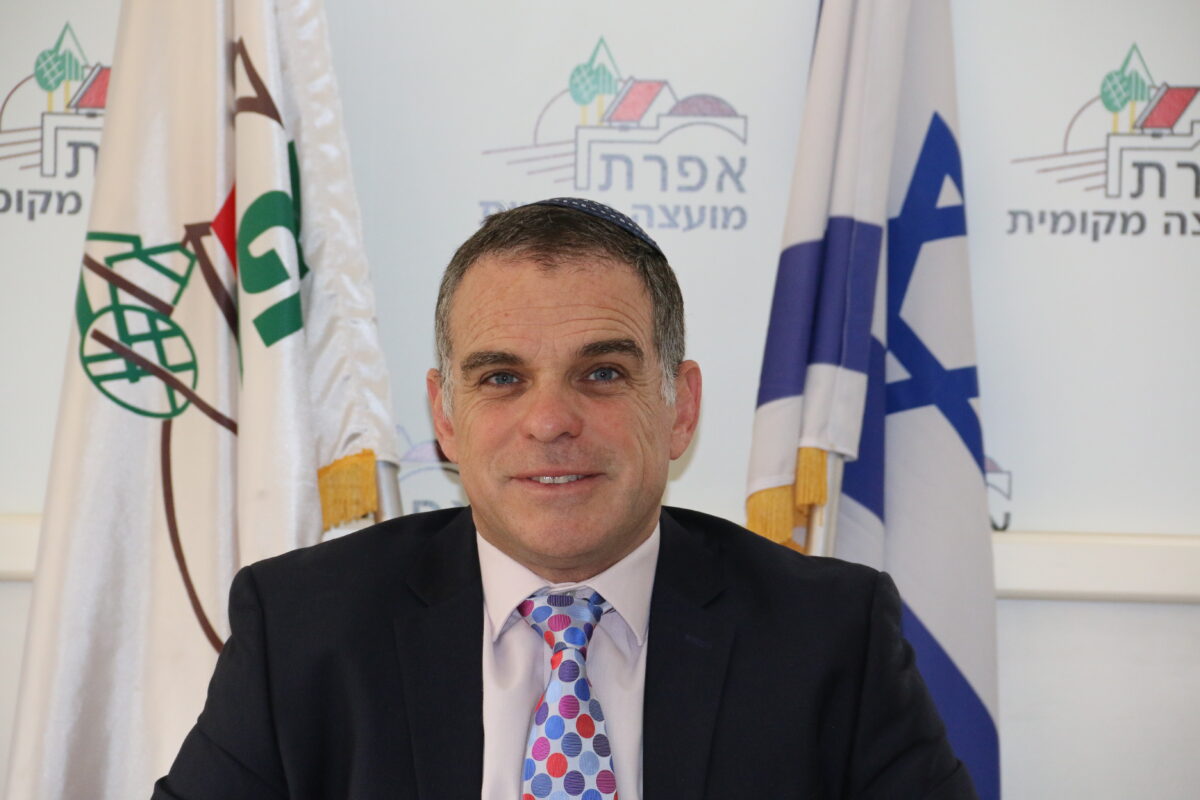 Oded Revivi, mayor of Efrat and the chief foreign envoy of the Yesha (the Hebrew acronym for Judea, Samaria and Gaza) Council, discussed the Trump administration’s settlement policy and the political crisis in Israel in an interview with JI’s Jacob Kornbluh during a visit to New York this week.

Take what you can get: Revivi, who attended Trump’s inauguration and maintains close ties with the administration, suggested that the president’s recent moves on Israel should be taken at face value under the banner of ‘America First’ and with an eye to 2020. “Israelis should take whatever they can get and make the most out of it,” he said. Revivi pointed to Secretary of State Mike Pompeo’s announcement of the administration’s reversal on Israeli settlements as “the strongest example” that Trump is focused on strengthening his base for his re-election bid. The declaration, he explained, was delivered at a time that didn’t suit Israel’s political calendar and will not benefit the settler community until a new government is formed next year.

Off-season gift: “Both [Prime Minister Benjamin] Netanyahu and [Blue and White leader Benny] Gantz received his gift, put it on the table; they understand that the correct thing is to say, ‘Thank you very much,’ but neither one had the time to take the wrapper off the gift and start implementing it,” he explained. “In the fastest scenario, we will have a government in May or June, and by then nobody will remember what Pompeo had declared. Trump needed it in order to start his 2020 campaign.”

Annexation watch: Revivi indicated that Netanyahu is not pushing hard enough, despite recent comments on the campaign trail, in seeking U.S. support for the annexation of the Jordan Valley. “Most Israelis are skeptical whether Netanyahu or Gantz will annex the Jordan Valley because so much time has passed and nothing has been done,” he explained. And given the political situation, the settler leader posited, Trump may think that Netanyahu is incapable or uninterested in carrying it out.

Never-ending crisis: According to Revivi, the political instability in Israel and the dim prospects of forming a right-wing government in the near future are “frustrating” for most Israelis but especially for local municipalities and the communities he’s representing. He blamed all parties for refusing to compromise their positions in order to form a functioning government. Revivi tells JI that in private conversations, Netanyahu shares his confidence in eking out an outright win on March 2, 2020. “He’s convinced that in this election, he’s going to manage to get to 61 seats.”

Likud primaries: Revivi tells JI that he’s under immense pressure from both Netanyahu and his primary challenger, MK Gideon Sa’ar, to announce his support for one of the candidates ahead of next Thursday’s leadership ballot. Revivi said that his deliberations are based on showing his gratitude to the incumbent Likud leader for “all the good things that he’s done for us” in the past 10 years and agreeing with Sa’ar’s claim that Netanyahu has failed to maintain his party’s rule in two consecutive elections. “At the moment, I have decided not to take any public stance on who am I supporting,” he said. But he did question whether Sa’ar will be able to form a government to deliver on the hawkish views he’s currently presenting to voters.

2020 watch: Asked whether Israelis are preparing for the possibility that Trump might not get re-elected, Revivi said that a majority of Israel is not giving any thought to what the U.S.-Israel relationship would look like if one of the progressive Democratic candidates get elected.