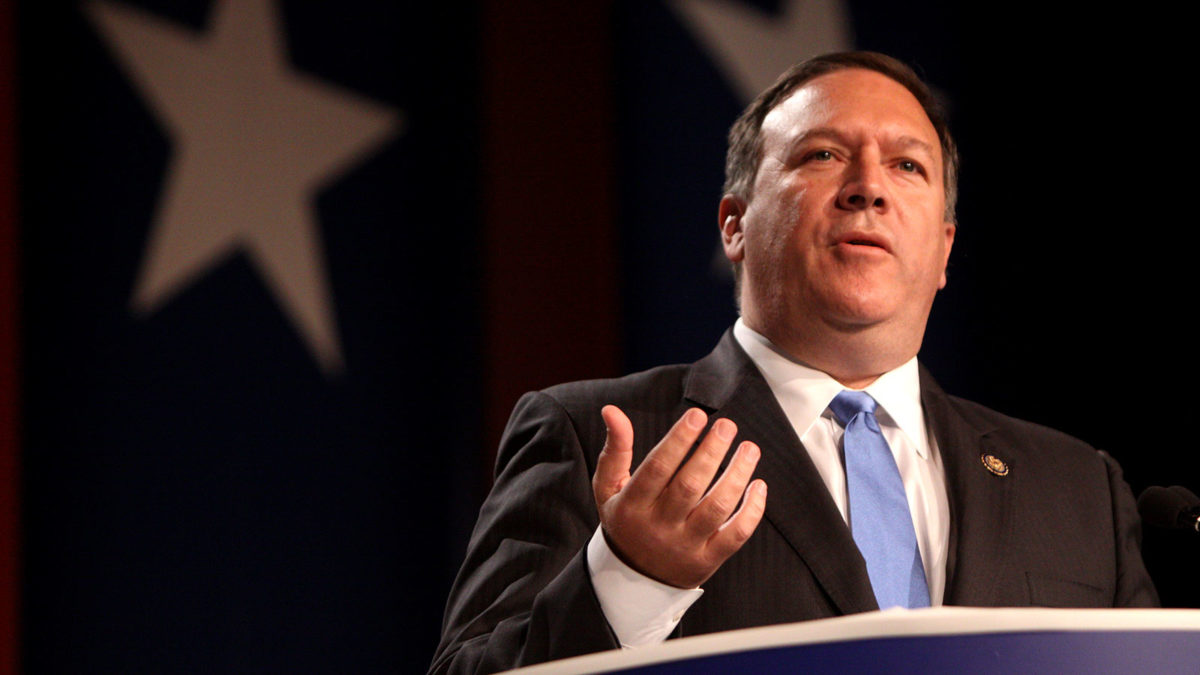 Secretary of State Mike Pompeo announced Monday that the United States would repudiate its longstanding view that Israeli settlements in the West Bank are illegal.

Speaking at a press briefing in Washington, Pompeo asserted the new U.S. position that “the establishment of Israeli civilian settlements in the West Bank is not per se inconsistent with international law.”

The statement marked a reversal of a Carter administration legal opinion that said settlements are “inconsistent with international law.” Although administrations have disagreed with the opinion, which cites Article 49 of the Fourth Geneva Convention as its legal basis, none formally withdrew it.

The announcement comes a week after the European Commission announced new guidelines for labeling products that come from Israeli settlement in the West Bank and the Golan Heights. At the same time, Israel remains in a state of political uncertainty following a series of inconclusive parliamentary elections. Incumbent Prime Minister Benjamin Netanyahu has been unable to form a government as he faces ongoing criminal investigations. His top rival, Benny Gantz, has similarly been unable to form a majority coalition.

The move may serve as a boost for Netanyahu, who campaigned earlier this year on Israel formally annexing parts of the West Bank.

Following the announcement from Foggy Bottom, Netanyahu praised the decision, saying, “This policy reflects a historical truth – that the Jewish people are not foreign colonialists in Judea and Samaria. In fact, we are called Jews because we are the people of Judea… Israel remains ready and willing to conduct peace negotiations with the Palestinians regarding all final status issues in an effort to achieve a durable peace but will continue to reject all arguments regarding the illegality of the settlements.” His comments were echoed by Gantz, who said, “The fate of the settlements should be determined by agreements that meet security requirements and promote peace.”

Pompeo denied that the announcement was tied to the Israeli political situation. “The timing of this was not tied to anything that had to do with domestic politics anywhere,” he said. “We conducted our review, and this was the appropriate time to bring it forward.”

Dr. Mike Evans, founder of the Friends of Zion Museum and an evangelical advisor to Trump, suggested in an interview with Jewish Insider that the timing was intentional. “Guess what Donald Trump just gave Bibi? He just gave him something huge. He just sent a signal to Blue and White and all Israelis how he feels about Bibi Netanyahu,” he said. “And if they can’t take the hint, then they have lost their mind.”

For evangelicals, Evans said, the announcement was a “moral clarity” declaration that the land of Israel belongs to the Jewish people. “We feel like we’ve been kissed by God,” he said, adding that “this is a sign to us that the next move will be the recognition of Judea and Samaria.”