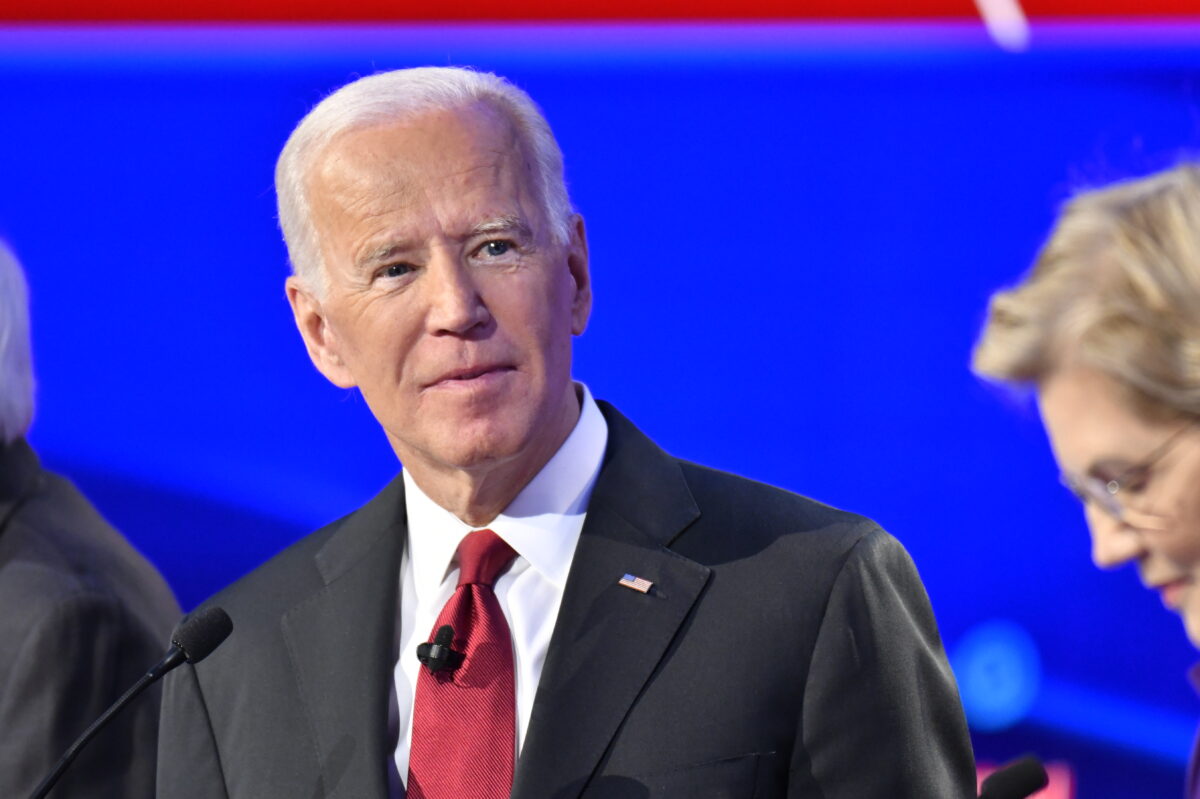 Former Vice President Joe Biden criticized Saudi Arabia under the leadership of Crown Prince Mohammed bin Salman Monday night at a CNN Town Hall. “There is very little social redeeming value of that administration,” he said, chastising the Saudis for violating international law and the human rights of their citizens in “the way they treat women and the way they treat their people.”

Speaking at Grinnell College, the elite liberal arts institution in central Iowa, Biden said there should be consequences for how the United States deals with Saudi Arabia after the murder of Washington Post opinion columnist Jamal Khashoggi. He also condemned continued U.S. support for the Saudi-backed coalition fighting in Yemen’s civil war and said he would curb arms sales to the Saudi regime if elected. He said the Saudis were “continuing a war that should not be underway to begin with, killing innocent people, all on the rationale that this has to do with Iran.”

He echoed familiar criticism of President Donald Trump for pulling out of the Iran nuclear deal in 2018. Biden said the decision to leave the 2015 agreement has left the United States — not Iran — as “the isolated country” and argued that the decision made it more difficult for the United States to rally allies against Iran in the wake of provocations like the September drone attack launched against Saudi oil fields by Iranian regime forces.

Biden also went after presidential rival Elizabeth Warren using some of his strongest rhetoric yet.

The former vice president criticized the Massachusetts senator’s attitude as “elitist” following a series of public disagreements over the efficacy of the Medicare for All plan, which Warren supports. Biden said Warren had the attitude that “We know better than ordinary people what’s in their interest” and at one point seemed visibly upset over her suggestion that he was running in the wrong primary. “Imagine if I said to her, ‘Well, you should be in the Socialist primary?’”

It represented an amplification of a line of criticism that Biden first introduced last week when he described Warren’s approach to politics as “condescending” and “my way or the highway.”   During Monday’s town hall, he noted the passive aggressive nature of their exchanges to date. “Let’s get something straight, she attacked me… She didn’t use my name any more than I used hers. She said, ‘Biden is a coward. Biden is in fact in the pocket of…’ and went down the list.”

The two will face off in person next week at the next Democratic primary debate in Atlanta, Georgia.