Jason Greenblatt teases that he may stay on at White House 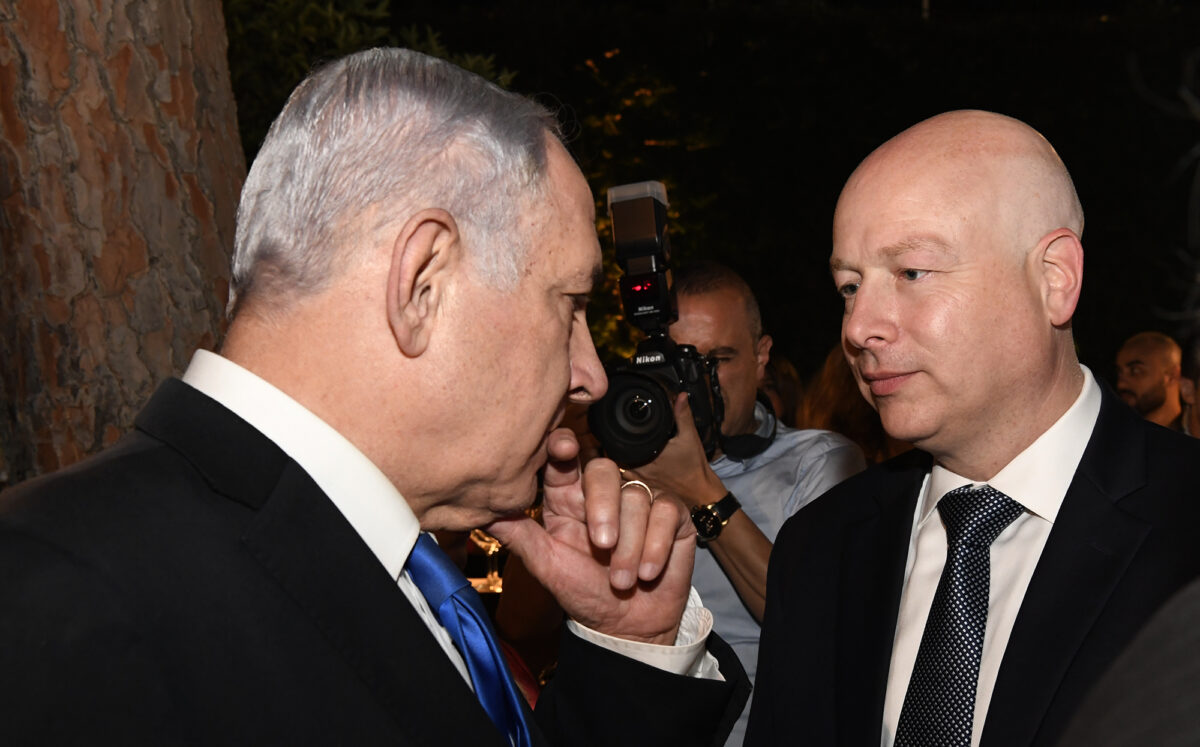 US Middle East special envoy Jason Greenblatt attends the inauguration of Pilgrimage Road in the City of David, Jerusalem June 30, 2019

In a White House known for sudden personnel changes and decisions, outgoing Mideast Envoy Jason Greenblatt revealed on Wednesday that he may continue on as the administration’s point person on the Israeli-Palestinian peace process. This comes a week after Greenblatt announced his planned departure from the White House, which prompted praise and well wishes from President Donald Trump, Israeli Prime Minister Benjamin Netanyahu and Secretary of State Mike Pompeo.

“Although I have announced my departure, I am trying to stay until the plan is launched,” Greenblatt said at an event hosted by Friends of the European Leadership Network (ELNET) at the Harmonie Club in New York City. Greenblatt, according to a recording obtained by Jewish Insider, added that, “If the plan is launched soon, I will stay. And if the plan is launched and we get traction, I hope to stay longer — and I have my family’s support for it.”

Greenblatt said that the White House debated before the April 9 election in Israel whether to release the plan but ultimately decided that it wouldn’t “be appreciated” by the Israeli public if it would appear that the administration was “interfering” in the election to favor Netanyahu.

During a televised address on Tuesday, Netanyahu said that he expects Trump to present the peace plan just days after the September 17 election.

Greenblatt said that while he doesn’t disagree with the prime minister’s assessment, the Trump administration has yet to make a decision whether to release the plan before the formation of a new government later this month. “I think there’s a good possibility that we will put it out after the election,” he said. “But I think we have to wait and see what happens with the election and what happens in the weeks following the election — in terms of what the coalition-building looks like. So no decision has been made yet.”