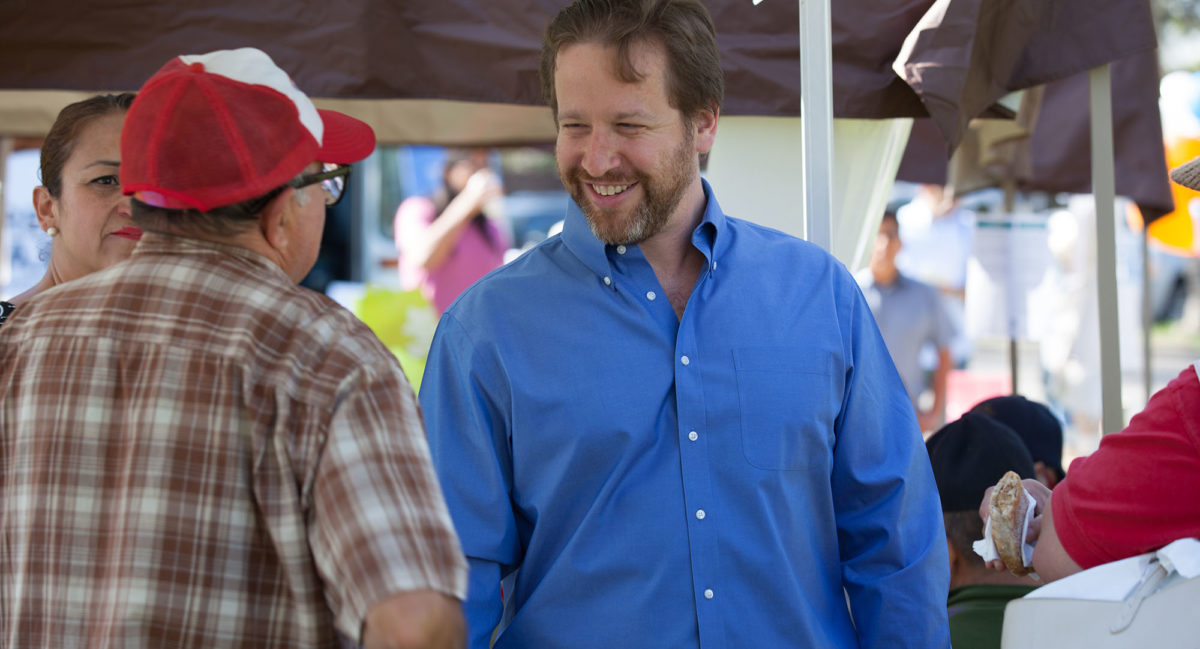 Los Angeles-based investor Joe Sanberg is considering joining the crowded field of candidates vying for the Democratic Party’s nomination for president in 2020.

Sanberg told the Los Angeles Times on Tuesday that he would uniquely talk about poverty “every hour of every single day” in a potential presidential run. “Everything I do, and the way I think and believe, is bound together by the notion of tikkun olam,” he declared in 2016.

Sanberg, the founder of CalEITC4Me, a statewide outreach program in California that helps low-income families claim the state and federal earned income tax credits and co-founder of several innovation-focused investment firms, has traveled to Iowa, Ohio and South Carolina to test the waters of a presidential run.

A supporter of policies like the Green New Deal and Medicare-for-all, Sanberg has dared President Trump to call him a socialist. “I’ve got to make the case on behalf of our party that our progressive positions are moral, and also the smart thing for our economy,” Sanberg said in March during an event with Senator Cory Booker (D-NJ) in Ames, Iowa.

While in Iowa a month later, Sandberg, who is Jewish, attended a Passover Seder hosted by J.D. Scholten, a Democrat who runs the Working Hero non-profit in Iowa. In 2018, Scholten lost his bid to unseat Rep. Steve King (R-IA) and to represent Iowa’s 4th district in Congress.

“The religiosity of that evening was light — a brief rundown by Sanberg on the Passover lessons of slavery and freedom followed by a rabbi explaining the elements of the Seder plate. Sanberg spent most of the evening in conversation with dinner guests, asking them about their own financial circumstances and how they felt things had changed since they were children. Afterward, the group’s members delivered leftovers to neighbors and homeless people.”

He has said the most important part of his identity is his Reform Judaism. After the Pittsburgh Tree of Life synagogue massacre last October, Sanberg tweeted, “I am Jewish.”

If he decides to run, Sanberg would be the 24th candidate to seek the Democratic nomination for president.