hobbs at the helm 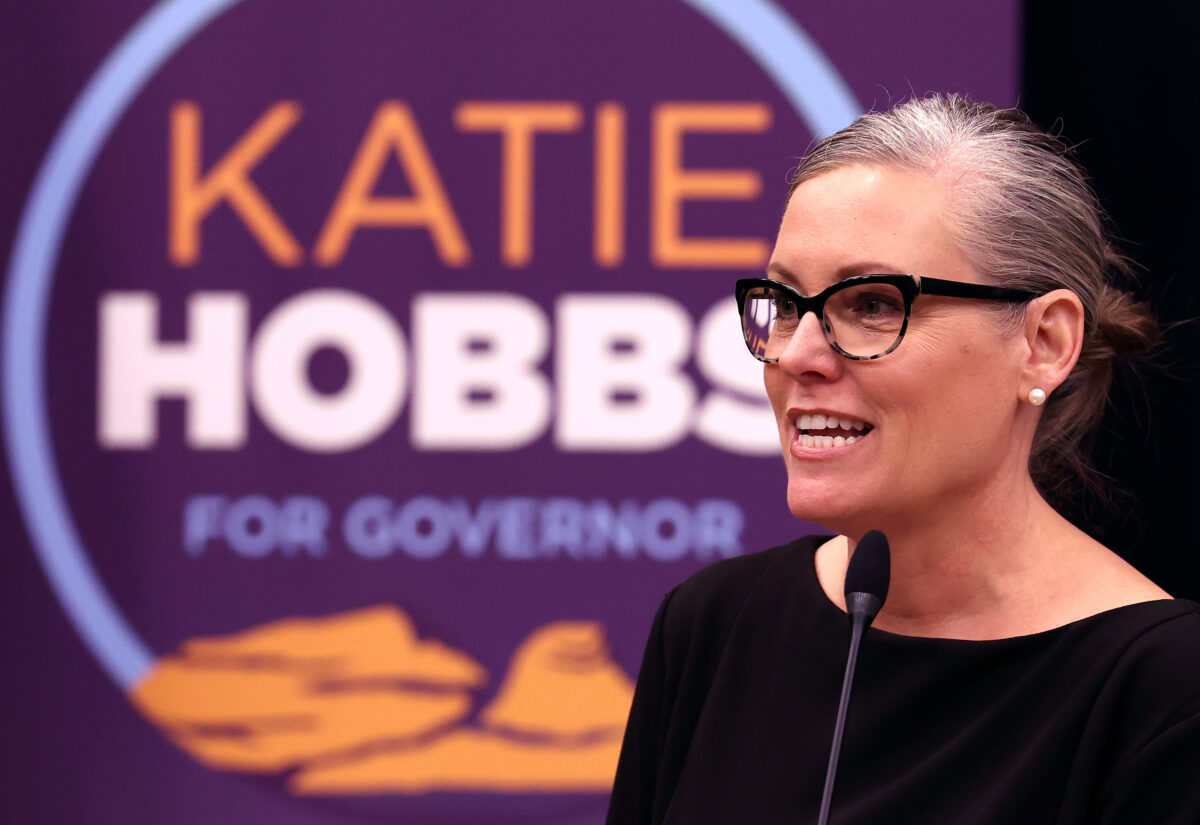 Katie Hobbs, the governor-elect of Arizona, gave a stark assessment of the current political landscape in an interview with Jewish Insider on Wednesday, describing a climate “more daunting” than she has “ever experienced” amid rampant election denialism that has “continued to stoke threats and harassment against government leaders.”

“It’s really a toxic environment,” said Hobbs, the outgoing secretary of state, who received hundreds of death threats over the course of the midterms.

But the newly elected Democrat, who won by more than 17,000 votes, still voiced a triumphant note as she prepares to assume office in just a few weeks — notwithstanding her far-right opponent, the former TV news anchor Kari Lake, who recently filed a lawsuit challenging the election results.

“That being said,” Hobbs, 52, explained, “I think that voters sent a strong message, not just in Arizona but across the country, that they want leaders who are going to walk away from that and focus on the issues that really matter.”

Even as political observers had questioned her campaign strategy during the general election, which ranked among the most bruising of the midterms, Hobbs said she was always confident about her prospects. “I understand people’s concern,” said Hobbs, who faced scrutiny for refusing to participate in televised debates, among other unorthodox tactics. “They were really scared about the outcome of this election.”

Lake, who embraced a number of extreme views, drew particular criticism from Jewish leaders and other political observers as she struggled to distance herself from several white nationalist and antisemitic figures associated with the fringe right.

Speaking with JI, Hobbs suggested that her Republican rival had shown she was unfit for Arizona’s top job when she posed with a Nazi sympathizer and endorsed an Oklahoma state Senate candidate who had claimed “the Jews” are evidence that “evil exists,” among other bigoted comments.

“It is not leadership to stand by and not speak out against antisemitic rhetoric or other actions,” Hobbs argued, adding that it is “incumbent upon anyone” to disavow hate — not least a candidate for statewide office. “That obviously doesn’t necessarily change behavior,” she clarified. “But it’s really important for leaders to set that kind of tone.”

Aside from the bully pulpit, Hobbs said she is committed to addressing a rise in antisemitic incidents, citing such efforts as strengthening hate crimes legislation, providing security funds to places of worship and working closely with law enforcement officials to thwart potential attacks.

“Every time there’s some big act nationally,” she said, “you can look back and connect dots and see, like, ‘Oh, yeah, this was something waiting to happen.’”

Hobbs, who rose to prominence as a frontline defender of Arizona’s presidential election results, expressed appreciation for what she characterized as robust backing from the sizable minority of Jewish voters across the Copper State. “Their support was important not just in this election, but in my previous election as secretary of state,” she said.

During her first campaign for statewide office in 2018, Hobbs, a former state legislator, competed against a Jewish Republican businessman, Steve Gaynor, who also entered the governor’s race this cycle but withdrew before the primary. “I really enjoyed strong support from the Jewish community,” Hobbs told JI, “something that I’ll continue to work on.”

Hobbs said the issues she hears about from Arizona voters are “pretty common,” and “don’t necessarily stay within the boundaries of religion or race or even party.”

“But the one thing that’s specific to the Jewish community is support for Israel,” she went on. “It is an important relationship for the United States, and Arizona has a really special relationship with Israel. We have a trade office there. For me, it’s really important to continue that support.”

For Hobbs, one area of mutual interest is addressing Arizona’s worsening water crisis through such measures as desalination, a technology developed by Israel. “I know the current governor has gone to Israel several times looking at that technology,” she said of Gov. Doug Ducey, a term-limited Republican. “That played a role in the big package that was passed through the legislature this last year, investing a billion dollars in new water infrastructure technology, augmentation and conservation.”

“Looking to innovation in places like Israel is going to be really important to securing our water future here in Arizona,” Hobbs said.

In the meantime, the incoming governor is facing one final provocation from Lake, who has refused to concede. The 70-page lawsuit Lake filed last week, which seeks to overturn the election results in Maricopa County and declare her the winner, alleges “intentional misconduct” and “illegal ballots” that “infected the election,” though it provides no firm evidence to support such claims.

The court hearing is tentatively scheduled for next Wednesday, if the case isn’t dismissed beforehand.

Hobbs, who has described the suit as “baseless,” declined to weigh in further during the interview with JI. “I think it’s probably better if I don’t comment on ongoing litigation, so I’ll just leave it there,” she said.

She was somewhat more forthcoming on the politically sensitive topic of Sen. Kyrsten Synema (I-AZ), whose recent decision to switch her party affiliation from Democrat to independent has stirred controversy at the national level.

“I think that she has done the job the voters elected her to do and deliver results for Arizona,” Hobbs said diplomatically of Arizona’s senior senator. “I don’t expect that to change just because she changed her party label.”

But intraparty machinations did not seem high among Hobbs’ immediate concerns, particularly as her opponent has shown no indication that she will accept the results before the inauguration early next month.

In conversation with JI on Wednesday, Hobbs broadly derided the “so-called leaders who continue to mislead” their supporters “into believing there is widespread fraud.”

“They have to tell them the truth, and until that happens, I worry about where we are,” she added. “I think voters sent a strong message to these folks in the last election, but they’re being misled, and it’s just really, really unfortunate.”

Meanwhile, Hobbs believes she prevailed because her campaign stayed true to itself, despite growing skepticism that her approach was potentially misguided.

“At the end of the day,” she said, “we ran a campaign that I can be proud of and say that it was true to me as a person, and the kind of campaign I wanted to run and the way that I want to govern.”