Pence defends Trump against charges of antisemitism in upcoming memoir

‘In all the time we spent together, I had never once seen him mistreat anyone on the basis of race, creed, or color,’ the former VP writes 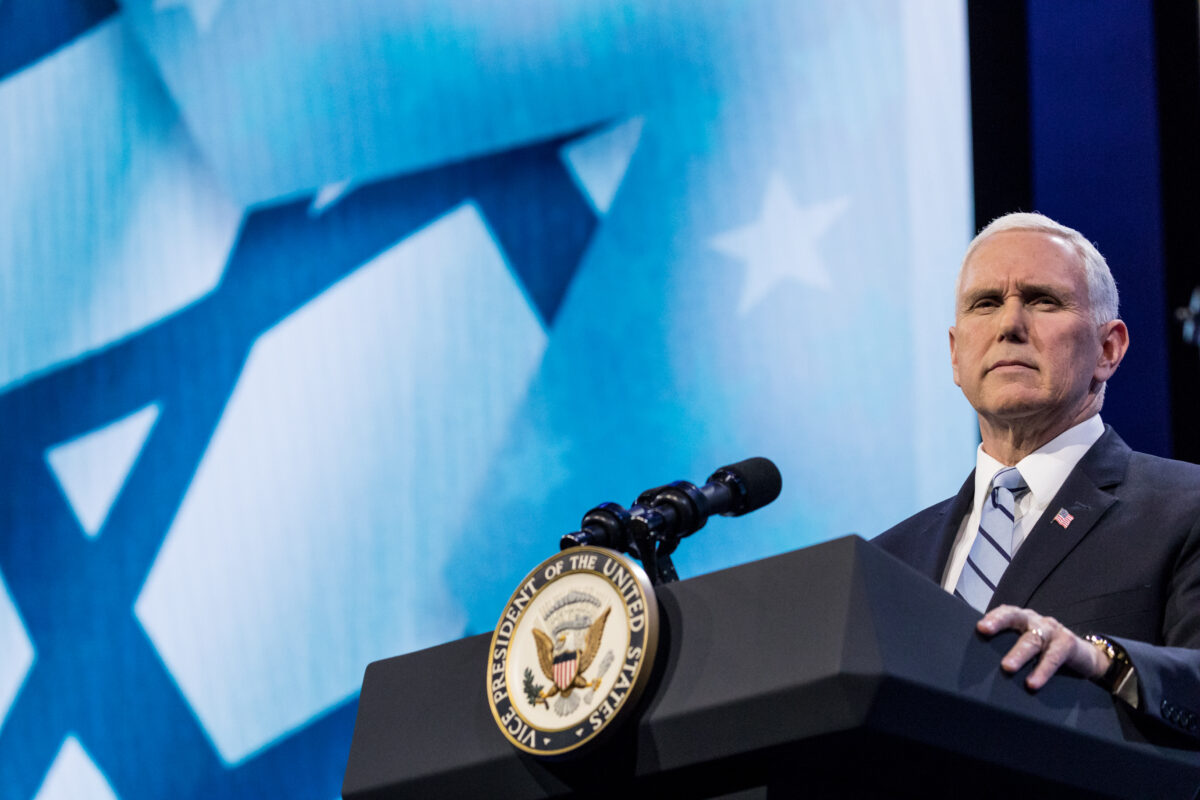 Former Vice President Mike Pence writes in his upcoming memoir that Donald Trump is “not anti-Semitic” and is “not a racist or a bigot,” insisting that he “would not have” served under the former president “if he was.”

“Through all the chatter about bigotry, racism, anti-Semitism — standard talking points of his opponents — it was never mentioned that his daughter Ivanka converted to Judaism,” Pence writes in So Help Me God, which will be published on Tuesday. “Her children are Jewish. I had seen him with them, and I knew how dearly he loved and cared for them. In all the time we spent together, I had never once seen him mistreat anyone on the basis of race, creed, or color.”

The argument comes as Pence recounts his experience observing the deadly “Unite the Right” rally in Charlottesville five years ago, when Trump faced widespread criticism from both parties for an initial response in which he denounced “hatred, bigotry and violence on many sides.”

“It was important, I thought, for him to make a definitive statement condemning the violence and the hatred,” writes Pence, who was about to embark on a week-long tour of Latin America before Trump gave public remarks from his golf club in New Jersey. “As the TV screen turned to an empty podium awaiting the start of the press conference, I thought of calling him but didn’t have the chance. I will always wish I had.”

In the memoir, which was reviewed by Jewish Insider, Pence acknowledges that Trump’s comments had failed to denounce “the racists and anti-Semites” who turned violent while protesting the removal of a Confederate statue. But he points approvingly to a follow-up statement in which Trump “condemned the racist and neo-Nazi groups that had descended on Charlottesville by name,” even as the former president soon doubled down on his remarks, arguing that there were “very fine people” on “both sides” of the conflict.

Taking umbrage at critics who viewed the comments as “another defense of White supremacists,” Pence — who at the time had pushed back against media coverage of Trump’s response to the riot — provides a more charitable interpretation of the former president’s thinking. “I will always believe that what Trump meant was that it was possible that the debate at the center of the march on Charlottesville over the fate of the statue of a historical figure is one that could indeed have well-meaning Americans on both sides,” he argues.

“Donald Trump is not anti-Semitic,” Pence claims. “He’s not a racist or a bigot. I would not have been his vice president if he was.”

His defense follows recent allegations that Trump invoked an antisemitic trope when he wrote on social media last month that American Jews, in contrast with evangelical Christians, were insufficiently appreciative of his administration’s support for Israel and that “no president has done more for” the Jewish state. Trump reiterated his comments on Sunday evening while speaking at a gala hosted by the Zionist Organization of America in New York City.

For his part, Pence, a devout evangelical Christian who has long cast himself as a staunch supporter of Israel, gives an overwhelmingly positive review of Trump’s approach to the Middle East in his new book. “Previous administrations had sought to resolve the violence and political turmoil across the region by prioritizing a two-state solution between the Israelis and the Palestinians and engaging in diplomatic and military efforts to improve the conditions in Middle Eastern nations,” he notes.

Trump, on the other hand, “changed course,” according to Pence.

The former vice president applauds, among other things, Trump’s decisions to move the U.S. embassy from Tel Aviv to Jerusalem, recognize Israeli sovereignty over the Golan Heights and unilaterally withdraw from the Iran nuclear deal, which Pence credits with “opening the door to an alliance among the United States, Israel, and other Arab nations.”

“Instead of tying peace to the recognition of a Palestinian state, the administration maintained that by standing with Israel and normalizing relations between Israel and its Arab neighbors, Middle East peace was more possible,” Pence says of the Abraham Accords. “I believe that history will record that it was one of the Trump administration’s most important accomplishments.”

Pence writes that Trump was “eager” to fulfill a campaign promise to relocate the U.S. embassy to Jerusalem, despite resistance from some high-ranking members of his administration, including Rex Tillerson and Jim Mattis, who “argued that it would lead to violence.” The former vice president, who was strongly in favor of the move, “was able to provide reassurance and reinforce” the former president’s “resolve,” he says in the book.

“I saw God’s providential hand at work,” Pence writes. “I felt that my career — much of my life, really — had prepared and led me to that moment, put me in the position to sit by Trump’s desk when the decision was made.”

In the book, which covers the 2016 presidential campaign as well as the violent attack on the Capitol nearly two years ago, Pence describes his first trip to the Middle East as vice president, during which he recalls connecting with Egyptian President Abdel Fattah el-Sisi, a Muslim, over a shared devotion to their respective faiths.

He also describes a meeting with King Abdullah II of Jordan, who, according to Pence, expressed “his desire to build a strong Christian community in the Middle East.”

“I felt then that his words represented a genuine moment in the Abrahamic tradition” and “that despite all the dire predictions of bloodshed following the relocation of the U.S. embassy, there was a chance for peace in the region among Abraham’s children,” Pence writes.

The trip culminated with a visit to Jerusalem, where, as Pence recalls, he “formally” announced the embassy relocation to the Israeli government while speaking before the Knesset.

“In Congress, I gave pro-Israel addresses so often I was asked if there was a big Jewish community out in rural Indiana,” writes Pence, who served as a congressman as well as governor of Indiana before he was tapped to be Trump’s vice president. “I had Jewish constituents, yes, but I was expressing my support for Israel as an American believer — not simply because Israel is the lone democracy in the Middle East but because its existence is proof that God’s promises are true. Its creation and survival so soon after the Holocaust are miracles.”

Elsewhere in the book, Pence recalls traveling to Poland to participate in the Warsaw Conference, where he made his first visit to Auschwitz. “I was not just in Poland to remember, though. Iran is a nation that denies the Holocaust but seeks to author a second one. The visit to Auschwitz was a reminder of the incredible evil tyrants are capable of.”

The former vice president last visited Israel in March, when he met for dinner with Dr. Miriam Adelson, the influential Republican megadonor, at her home in Jerusalem and received an honorary degree from Ariel University.

Pence, who has yet to confirm if he will run for president in 2024, will appear this weekend at the annual Republican Jewish Coalition conference in Las Vegas, alongside former Secretary of State Mike Pompeo, former U.S. Ambassador to the United Nations Nikki Haley and Florida Gov. Ron DeSantis, among other featured guests.