Burns: U.S. will ‘do everything we can’ to encourage increased Israeli normalization in region 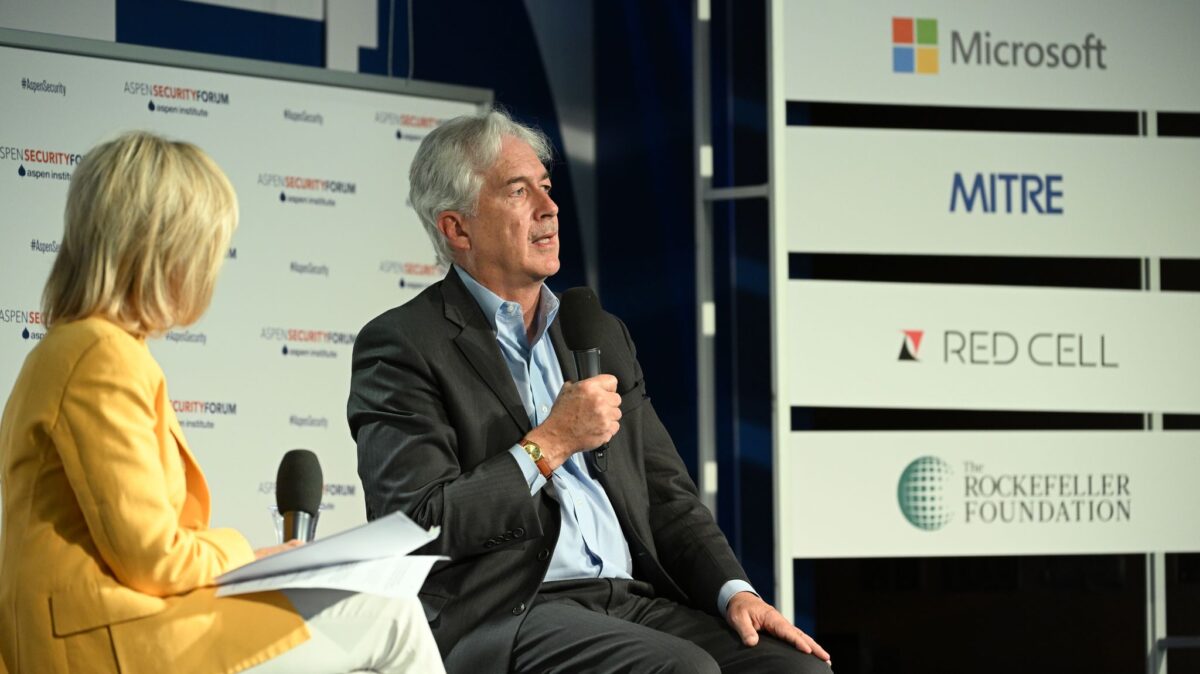 ASPEN, Colo. — CIA Director William Burns said on Wednesday that President Joe Biden is hopeful that his trip to the Middle East last week “will help to reinforce what is clearly a positive trend line” and that Washington will “do everything we can” to promote increased ties between Israel and countries in the region.

Burns made the comments at the Aspen Security Forum, where he flew in for a brief three hours to address the gathering. He told NBC News’ Andrea Mitchell that the Biden trip occurred against the backdrop of a “rare” moment in which “there are at least some modestly positive trend lines in a part of the world where I spend a lot of time and learned the hard way that modestly positive trend lines are exceedingly rare.”

“So this is Gulf Arab states, for the time being anyway, working reasonably well together, working well with Jordan, and Egypt and Iraq, moving steadily in a process, that hopefully can produce further normalization with Israel, sharing a concern about Iran, obviously a moment when the Gulf still matters to the global energy market,” Burns explained. “And then also a moment when the temptation to hedge in the direction of Russia has been eroded a little bit, given [Russian President Vladimir] Putin’s performance in Ukraine, and the fact that, at least the early performance of the Russian military, its weapons system, hasn’t been exactly a great advertisement for Russian arms sales, too.”

Burns noted “more troubling” trend lines in Iran, where a senior official told Al Jazeera earlier this week that nuclear scientists had enriched uranium to 60% in a matter of days, well above the amount allowed under the 2015 nuclear agreement, from which the U.S. withdrew in 2018. Burns added that U.S. intelligence suggested that Iran had not resumed its efforts to build a nuclear weapon, which has been suspended since 2004. The senior Iranian official who spoke to Al Jazeera said on Sunday that Tehran had not decided whether it would build a weapon, but that it had the capability to do so.

The CIA director also weighed in on the visit to Tehran this week by Putin and Turkish President Recep Tayyip Erdogan, during which time state-owned oil companies from each country inked a $40 billion agreement that will see the development of Iranian gas fields and new pipelines to export the gas.

“Russians and Iranians need each other right now,” Burns said, noting that both nations are under sanctions and each face political isolation.

CNN reported earlier this week that Russian officials have visited Tehran at least twice in recent weeks to examine Iranian drones that are able to carry precision-guided missiles. National Security Advisor Jake Sullivan said last week that Moscow is seeking to purchase hundreds of drones from Iran to replenish its supply.

“It’s true that the Russians are reaching out to the Iranians to try to acquire drones, UAVs,” Burns said. “It’s important, I think, for us to remember or to remind ourselves, when we look at that prospect, that the purpose of those drones is to kill Ukrainian civilians in a brutal and unprovoked war of aggression.”

Prompted by Mitchell, who asked about Erdogan’s presence at the Tehran summit, Burns noted, “Turkey and President Erdogan are always very good, very adept, and have a lot of practice at juggling a lot of apparently contradictory relationships.”