The caucus introduced legislation calling for the establishment of a joint system that includes Israel, Saudi Arabia, Iraq, the UAE and several other Arab states 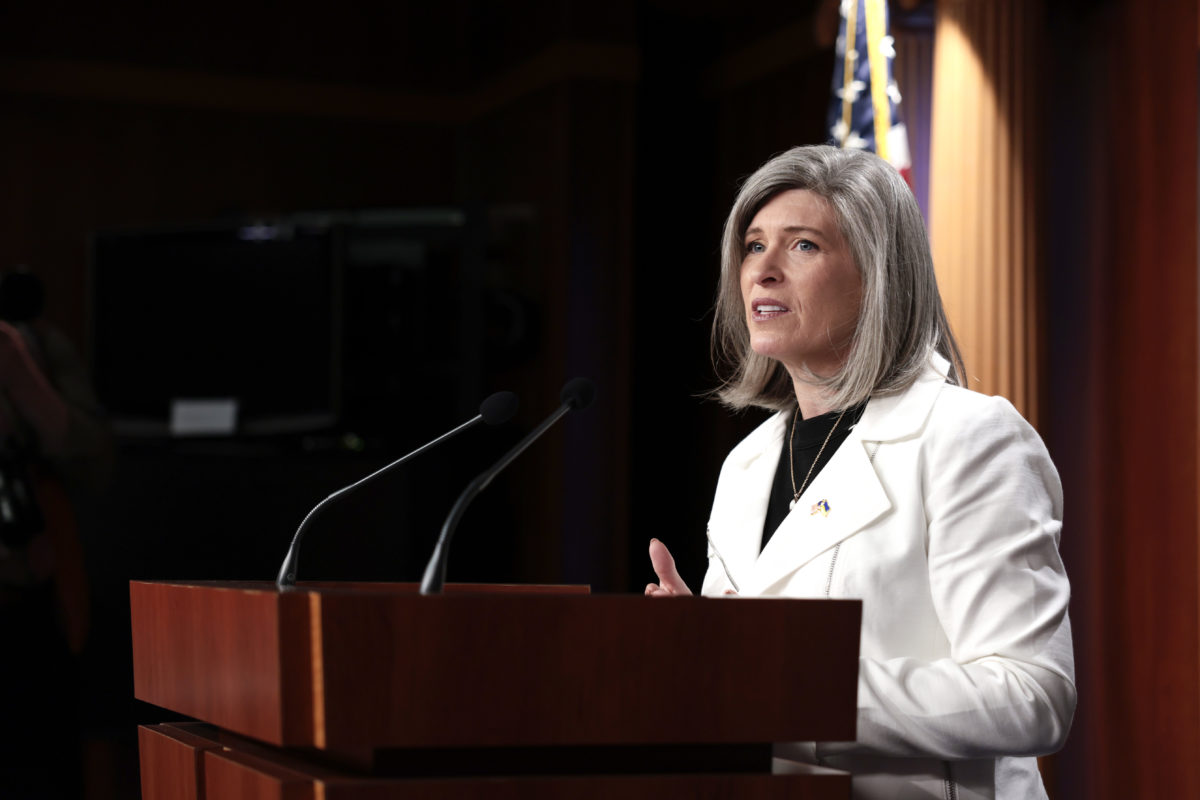 In its first legislative initiative since its founding earlier this year, the Abraham Accords Caucus, comprised of members of both the House and Senate, introduced legislation on Thursday to encourage the U.S. to pursue a joint missile-defense architecture with Israel and the U.S.’s Arab allies and partners in the Middle East — including Saudi Arabia and Iraq.

The bipartisan Deterring Enemy Forces and Enabling National Defenses (DEFEND) Act advances a priority of both lawmakers on Capitol Hill and U.S. military command in the Middle East — building an integrated air- and missile-defense capability among the U.S.’s regional partners and allies to ward off ongoing drone and missile attacks by Iran and its proxies.

The legislation calls for Israel, Saudi Arabia, the United Arab Emirates, Iraq, Bahrain, Jordan, Egypt, Kuwait, Oman, Qatar and other regional partners and allies to be included within this cooperative framework.

The legislation would require the secretary of defense to “seek to cooperate with allies and partners to identify an architecture and develop an acquisition approach… to implement an integrated air and missile defense capability,” and then submit to Congress a strategy to reach such a goal. It would also instruct the Secretary to consider establishing a joint fund among the U.S. and regional participants to support an integrated defense architecture.

“We ultimately believe that Congress will adopt the caucus’s intent for our national security leaders to address the threat from Iran and its proxies by laying the groundwork for security cooperation with our allies and our partners in this region,” Ernst said at a press conference on Thursday.

“This bill is about protecting people, infrastructure and our forward-deployed troops from Iran’s regional aggression,” Rosen added.

Several lawmakers emphasized that establishing such a regional defense would be critical to preserving and fostering the economic and social growth brought about by the Abraham Accords, as well as protecting the U.S.’s own national security.

The lawmakers emphasized that they see this legislation, and its goals, as separate from the administration’s ongoing talks with Iran about reentering the 2015 nuclear deal and Iran’s rapid progress toward a nuclear weapon. Defense officials have previously warned that Iran’s missile program has achieved “overmatch” — the ability to overwhelm U.S. and allied defenses, and that the U.S. has lost air superiority in the region.

Ernst said they are seeking to include the legislation in this year’s National Defense Authorization Act.

Getting buy-in for such a plan from the parties that the lawmakers want included may prove a significant hurdle. Of the nine proposed Arab participants, only the UAE, Bahrain, Jordan and Egypt have normalized relations with Israel. Iraq recently passed legislation criminalizing relations with Israel.

The lawmakers did not offer specifics on how they envision overcoming this obstacle.

“It is extremely important that we continue the discussions with them, as well as wrap them into this agreement as part of the DEFEND Act,” Ernst said of the Iraqi policy. “How we move forward on this depends on all of our countries, but certainly we don’t want to discount them; we really do want them to be part of this integrated system.”

The U.S.’s relations with Saudi Arabia are also currently on unstable footing; the Biden administration downgraded relations after it took office in response to Saudi human rights abuses — particularly the killing of journalist Jamaal Khashoggi — but has recently been working to repair ties, including planning a presidential visit to Riyadh.

While Capitol Hill is split on the issue, with some Democrats urging President Joe Biden not to upgrade relations with Saudi Arabia, the lawmakers introducing the DEFEND Act were supportive of improving U.S.-Saudi ties.

Wagner argued that joint recognition of the threat from Iran was central to the Abraham Accords, “and we hope Saudi Arabia will join with us in that regard.”

The legislation has the support of a host of groups, including the Anti-Defamation League, AIPAC, the American Jewish Committee, the American Jewish Congress, Christians United for Israel, the Foundation for Defense of Democratices, Hadassah, The Jewish Federations of North America, the Jewish Institute for National Security of America and the U.S. Israel Education Association.

The caucus recently rallied support for the Israel Relations Normalization Act, which was included in this year’s omnibus spending bill, but was introduced prior to the caucus’s formation.