Corbett is a longtime Democratic Party lawyer and a mayor seeking to replace Rep. Kathleen Rice on Long Island 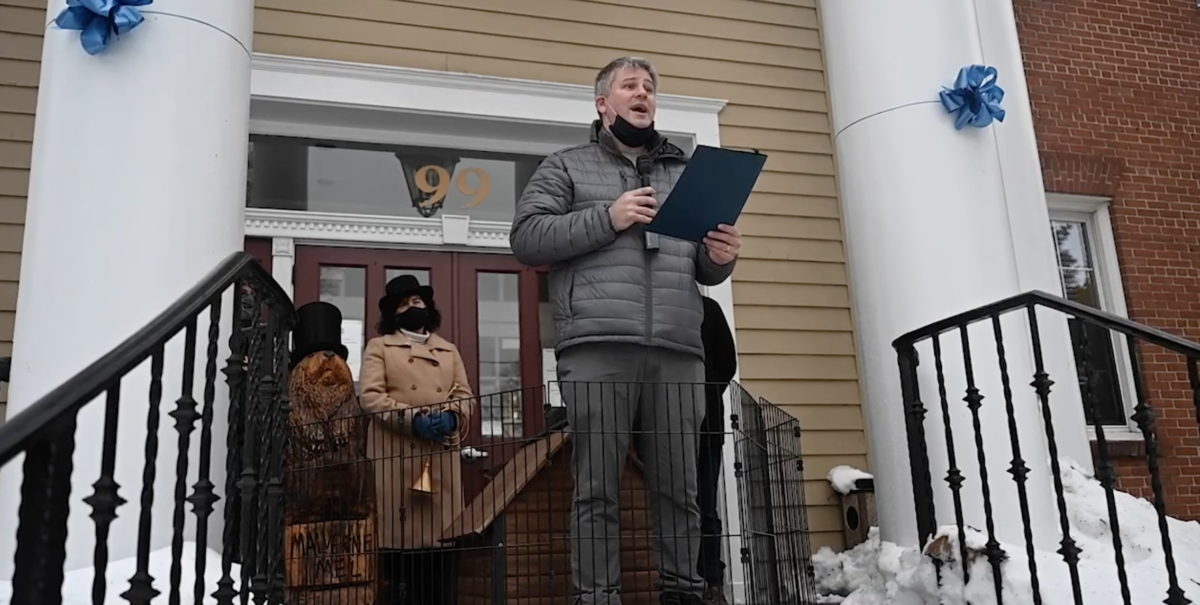 In Long Island, all politics is local.

Malverne Mayor Keith Corbett is hoping his history of local government service and his long-held position as a Democratic Party lawyer will give him the edge he needs to beat out a field of other local officials running to replace retiring Rep. Kathleen Rice (D-NY).

Corbett, who has been mayor of the Nassau County village since 2019, previously spent nearly a decade on the village board and also served as deputy mayor. His connections to the state’s institutional Democratic circles run deep — he is also the law chair for the Nassau Democratic Party and a lawyer for the state party.

Corbett told Jewish Insider in a recent interview that he’s running for Congress “to get back to basics, reach across the aisle and start working and get this country back to what it used to deliver.”

Many of his top issues are crime-related: cracking down on illegal guns, opposing the controversial bail reform laws that some in New York have linked to violent crime, supporting police and increasing resources for mental health and social services to shift those burdens away from police officers.

“We can’t defund [the police]. We need them now more than ever,” he said. To address illegal guns, “there needs to be a consistent federal approach that puts the resources in local hands.”

The mayor also called for the federal government to “start incentivizing governments, local and otherwise, to actually do the job of governance.”

He lamented that Malverne, which adjusted its budget to run a surplus in 2020, was not granted as much federal COVID funding as other municipalities that “just kept spending the money and not doing it the right way… In Malverne, because we did it the right way — we did the job of governing — doesn’t get nearly as much.”

The 4th District race has quickly filled out — among Corbett’s leading opponents are two county legislators and a former town supervisor who earned Rice’s endorsement.

“I don’t think anyone [else] has the relationships in Albany and D.C. or the resources to actually make it work,” Corbett said. “I have solutions, I have ways of going down there, I have ways of bringing money back to this district, which is what we need.”

The longtime party lawyer emphasized that he’s able to work with Republicans even in contentious situations.

“I’m the law chair of the Democratic Party. I’m the guy who goes in and throws Republicans off the ballot,” he said. Despite that, “I still get along with them.”

Corbett claimed he has the broadest coalition — owing to his deep local connections — which would make him the most competitive in the general election. He described himself as “right in the center” ideologically and “willing to work with anyone… as long as we can get significant resources back to the 4th Congressional District.” Crossover appeal could be critical to victory in November, given that Republicans snatched victory in a recent special election in a usually Democratic area of the district.

But Corbett also slammed the left flank of his party. “I don’t believe the people on the far left are members of this party,” he said. “If you want to be a socialist, be a socialist. Create your own socialist party and God bless. Don’t infiltrate another party.”

New York Democratic Party Chair Jay Jacobs said last month that he sees Corbett, who is an ally of Jacobs, as one of two strongest candidates in the race. Rice has endorsed former Hempstead Supervisor Laura Gillen.

Ross Wallenstein, a New York political consultant, described Corbett as “very much an institutional player” who is “very close to Jacobs,” but noted that Corbett’s party experience and ties to Jacobs would not necessarily “translate to votes.”

Corbett disapproved of Rice’s attempt in 2018 to block House Speaker Nancy Pelosi (D-CA) from regaining the speakership, telling JI that that move had “hurt our district” by putting Rice on the outs with leadership and depriving the Long Island representative of potential committee assignments.

“They deserve to have the United States… standing with it at all times,” he added.

Breaking with broad bipartisan consensus, Corbett expressed skepticism about the Abraham Accords, the normalization agreements between Israel and several Arab states, saying he was concerned that they are a “short-term” solution — although he acknowledged they have worked so far.

“What I hear… is that it’s kind of short-term for the peace that it has had, but there were certain issues that were not addressed in the Accords that are going to bubble up again,” Corbett said, declining to elaborate further.

Corbett said he needs to further examine the current situation between the Israelis and Palestinians, but said there is a need for “stronger ambassadors in both sections there” and for the U.S. to “really push and promote a healthy dialogue with the key players” to advance a two-state solution.

The Malverne mayor also expressed support for the 2015 Iran nuclear deal — in contrast to Rice, who voted against it — saying he believes it had “a lot of” the necessary safeguards, although they lacked “the teeth I would have liked to see.”

He said that he would support a new deal with those safeguards and “the right checks and balances,” but declined to provide a definitive verdict on the as-yet-unfinalized deal being negotiated by the Biden administration.

“The Trump administration did not have a consistent approach with dealing with that issue,” he added. “I think we need to ensure through strength that they are stopped from making weapons of mass destruction.”

“That’s not happening — that communication does not get to that level,” he said of federal-local intelligence sharing. “I think it has to because we need to ensure that no one — I don’t care race, religion or creed — should be in danger or feel as if they can’t go out and worship they way they want to worship.”