For JFNA’s chief lobbyist, the Ukraine crisis is personal

Elana Broitman was a refugee from Ukraine in the 1970s and was resettled with the help of Jewish groups in the U.S. 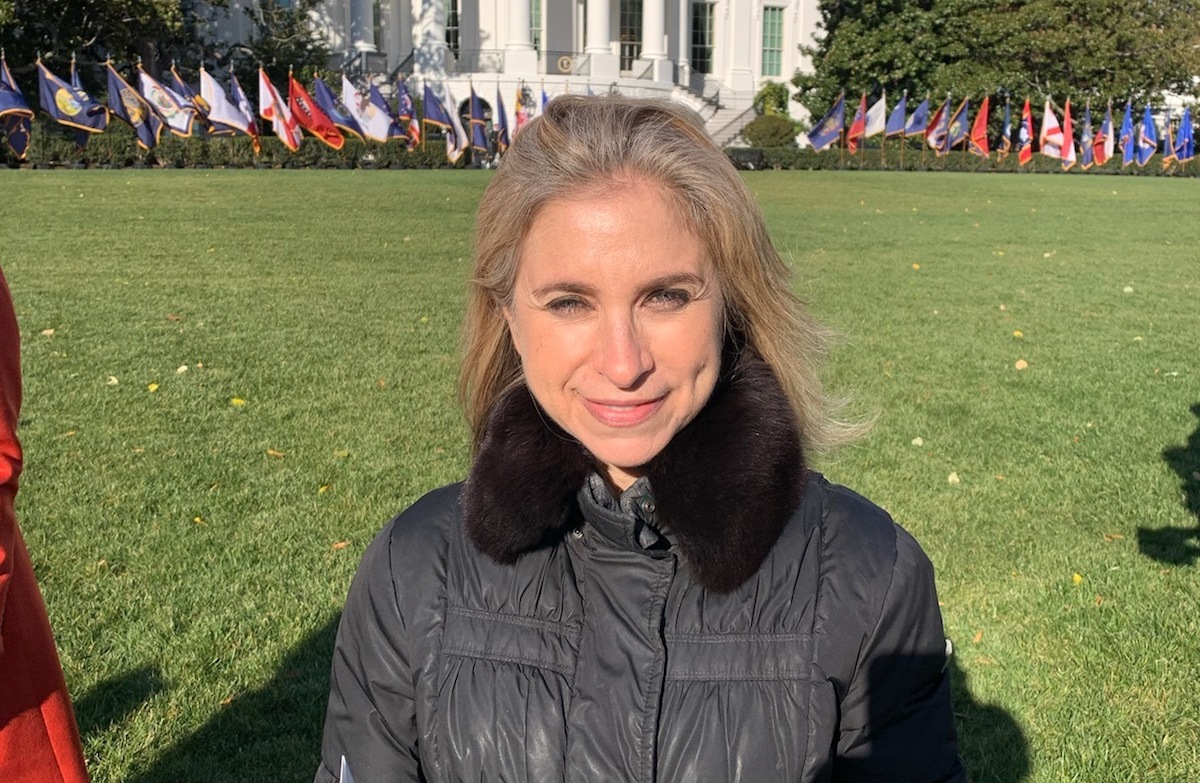 Elana Broitman, The Jewish Federations of North America’s chief lobbyist, has spent recent weeks lobbying for more aid for Ukraine, expediting processing for visa holders and pushing for other ways to help Ukrainian refugees enter and remain in the United States. But for Broitman, JFNA’s agenda isn’t just a job. It’s an outgrowth of her experience fleeing Ukraine as a child.

Broitman came to the U.S. from Odesa, Ukraine, in the mid-1970s when she was 9, “thanks to the lobbying of the Jewish community,” and with the assistance of HIAS, the Jewish refugee resettlement agency, she told Jewish Insider in a recent interview.

The family arrived in the U.S. with few belongings — books, a set of silverware, and one piece of luggage each. Soviet border guards even ripped open her 4-year-old sister’s teddy bear to check for valuables. In the U.S., her family settled first in Hazleton, a small town in Pennsylvania, before relocating to Texas.

Broitman said it has been “heart-wrenching” to watch the images coming out of Ukraine, observing that the refugees “look just like my parents or grandparents” and “live in buildings that look just like the ones I grew up in.”

“It’s so reminiscent of stories I heard from my grandparents when we were fleeing, for example, Odessa, which ended up being occupied,” she said. “I’m certainly not comparing histories, but just the imagery of people having to flee with nothing.”

Although she no longer has firsthand connections in the country, Broitman said she has friends with family still in Ukraine.

“One very good friend… her mom has cancer. She can’t move and she was living in one of the cities initially attacked,” Broitman said. “She had texted me on the second or third day of the war a picture of an unexploded ordnance in front of her mom’s building.”

She also intervened to help connect another family that had fled Ukraine with a local aid organization in the country to which the family had fled.

“It is incredibly heartwarming and I feel like my life has led here,” she said. “The Lautenberg Amendment is born out of the Jewish experience, was put there by a Jewish senator — to now be able to bring it full circle to help the people who need to get our right away, is incredibly gratifying.”

Former Sen. Frank Lautenberg (D-NJ) served for five terms in the Senate, and estimated, before his death, that the Lautenberg Amendment allowed 350,000 to 400,000 Soviet Jews to enter the United States.

“One of the things that I’m so proud of is that our community isn’t just doing this for our community,” she continued. “We’re standing up for all Ukrainians who have to flee right now. And that’s truly Jewish values.”

JFNA, the federations’ umbrella group, is now working to train agencies on resettlement, in preparation for a potentially significant refugee wave. The Biden administration has committed to accepting up to 100,000. Broitman has personal insight into the challenges involved with resettlement.

“We’re going to need people’s support for advocacy, and it includes funding and training and helping people to get their kids into school and figure out their economic situation in the U.S., and that sort of thing,” she said. “There’s also going to need to be support within Ukraine for the internally displaced for sure.”

She described the federation system as well-suited for this sort of challenge.

“The federation system was built for not just the daily toil of helping people, but for the emergencies that happen. And I experienced that as my family came,” she said. “And we’re now seeing the benefit of that, as other families are fleeing and need help. It’s something that’s so true of the Jewish community — that we’re constantly responding in ways both to crises facing our community, but also crises facing other communities.”