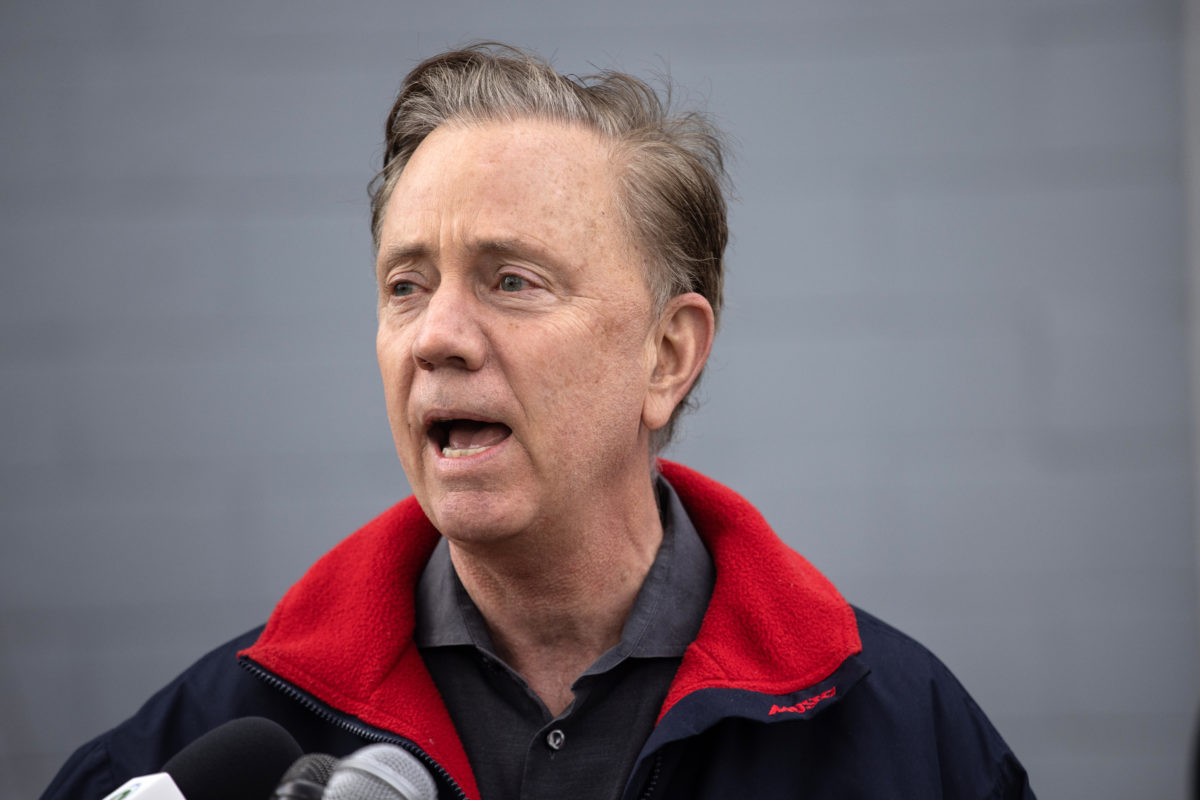 Following a long-delayed trip to Israel to promote business development, Connecticut Gov. Ned Lamont is optimistic about the future of potential business relationships between Israel and his state.

The trip, Lamont’s first to Israel, was originally set to take place two years ago, but was pushed back due to COVID-19. His trip, organized by the United States-Israel Business Alliance, marked the first time in 25 years that a governor of Connecticut has visited Israel.

“It’s the most innovative country in the world,” Lamont, a Democrat, told Jewish Insider on Monday, a few days after returning from the weeklong trip. “I just thought it was very simpatico for Connecticut to be there,” noting that both the Jewish state and the Constitution State have robust industries in defense manufacturing, fintech innovation, cryptocurrency, healthcare and venture capital.

“They really rolled out the red carpet for us. On behalf of Connecticut, I was really proud,” he said.

“[Business leaders] were very blunt — they said, ‘We thought there were only two ways to come to the United States.’ That was generally New York or New Jersey,” he said. “I’d like to think at the end of our week there it’s New York, New Jersey and Connecticut.”

He said the state is now following up with around 20 companies about potential opportunities. Officials on the trip said in a Monday press conference that three companies — hydrogen fuel company H2Pro and cultured meat firms Aleph Farms and Future Meat — are close to making investments in the U.S.

One moment that Lamont said stood out was sampling “really delicious” lab-grown chicken.

“That’s the type of company that we’re thinking about [for] Connecticut because it’s getting all of the preliminary regulatory approvals,” Lamont continued. “They want to come.”

Lamont said he was surprised by “the dynamism, the optimism, the growth [in Israel] — cranes everywhere, incredibly modern buildings.”

“Tel Aviv is just the most compelling city in the world, certainly in the region… Jerusalem’s got a lot of growth going on there as well,” he said. “It sort of defies the sort of traditional Middle Eastern stereotypes… this is one of the most dynamic, modern, contemporary economies in the world and you’ve got to see it to believe it.”

While the Connecticut delegation was in Israel, Google CEO Ruth Porat announced the company’s plans to launch a $25 million program to train Palestinians in coding, a project Lamont said he mentioned to Bennett during their meeting.

“We were just saying, maybe when it comes to the West Bank, we think too much about just political solutions and one state, two states, the walls,” he said. “Coding is a way that a lot of folks, wherever they may be, for example in the West Bank, can have a really decent, good-paying job and they don’t have to go back and forth every day. Sort of changes the dynamic [and] helps stop some age-old problems.”

The Connecticut governor said he heard concerns from Israelis about antisemitic comments from the progressive ‘Squad’ in Congress, as well as growing anti-Israel sentiment on college campuses, but told JI he sees the concerns as unwarranted.

“I think the Jewish/Israel/American relationship is as strong as it’s been in my lifetime. I go to a lot of college campuses. I think that’s true, even there. I think it’s even more true than it was five years ago,” he said. “Under Prime Minister Naftali Bennett, we’re not ever going to let Israel be a partisan issue in the United States, and he’s very conscious of the fact that we’re going to have strong bipartisan support for Israel.”

The student council at Yale, in New Haven, approved a statement last year accusing Israel of genocide, ethnic cleansing and apartheid. In 2015, a Connecticut College professor faced harassment and death threats in response to a Facebook post about Gaza that some students said was racist.

Lamont said that Herzog drew parallels between Connecticut — the third smallest state in the Union — and Israel.

“President Herzog said, ‘Hey, you’re just like [Israel], sort of innovative and punching above your weight class. We have more in common than I thought about before,’” he said. “I come out of the business world, where there’s nothing more important than personal relationships. You can argue these things on paper until you’re blue in the face, but a personal relationship really matters. And I like to think that was a big takeaway from the week.”