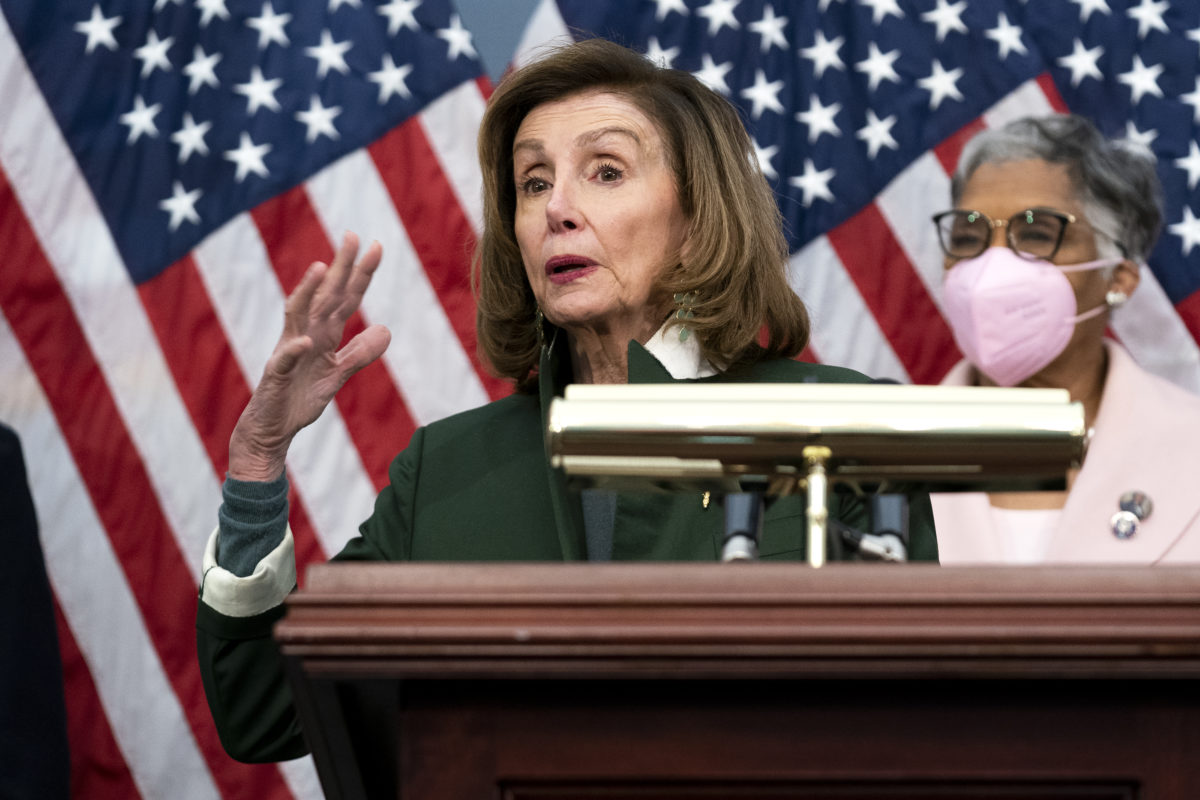 House Speaker Nancy Pelosi (D-CA) addresses reporters during a press conference to unveil the Joseph H. Rainey Room in the in the U.S. Capitol on February 3, 2022, in Washington, D.C.

House Speaker Nancy Pelosi (D-CA) is expected to travel to Israel later this month, according to official Israeli sources.

A spokesperson for the speaker’s office told Jewish Insider that security protocols barred them from confirming or denying pending international travel. The House has no votes scheduled for the next two weeks — from Feb. 10-27, but is set to hold virtual committee hearings from Feb. 15-17. Members often use recess periods, when they are not expected in Washington, for international travel.

Pelosi last traveled to Israel in January 2020 for a Holocaust remembrance event organized by Yad Vashem, which also included a stop at Auschwitz-Birkenau. During that trip, she met with then-President Reuven Rivlin and now-Defense Minister Benny Gantz.

In recent months, Pelosi has met in Washington with Israeli Foreign Minister Yair Lapid and Rivlin. Discussion topics in those meetings have included Iran nuclear negotiations, the May 2021 Gaza war and funding for Israel’s Iron Dome missile-defense system — which Democrats aim to include in the still-pending 2022 government funding package.

The top House Democrat’s visit comes at what Biden administration officials have described as a critical time for their negotiations to reenter the 2015 Iran nuclear deal, which Israel opposes.

The AIPAC-affiliated American Israel Education Foundation is also set to send first-term members of Congress to Israel this month.