Room where it happened

Inside the meeting between Rivlin and members of Congress 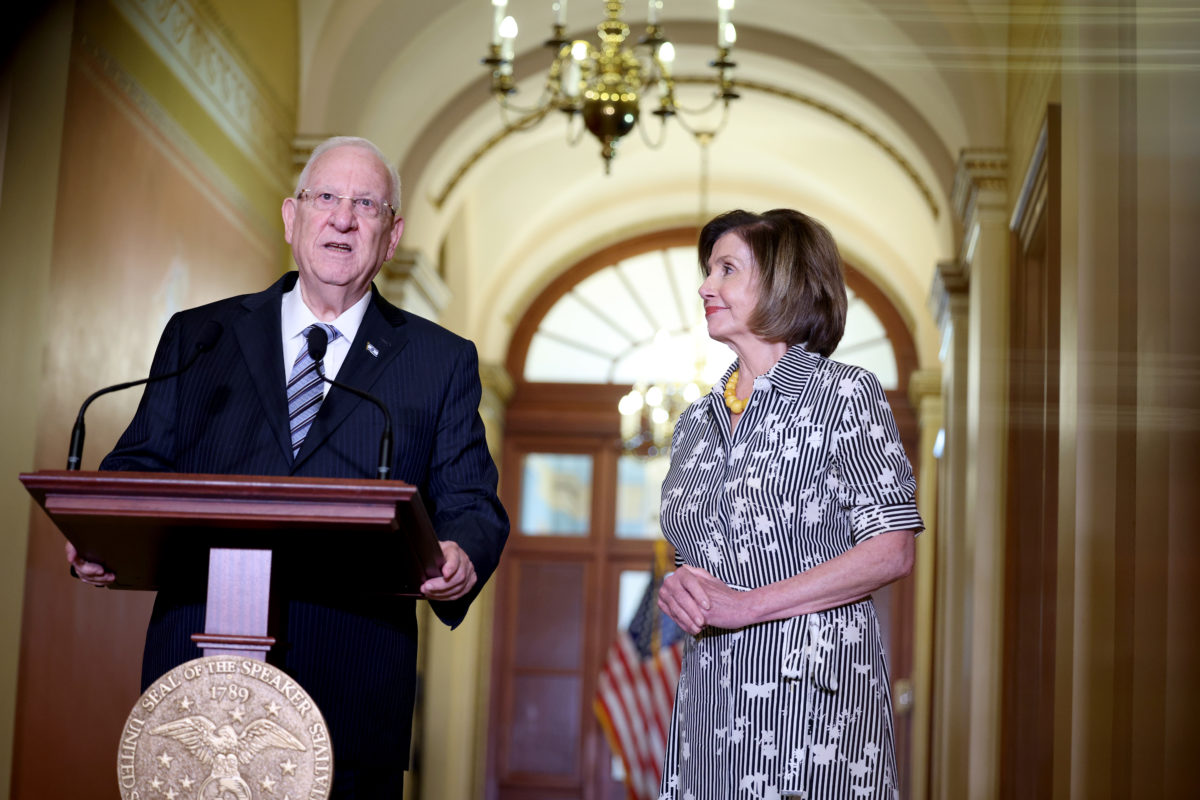 Israeli President Reuven Rivlin speaks as U.S. Speaker of the House Nancy Pelosi (D-CA) looks on before a meeting at the U.S. Capitol on June 28, 2021 in Washington, D.C.

“The meeting was terrific,” Deutch said. “We had an opportunity in a bipartisan way… to thank President Rivlin for his service not just to the State of Israel, but to strengthening the U.S.-Israel relationship. We had a strong bipartisan group of members to reaffirm the importance of [the] bipartisan [U.S.-Israel] relationship.”

“Gosh, what an inspiring individual. And to know his history and his background and his family’s history back to 1809,” Wilson said of the Israeli president, whose family came to Jerusalem in the early 19th century. “He came across very positive and, again, a restatement of the relationship that we have between the United States and Israel.”

Wilson told JI that Israeli concerns over Iran’s nuclear program and the ongoing talks between Tehran and the world powers that negotiated the 2015 agreement were major topics of discussion during the meeting.

“I agreed with him on the different issues that were addressed and [Iran nuclear deal] concerns and I appreciate [that] he raised the issue of missile development — intercontinental ballistic missile capabilities,” Wilson said. “I was just so pleased. And it was bipartisan.”

Deutch said the attendees discussed Rivlin’s meeting earlier that day with President Joe Biden in which Biden recommitted to preventing Iran from obtaining a nuclear weapon. The group also discussed continued U.S. support for Israel and supplemental U.S. aid for the Iron Dome missile-defense system, as well as the recent conflict between Israel and Hamas.

“He was grateful for that support from the House and Senate in overwhelming numbers, and most importantly from the administration both at the White House and at the U.N.,” Deutch continued. “We talked about the strong support from Congress and from the administration both during the conflict and, both during the conflict and going forward.”

During the conflict the White House largely reiterated its support for Israel’s right to defend itself, pushing quietly for a ceasefire. That response was met with mixed reactions inside Congress — some on the right accused the president of not standing strongly enough with Israel while the left wing said he should be more forceful in calling for a ceasefire and condemning Israeli strikes on Gaza.

While the group talked about “the strong bipartisan support that exists” for Israel, Deutch said. “We didn’t talk about any specific members.”

”I think the president of Israel understands that the support that Israel felt during the conflict and continues to feel… is deep and long-standing. And there were no conversations beyond that,” he added.

Deutch said he also personally thanked Rivlin for Israel’s aid in the search-and-rescue efforts in Surfside, Fla., near his South Florida district.

Deutch also previewed the upcoming House Foreign Affairs Committee delegation to Israel, which will take place next week while Congress is in recess. The delegation will meet with members of the new Israeli governing coalition, Deutch said. The lawmakers will also be on hand for the inauguration of former Jewish Agency Chairman and Labor Party leader Isaac Herzog, who is succeeding Rivlin. Wilson said he’s also joining the trip.

“We look forward to meeting with the wide range and broad coalition of leaders that this new government represents,” Deutch said. “We’re focused on locking in as many meetings as we can with members of the new government… and I think we’ll look forward to filling in our schedule around that.”