The resolution, which will be voted on by two campus bodies later this month, comes a year after the unanimous passage of a measure adopting the antisemitism definition 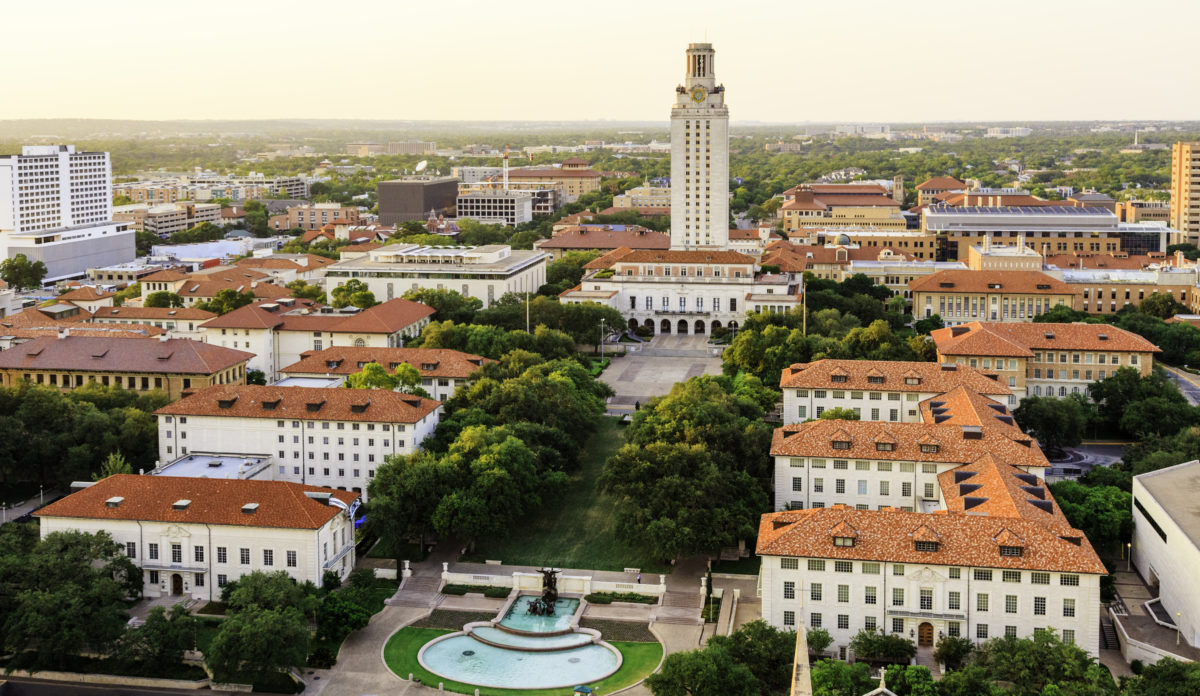 In the first challenge to the International Holocaust Remembrance Alliance working definition of antisemitism on an American college campus, a student governing body at the University of Texas at Austin is set to vote a resolution condemning the definition and “affirming the rights of advocates for Palestine.”

The goal of the resolution is “to affirm the speech, actions, protests, and campaigns of students advocating for Palestine as a protected right at the University of Texas at Austin,” according to its authors. The UT Senate of College Councils, which took up the resolution at a meeting on Thursday night but did not vote on it, is an academic body with appointed representatives from each college at Texas’ flagship university.

Another UT student governing body, the Graduate Student Assembly, will vote on the resolution later this month following its own heated debate on Wednesday night, when more than a dozen students spoke in opposition to the measure.

Jordan Cope, a UT Austin alum who authored a resolution condemning antisemitism and approving IHRA that was passed unanimously last year, called the new anti-IHRA measure “outrageous in that it seeks to deprive the mainstream Jewish community of its right to define and defend against antisemitism.”

“I’m incredibly proud of the UT Jewish community for the fight it has put up,” Cope told JI. “These moments have tested the community, but its resolve has been most unwavering and admirable.”

The resolution comes on the heels of a wave of anti-Israel sentiment that hit American campuses last spring during an intense round of fighting between Israel and Hamas in Gaza. Universities have considered resolutions in support of the Boycott, Divestment and Sanctions (BDS) movement for years, and in 2015, UT Austin defeated a student bill that would require the university to divest its endowment from several countries that do business in Israel.

Thursday’s effort is believed to be the first measure at an American university to explicitly condemn and reject the IHRA definition of antisemitism.

In a 2019 executive order, former President Donald Trump adopted the definition when adding antisemitism to a list of types of discrimination prohibited by federal law. Secretary of State Tony Blinken said last year that the Biden administration “enthusiastically embraces” the IHRA definition.

“The International Holocaust Remembrance Association definition of antisemitism is a tool for education and engagement with university administrators, Jewish and non-Jewish students and broader campus communities so that we can all better understand what antisemitism is, how it manifests today, and what steps are needed to firmly address it,” UT’s Hillel director, Maiya Edelson, told Jewish Insider in an email Wednesday.

The proposed UT resolution states that “the IHRA definition of antisemitism has notoriously been harmful to the speech and rights of pro-Palestine advocates on campuses… as it falsely conflates criticisms of the State of Israel as a form of antisemitism.”

The IHRA definition does not call criticism of Israel antisemitism — it states that “criticism of Israel similar to that leveled against any other country cannot be regarded as antisemitic” — but it does state that “denying the Jewish people their right to self-determination, e.g., by claiming that the existence of a State of Israel is a racist endeavor” is an example of antisemitism.

More than 2,000 people have signed a petition authored by “UT Jewish students and allies” urging peers at the university to oppose the measure.

The authors of the resolution, the petition reads, “belittle our lived experiences with antisemitism by claiming these instances were not about Jewish people, but rather that our advocacy to educate our peers on ways to prevent antisemitism was actually a nefarious plot to harm others.”

“Texas Hillel supports UT Jewish students in their efforts to reaffirm the need for a working definition of antisemitism on campus and to educate their peers on how antisemitism impacts them and their experiences on campus and beyond,” said Edelson.

Since then, Texas has been the site of several high-profile antisemitic incidents. In August, a member of the Texas State Guard was arrested for purposely setting fire to Austin’s Congregation Beth Israel, causing more than $150,000 in damage. Last month, an armed intruder held a rabbi and three congregants hostage at Colleyville’s Congregation Beth Israel during a Shabbat prayer service.

Recent antisemitic acts at UT include a rock thrown through the window of UT’s Hillel building in October 2020 and an incident in January 2021 in which graffiti was painted on on the house of the Sigma Alpha Mu fraternity that read, “Samys R Jews LOL, Samys’ Js Rape.”

The anti-IHRA resolution did not mention any of these incidents but described antisemitism as “a centuries-old phenomenon which is largely intertwined with white supremacy,” and claimed that acts of antisemitism at UT have also harmed Palestinian students.

“Many anti-Jewish incidents at UT have invoked white supremacist Nazi imagery and language that targets and harms not only Jewish students but also students of other marginalized identities, including Palestinians,” the text said.