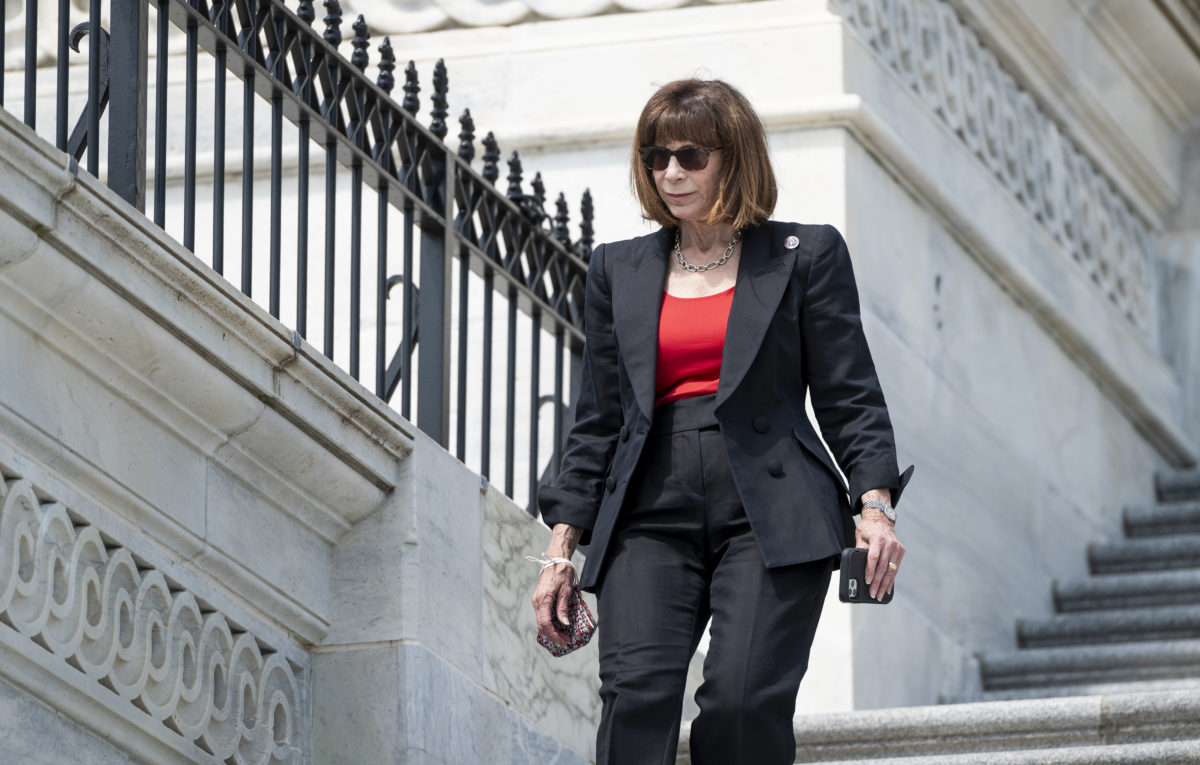 First-term Rep. Kathy Manning (D-N.C.) faces an uphill battle to return to Washington after the midterm elections, following the approval of a state redistricting map by the Republican-controlled North Carolina General Assembly on Thursday.

The new map would split Guilford County, which encompasses Manning’s hometown of Greensboro and comprises most of the 6th Congressional District, among three districts connected to more rural areas of the state, favorable to Republicans. In the new map, Greensboro would be included in the state’s 11th Congressional District, allowing Republicans to expand their House delegation from eight to 10 or 11.

Manning, who previously served as chair of the board of the Jewish Federations of North America, said in a statement that the maps are “not a reflection of the best interests of North Carolinians but rather, an offering to the national Republican Party.”

“It would be a significant uphill challenge for Manning to hold on to her seat,” said Michael Bitzer, the T.P. & J.C. Leopold chair of political science at Catawba College in Salisbury, N.C. The new district leans Republican by 16 points, according to FiveThirtyEight.

Still, Manning could possibly find a path to remain in Congress. “I could see her running in a different district,” said Chris Cooper, a political science professor at Western Carolina University, noting that North Carolina does not restrict office seekers to their home districts. However, he acknowledged, “It’s difficult to know which one would be the best district for her to run in.”

Manning could run in the new, solidly-blue 4th district, currently represented by Rep. David Price (D-N.C.), who announced his retirement last month, but she would have to overcome strong local competitors including state Sen. Wiley Nickel. She could also seek office in the new 2nd District, but she would have to face off against incumbent G.K. Butterfield (D-N.C.), who has a home-court advantage, and whose 1st District is not safely blue either.

Cooper noted it would be late for Manning to join the state’s Senate race, given the amount of time and money declared Democratic candidates have already put in, but suggested the congresswoman has other options.

“She could certainly run for governor in a couple of years,” Cooper said, where she would likely face off against Josh Stein, the state’s attorney general who is seen as the 2024 frontrunner.

The proposed map is immune to a veto by the state’s current Democratic governor, Roy Cooper, and will now face challenges in the courts. “If I had to guess, federal lawsuits would be over race, and state lawsuits will be over partisanship,” Bitzer said about the grounds on which the map would be contested.

Bob Phillips, the executive director of Common Cause North Carolina, a grassroots organization that opposes gerrymandering and is a co-plaintiff in NAACP v. Berger, a court case opposing the new map, said the new map is “frustrating and disappointing.”

“We have a belief that the law is on our side,” said Phillips, who objected to the process that drove the map, alleging that the map was determined in violation of the Voting Rights Act, to the detriment of Black voters.