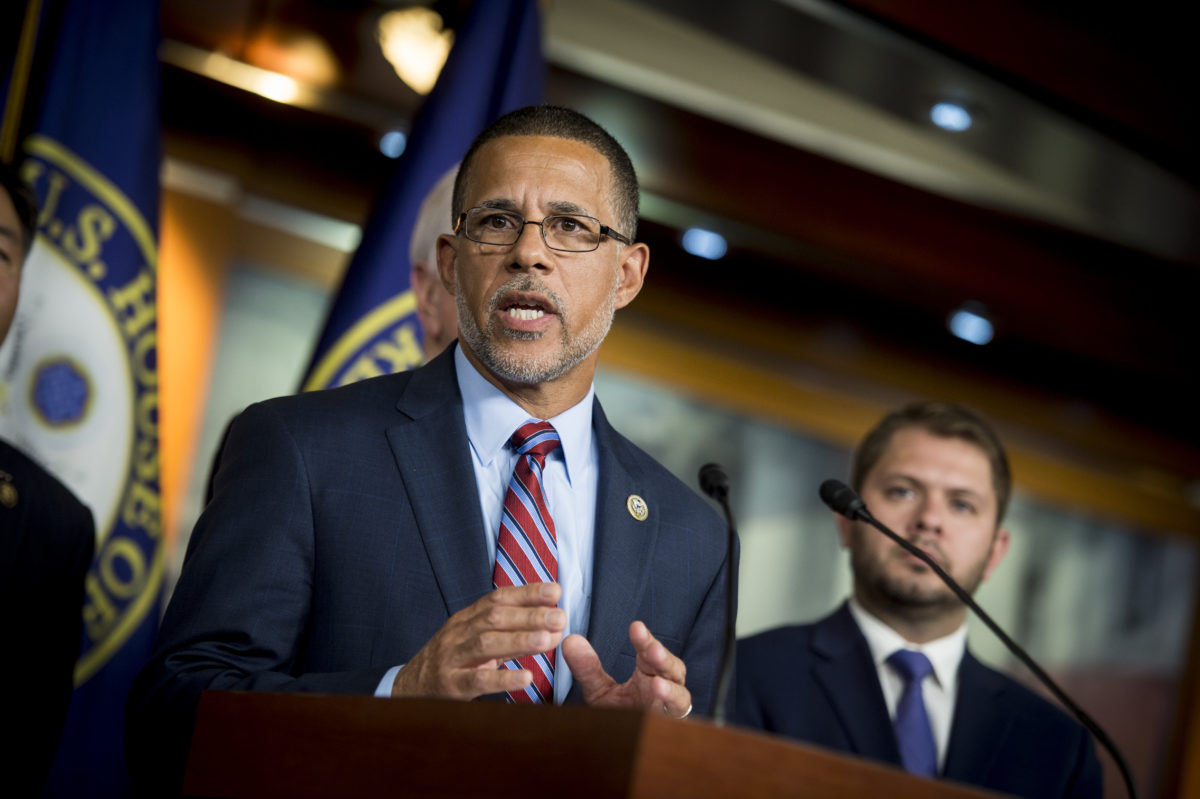 Hours after Rep. Anthony Brown (D-MD) announced his run for Maryland attorney general, attention is turning to the candidates — two of whom have already filed the paperwork — vying to replace him in the state’s 4th Congressional District.

Glenn Ivey is a former state’s attorney in Prince George’s County who ran for the seat in 2016 and lost to Brown in the Democratic primary.

Jazz Lewis is a member of the Maryland House of Delegates and a senior advisor to House Majority Leader Steny Hoyer (D-MD), whose congressional district sits next to Brown’s. Lewis, who filed with the Federal Election Commission yesterday, is expected to announce his candidacy today.

Another rumored candidate is Donna Edwards, who represented the district before Brown but left to mount an unsuccessful Senate campaign in 2016. She is now a contributing columnist at The Washington Post and an analyst on MSNBC and NBC News.

Brown told The Washington Post yesterday that it is too early for him to endorse a successor, but said he expects voters to have a “great choice” of candidates.

The majority-Black 4th Congressional District is the most Democratic in the state, encompassing parts of Prince George’s County and Anne Arundel County.

The district has a small Jewish community compared to nearby districts that encompass Montgomery County and Baltimore. But issues related to Israel and Middle East politics have played a role in the political careers of Ivey and Edwards, and could emerge as flashpoints in the 2022 campaign.

Edwards faced criticism from members of the Maryland Jewish community in her 2016 Senate run for her views on Israel, including a “present” vote on a near-unanimous 2009 House resolution asserting Israel’s right to defend itself against Hamas. She was elected to Congress in 2008 after defeating an incumbent Democrat in a primary, in part targeting him for his support for the Iraq War.

“When she was in Congress, she was pretty much a lonely voice” on Israel, said Rabbi Stuart Weinblatt, rabbi at the Conservative Congregation B’nai Tzedek in Potomac. “Now there’s a ‘S,’ there are others who share her attitude towards Israel. It should be that much more of a concern to the pro-Israel community.”

“I am a staunch supporter of Israel and fully back America’s commitment to Israel’s security. I’ve traveled throughout Israel and seen her promise and the threats to her existence,” Edwards told The Washington Post in 2015. JI could not reach Edwards for comment on Monday night.

Jeremy Ben-Ami, president of J Street, praised Edwards at the time. “She’s been a real serious leader of efforts in Congress to advance the pro-Israel, pro-peace agenda,” he said.

In a 2019 tweet, Edwards quoted a Huffington Post article that said, “[O]ne member of Congress has stood up to the American Israel Public Affairs Committee,” whom Edwards referred to as “my friend” Rep. Betty McCollum (D-MN).

Israel came up when Ivey briefly attempted to challenge Edwards in a 2012 primary. A fundraiser hosted for Ivey by Barbara Goldberg Goldman, a Jewish community activist in Montgomery County who is now vice-chair of the board of the Jewish Democratic Council of America and deputy treasurer for the Maryland Democratic Party, contrasted Ivey and Edwards on Israel.

“Glenn [Ivey] has made it clear that he is unwavering in his support for the State of Israel while his opponent’s voting record, public positions and comments on Israel related issues have been of major concern to the Jewish community,” said an invitation to the event. But Ivey left the race before the election, citing an inability to raise sufficient funds. (Reached last night, Goldberg Goldman declined to comment on the potential candidates in the race due to her role with the state Democratic Party.)

“Glenn has a really good relationship with the Jewish community,” said Susan Turnbull, who was the Democratic candidate for lieutenant governor in Maryland 2018 gubernatorial race.

Weinblatt, who is a member of AIPAC’s national executive council, said Ivey is “someone who has reached out and has very good relations with the pro-Israel community.”

Lewis “is very much in the Steny Hoyer mold: super bright, hardworking, very connected to local constituents,” said Daniel Silverberg, who served as Hoyer’s national security adviser until earlier this year and worked closely with Lewis. “In terms of Israel issues, he really is in the mold of Hoyer — a stalwart defender of the relationship [between the U.S. and Israel] and someone who I think aspires to strengthen the Hoyer legacy in that regard.”

Lewis and Ivey did not respond to requests for comment.