The tight-knit Pittsburgh neighborhood was primed to respond with compassion after the Tree of Life attack, Oppenheimer’s new book suggests 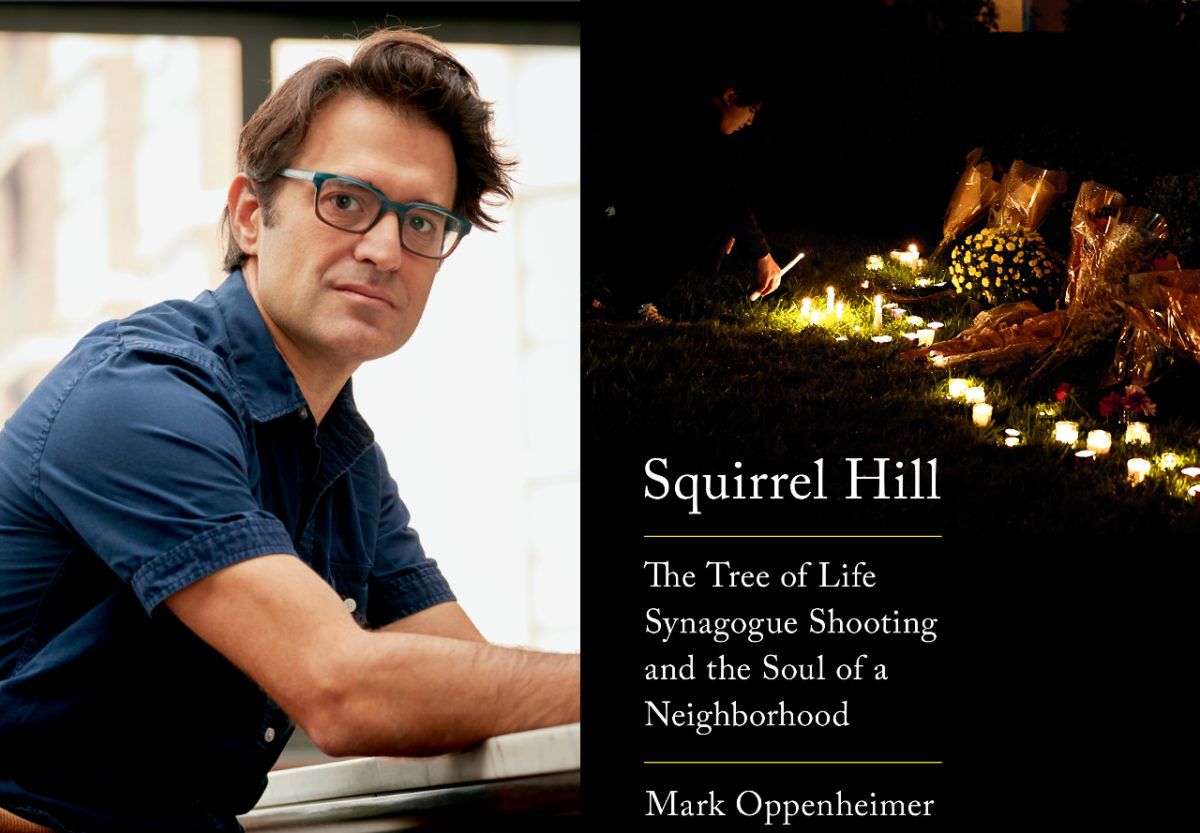 When Greg Zanis heard about the massacre at the Tree of Life synagogue in Pittsburgh in October 2018, he knew that within hours, he would be on the road to Pennsylvania from his home in Illinois.

Since the shooting at Colorado’s Columbine High School in 1999, Zanis has made his way to the site of nearly every major mass murder in the United States. He shows up in his pickup truck with handmade, four-foot-tall crosses to commemorate the victims. If they’re Jewish, he fashions them into Stars of David; for Muslims, the memorial signposts are crescent moons.

In the year after 11 Jews were gunned down during a Saturday morning Shabbat prayer service in Pittsburgh’s tight-knit Squirrel Hill neighborhood, Oppenheimer traveled to Pittsburgh 32 times. Instead of therapy dogs or makeshift memorial objects, he came armed with pen, paper and tape recorder. The result is his new book, Squirrel Hill: The Tree of Life Synagogue Shooting and the Soul of a Neighborhood, which will be published by Knopf on Oct. 5.

The book chronicles how individuals in Squirrel Hill reacted, adapted, mourned and carried on in that first year, culminating in a portrait of a community whose “special qualities did make it uniquely resilient in the aftermath of a mass killing,” Oppenheimer told Jewish Insider in a recent interview. It was a community in crisis, but one with the means to go on. That’s what he wanted to capture.

“I always tried to be mindful of the fact that whatever I was going through was nothing compared to what they had gone through,” Oppenheimer said of his visits to Squirrel Hill. “My job is to listen and present them as carefully and faithfully as I can, and as truthfully as I can.”

The story in a Jewish one: The xenophobic shooter had posted antisemitic screeds online, and he chose the synagogue because it was on a list of congregations hosting a “refugee Shabbat” in conjunction with the refugee resettlement agency HIAS. But it’s a familiar American story, too — just the latest massacre for a nation that has grown used to mass shootings.

The book is not meant to be a chronicle of the attack that occurred nearly three years ago. It’s a history and an ethnography of what Oppenheimer believes is a quintessentially American neighborhood.

“I think that anyone who’s interested in how cities have become vital hubs for immigrants and for people who want a piece of the American dream will really appreciate what Squirrel Hill has to offer,” Oppenheimer argued.

The Jewish community in Squirrel Hill traces its roots to the middle of the 19th century, when a group of four Jewish immigrants — among them Oppenheimer’s great-great-great-grandfather — founded the community’s first Jewish burial society. Oppenheimer grew up in Springfield, Mass., and now lives in New Haven, Conn., but he has a particular fondness for the feeling Squirrel Hill offers.

“Pittsburgh is not unique, but it is special. It has special things going for it,” Oppenheimer explained. “A lot of neighborhoods in Pittsburgh feel like small towns unto themselves with business districts and public schools and libraries and shopping centers and houses of worship, all pretty centrally located and available to the people who radiate out from those central hubs.”

Pittsburgh also has “a long history of being a pretty tolerant place,” said Oppenheimer.

In the book, he takes this argument one step further, calling Squirrel Hill “the oldest, most stable, most internally diverse Jewish neighborhood in the United States.”

But the Squirrel Hill that readers learn about is not just the Jewish Squirrel Hill. This is Oppenheimer’s central argument — that the neighborhood works because there is a degree of harmony and allyship between the Jews and their non-Jewish neighbors.

“I’m an American, and I believe in the virtues of living in a diverse, pluralistic country,” Oppenheimer noted. “What you saw in the aftermath of the Tree of Life shooting was a lot of people stepping forward as fellow citizens to reassure us that they are part of that fabric.” In the days after the attack, members of the Islamic Center of Pittsburgh raised more than $70,000 for the synagogue, and local Muslims helped distribute the money for funeral expenses and medical bills.

But even in a place with a history of tolerance, members of minority communities still sometimes feel a sense of otherness. “You never say, ‘We’ve arrived, and we’ve gotten there,’” Oppenheimer explained. “We always have to keep relearning the history, relearning what other groups are going through and their experiences.”

For Jews, this might mean learning about the experience of the Black community in Pittsburgh. And for the non-Jewish residents of Squirrel Hill, this means remembering that even three years after the attack, their Jewish neighbors are struggling.

“​​I think most gentiles have largely forgotten about the attack,” said Oppenheimer. “I even met gentiles inside Pittsburgh who lived a few miles away [and] who were a little bit hazy on whether the attack was one year ago or 10 years ago, couldn’t quite remember what neighborhood it was in.”

Even though Oppenheimer preferred to focus on tales of resilience and acts of chesed among members of the Squirrel Hill community, he could not ignore the larger story about antisemitism. Another synagogue shooting took place in Poway, Calif., just six months after the Tree of Life attack. One person was killed, and three others were injured, including the Chabad synagogue’s rabbi.

“Reporting this book forced me to confront the ubiquity of low-level antisemitism in America,” Oppenheimer said. He was referring not to synagogue shootings but to the vitriol and assaults “felt most keenly by Jews who present as Jewish: Orthodox Jews and others who, through their garb or other signifiers, like walking into a synagogue on Shabbat, or carrying a lulav and etrog on Sukkot, or wearing a yarmulke, or wearing a wig if they’re female, present as Jewish.”

Part of what makes Squirrel Hill unique is how those people who are most visibly Jewish are part of the same community as more secular Jews. Their synagogues, schools and restaurants are located within a relatively small radius.

That sense of unity in Squirrel Hill was tested almost immediately after the attack, when members of the local chapter of the progressive Jewish organization Bend the Arc arranged a protest against then-President Donald Trump, who visited the community soon after the shooting.

The shooting “happened in Western Pennsylvania, which is one of the most purple places, and one of the most polarized places in the country,” said Oppenheimer. “This was always going to be politicized. Certainly, the fact that Trump came to town on the Tuesday after the shooting, that he came to town as they were burying bodies, and as they were sitting shiva, made it even more contentious and more politicized.”

But then something surprising happened. “To me, what’s really interesting is all the ways in which this community, not just the Jewish community, but Squirrel Hill and Pittsburgh and Western Pennsylvania more generally, holds together. People still managed to find spaces to treat each other decently and think of each other as fellow citizens, despite the very real fact of polarization.”