Boehner was supposed to notify the White House, Dermer says of Netanyahu’s 2015 speech to Congress 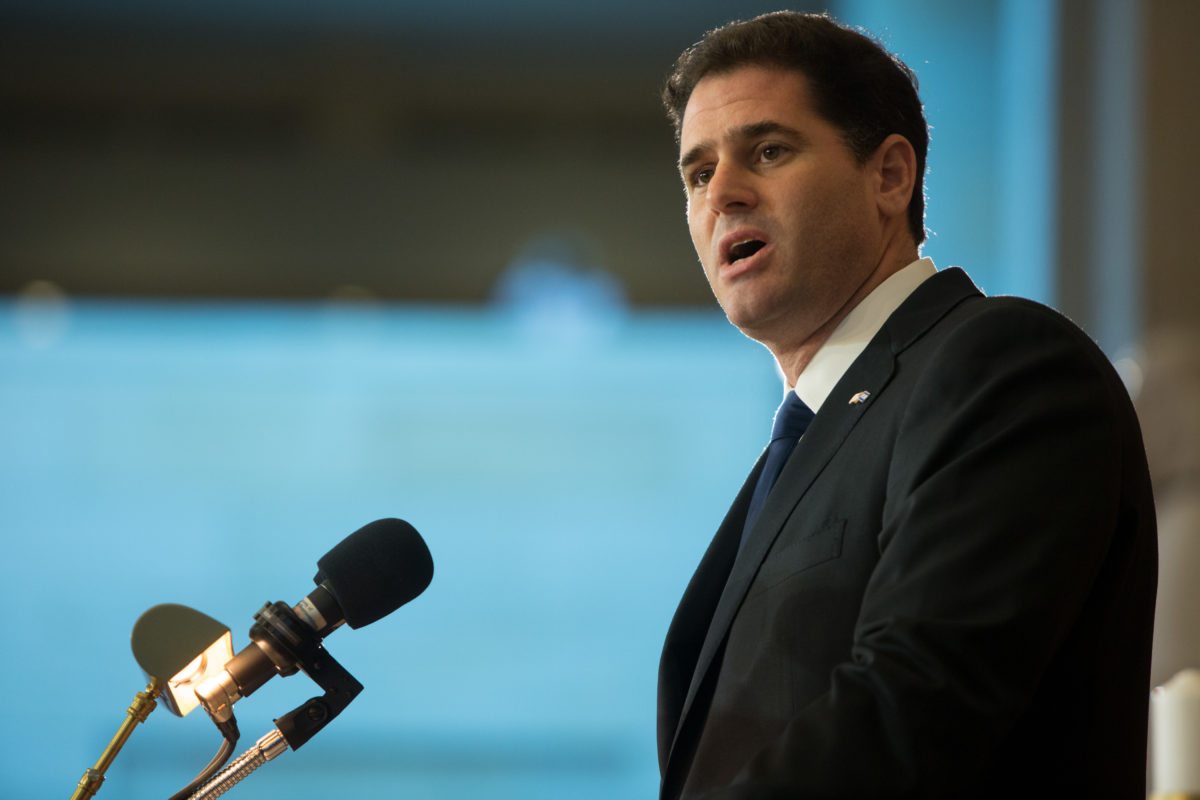 Ron Dermer, former then-ambassador of Israel, speaks at the National Commemoration of the Days of Remembrance honoring the victims of the Holocaust and Nazi persecution at the U.S. Capitol building in Washington D.C., April 30, 2014.

The speech by Netanyahu came as the White House pressured Congress to support the soon-to-be finalized Iran deal, which was opposed by the Israeli government. Boehner’s invitation for Netanyahu to speak to a joint session, ostensibly to argue against the deal, came without notifying the White House, which many Democrats decried at the time as a breach of protocol.

Asked about the shift away from a bipartisan consensus in Washington on Israel on the podcast last week, Rhodes did not hesitate to shift the blame to Netanyahu for his address to Congress..

“On the Iran issue, we didn’t break norms by the way in which we made the case for the diplomatic agreement that we had always said that we were trying to reach through the Obama administration,” Rhodes argued. “It was Prime Minister Netanyahu, who at the invitation of a Republican speaker of the house without even telling us. We didn’t learn from the Israeli government. We learned from a press release from John Boehner that the prime minister of Israel was going to come and make a speech to the US Congress against a signature foreign policy issue.”

Still, Dermer defended Boehner’s request. “People tell you all the time, ‘Hey, Ambassador, I want to tell [Netanyahu].’ I’ve had times, this may surprise you, where — and this happened several times with a very senior member of the Obama administration — [they] will tell me, the ambassador, ‘Don’t tell the prime minister, I want to tell the prime minister,’ he said, “You have to always make judgment calls about how important is this thing that you’re telling them or not telling them. The currency of trust is very important.”

Boehner did not respond to a request for comment.

In the podcast interview, Dermer proceeded to blame the Obama administration for politicizing the opposition to the deal. “The ones who turned this into a partisan issue was the White House,” he said. “And they did it in order to delegitimize the arguments, instead of actually seriously thinking about what the prime minister said.”

“Instead of understanding that they’re dealing with a sovereign Jewish state that is being threatened with annihilation, and a prime minister of Israel is going to go speak out against the deal that he thinks is a threat to the survival of the one and only Jewish state, they dismiss it as politics,” Dermer complained.

“Had there been a Republican president who had the same deal on the table, we would have acted the same way,” Dermer argued, pointing to a meeting in 2002 convened by Netanyahu, then a private citizen, with 50 senators on behalf of the Israeli government after then-President George W. Bush called on Israel to withdraw from the West Bank.