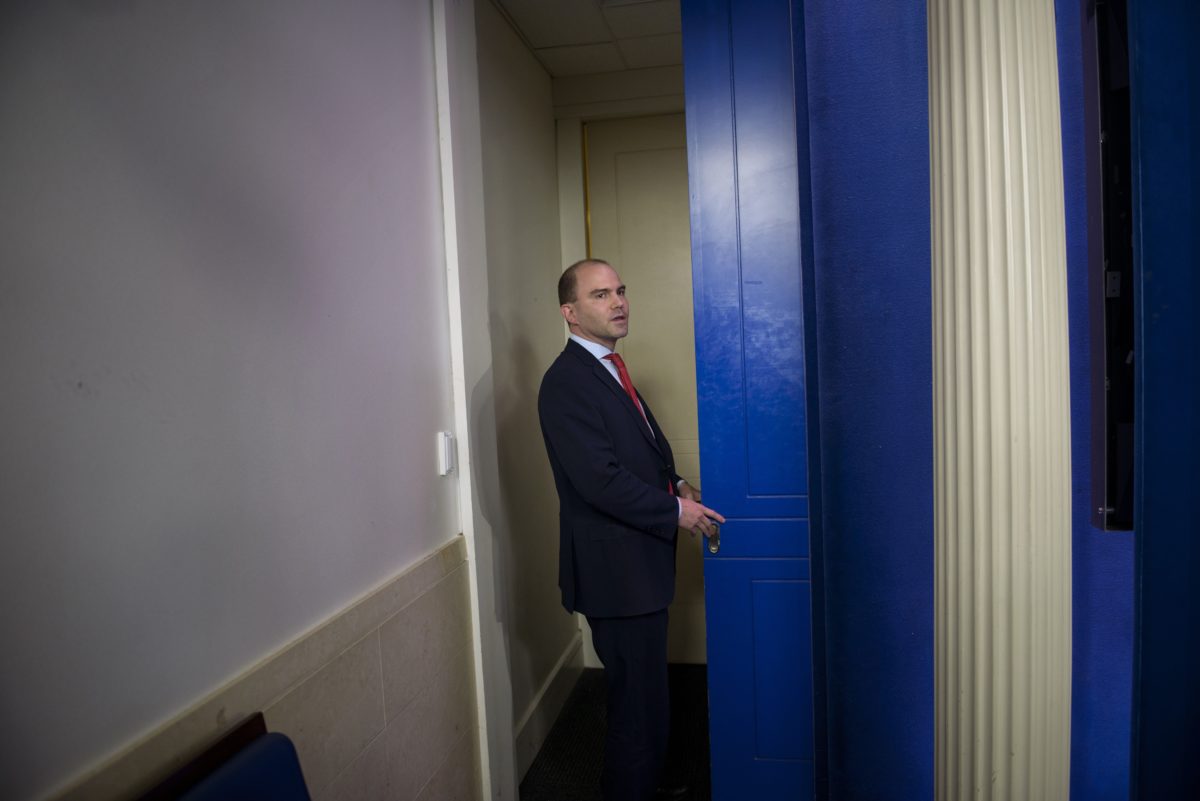 On this week’s episode of Jewish Insider’s “Limited Liability Podcast,” co-hosts Richard Goldberg and Jarrod Bernstein are joined by Ben Rhodes, former White House deputy national security advisor in the Obama administration and author of the new book After the Fall: Being American in the World We’ve Made. In a spirited discussion, Rhodes, who is credited with designing the political and messaging campaign that allowed the Iran nuclear deal to move forward, discussed the merits of Obama’s signature foreign policy achievement as President Joe Biden negotiates reentering the agreement.

Looking back: Rhodes reflected on the heated debate as the agreement was being negotiated in 2015. “The argument that we made that touched a nerve with some people was that there was basically a choice between this kind of deal, Iran getting a nuclear weapon or another war,” Rhodes said. “I still stand by those arguments in the sense of what we’re saying is, there’s three ways to solve this problem. You either are going to have some diplomatic agreement that restricts and restrains and rolls back the Iranian nuclear program, you’re going to have an unconstrained Iran nuclear program, or you’re going to have to use military force to constrain the nuclear program. I’d make that argument today. When I look back on that period, the stuff being thrown at us, the stuff being thrown at me personally, it’s not like I emerged from that not bloodied and bruised. There was pretty brutal rhetoric used against us at that time.” Goldberg replied, “Obviously, President Obama famously would always say the military option was on the table and he wasn’t a warmonger by your estimation. Both sides have a military option on the table.”

Charged rhetoric: The former Obama advisor acknowledged that mudslinging came from both sides of the aisle, as some vocal opponents of the agreement were accused of putting Israel’s interests over the United States. But Rhodes said the White House never engaged in such rhetoric. “We never would have used language like ‘Israel-firsters,’” Rhodes said, describing the language as “out of bounds.” “I was assigned a lot more power than I had by some of our critics that I was somehow completely masterminding and shaping everything that everybody said in this debate,” Rhodes argued. “If you look at the huge volume of material produced by the White House in defense of the Iran deal, it was usually very specific.”

Good and evil: Asked if he views the Islamic Republic of Iran as evil, Rhodes hesitated. “I don’t like calling any country evil,” he said, “because I think that countries are made up of individuals. There are evil people in the Islamic Republic of Iran. There are good people who live in that country. This is core to my worldview: I would not point at any one country in the world and say that country is evil.” Rhodes argued that “there are technocrats in the Islamic Republic of Iran who I don’t think are evil people. There are some evil people who are hateful and Holocaust deniers and killers and the rest of it as well.” But, he added, “I wouldn’t look at any one government or nation and say it’s a monolith, all those people are the same, all those people are evil. I think that the U.S. makes a mistake sometimes in its foreign policy, and we deny ourselves opportunities to make diplomatic progress when we look at whole governments, which are incredibly complicated organisms filled with very different people, and say, ‘That whole government is evil.’”

Terrorism sanctions: Citing recent comments by US envoy to Iran Rob Malley, who has said the U.S. would lift terrorism sanctions on key Iranian banks and companies as part of rejoining the Iran deal, Goldberg asked Rhodes whether he and the Obama administration misled Congress and the American public by claiming that the U.S. had the right to impose terrorism sanctions on Iran regardless of the JCPOA (Joint Comprehensive Plan of Action). Rhodes acknowledged that the U.S. has the right to impose terrorism sanctions — including on the Central Bank of Iran — if evidence exists of terrorism finance. Rhodes rejected the suggestion that the 2015 deal was soft on terrorism-related sanctions. “No American policymaker should, or would, I think rule out any particular sanction,” he said. “If the Biden team, let’s say they’re successful, let’s say they get back into JCPOA,” Rhodes added, “I’m sure they would continue to pursue additional terrorism-related designations going forward, as they should.” But Rhodes was critical of unnecessary sanctions, in particular pointing to sanctions under Trump as an “effort to undermine any return to the JCPOA, not just pure terrorism.”

Counterpoint: Goldberg, who served as Director for Countering Iranian Weapons of Mass Destruction for the White House National Security Council under Trump, pushed back against Rhodes arguments, countering “if you have evidence of financing terrorism, you have to produce that, as you know, the intelligence community has to validate it to get it declassified, it becomes a sanctions package, career civil servants that state and Treasury have to validate, DOJ has to validate that it can withstand legal challenge. And that means you’re using the executive order for financing terrorism, exact evidence of terrorism, not nuclear.” Goldberg pointed to the timing of the sanctions in September 2019, arguing “There’s no way that Donald Trump or anybody working for him in the administration believed that he wouldn’t win reelection in September of 2019. It clearly was not used to stop going back to JCPOA.” 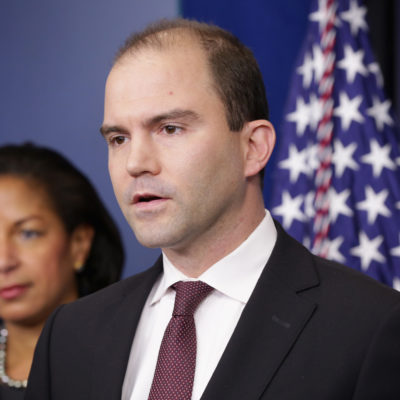