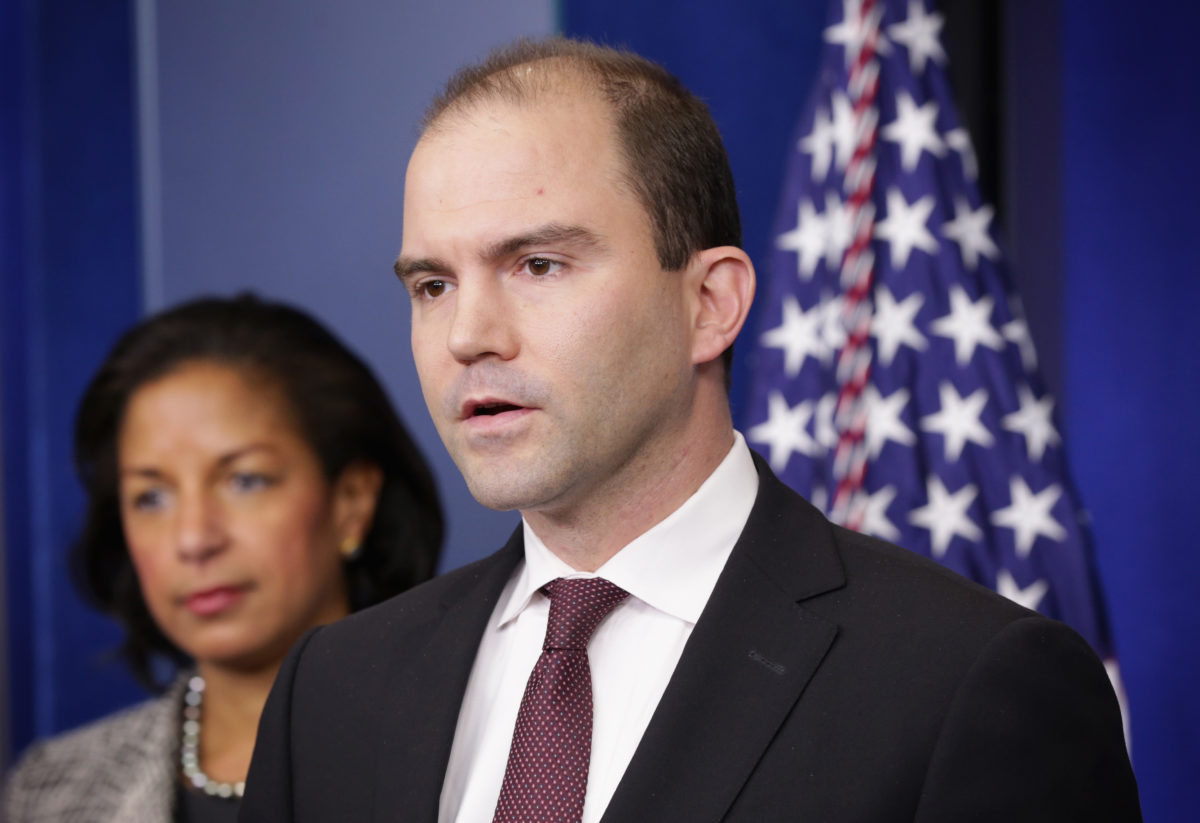 The admission came in response to a question on the definition of Zionism. “I think what it’s always been,” Rhodes said. “The Jewish people deserve a homeland in their historic homeland. And I mean, that’s the simplest version.”

Obama’s speech, made to an audience of students at Cairo University, came less than five months after his inauguration, during a aimed at resetting U.S.–Middle East relations. “I’ve come here to Cairo to seek a new beginning between the United States and Muslims around the world,” Obama said towards the start of his remarks. Later, while calling for peace between Israelis and Palestinians, Obama sought to explain the Israeli claim to its state.

“America’s strong bonds with Israel are well-known. This bond is unbreakable. It is based upon cultural and historical ties, and the recognition that the aspiration for a Jewish homeland is rooted in a tragic history that cannot be denied,” Obama said. “Around the world, the Jewish people were persecuted for centuries, and antisemitism in Europe culminated in an unprecedented Holocaust,” Obama said at the time.

The reference to the Holocaust drew criticism from politicians and historians, who noted that the movement for Jewish statehood pre-dated the Holocaust.

On this week’s podcast, Rhodes, who wrote the 2009 speech, acknowledged the criticism, calling the reference “a mistake I made.”

“That was a totally fair and accurate criticism, to discount the fact that this is the historic homeland of the Jewish people,” he admitted. “Israel didn’t just commence with the Holocaust itself.”

Rhodes, who also spoke on the episode about his background as a secular Jew, explained that the aim was not to speak to the origins of Israel. “Our intention in doing that, by the way, was to call out Holocaust denial in in the Muslim world and to speak to the fact that if you had the Holocaust, in your recent memory, it’s totally legitimate to be particularly concerned about security.”