Among the songwriting legend’s many mysteries, a look at his relationship to Judaism and Israel 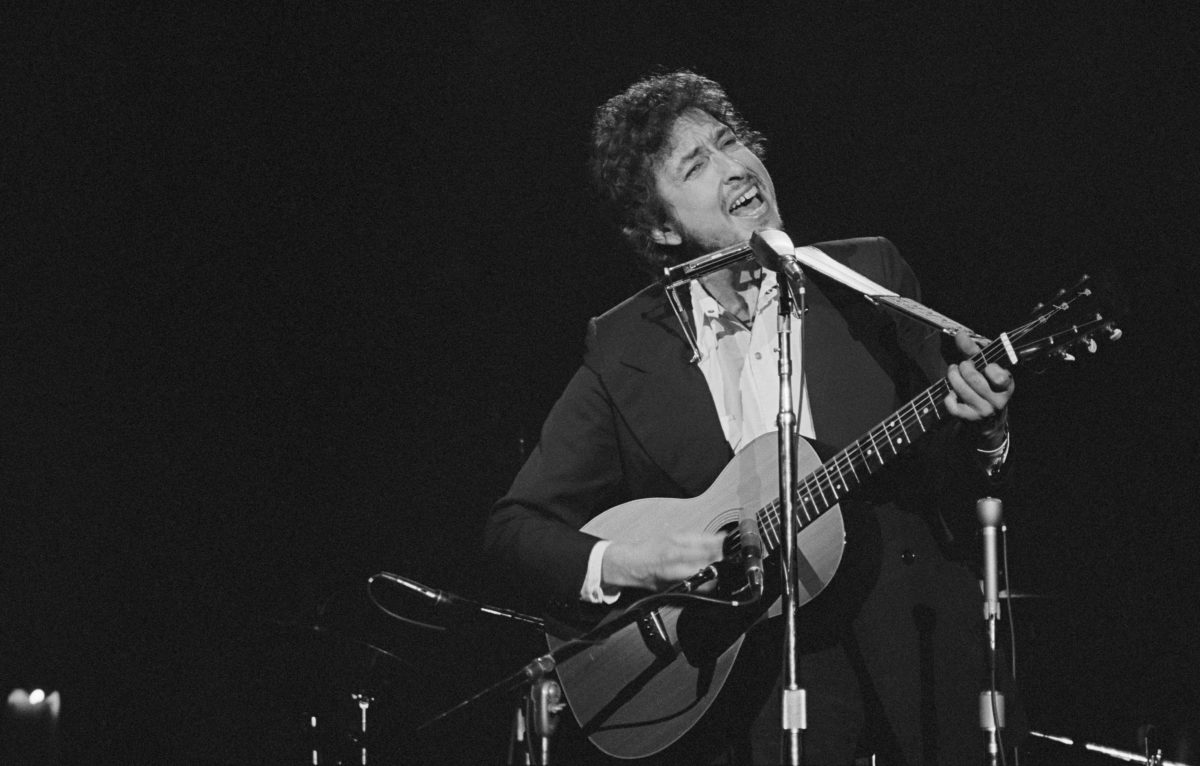 Bob Dylan performing on stage, circa 1975.

Bob Dylan has never made it easy for the legions of fans, critics, scholars and journalists who analyze his music with almost Talmudic fervor. Famously unforthcoming in interviews, which are rare, the protean singer-songwriter and Nobel Prize winner has succeeded in keeping listeners guessing over the course of his nearly six-decade recording career.

Dylan, who turns 80 today, remains a mystifying figure in American popular culture, even as many of the songs from his 39 studio albums — the most recent of which, Rough and Rowdy Ways, came out last year — feel as relevant today as they did when they were first produced, including “Masters of War,” “The Times They Are A-Changin,’” and “Hurricane,” among countless other hits.

“Bob Dylan displayed the wit and wisdom of an 80-year-old man from the very first time we heard him at age 21 in 1962,” Seth Rogovoy, the author of Bob Dylan: Prophet, Mystic, Poet, told Jewish Insider in a recent email exchange. “The point is not so much age as it is timelessness.”

Even obscure works from Dylan’s lesser-known albums manage, on occasion, to speak to the moment long after they have been released. “Neighborhood Bully,” from Dylan’s 1983 record Infidels, was released a year after the First Lebanon War and two years after an airstrike in which Israel destroyed an Iraqi nuclear reactor outside Baghdad. But its themes have clear parallels with the recent conflict between Israel and Hamas. The song, a hard-driving rock number, never explicitly mentions Israel, yet it is widely interpreted as something of a Zionist anthem in the form of a biting satire lambasting those who would fault the Jewish state for defending itself in a hostile region.

He’s criticized and condemned for being alive

“It’s so right for this moment, with the whole discussion of Israel being totally hypocritical,” argued Barry Shrage, a professor in the Hornstein Jewish Professional Leadership Program at Brandeis University and the former president of the Combined Jewish Philanthropies of Greater Boston.

For Barry Faulk, a professor of English at Florida State University who specializes in 20th century popular music, “Neighborhood Bully” speaks more broadly to what he regards as an aspect of Dylan’s political temperament that in some ways cuts against his reputation as a countercultural icon. “It reminds me that Dylan has long worked outside, even against, the secular liberalism that was the core value of his early audience,” Faulk told JI, describing the song as one of his favorites in Dylan’s extensive oeuvre.

True to form, however, Dylan has kept his distance from “Neighborhood Bully,” a controversial song that has garnered its fair share of criticism over the past few decades — and is, somewhat mysteriously, unavailable on YouTube despite that other songs from Infidels can be accessed on the site.

Dylan has never performed the song live, according to Terry Gans’s 2020 book Surviving in a Ruthless World: Bob Dylan’s Voyage to ‘Infidels.’ The singer only seems to have discussed it once, in a 1984 interview with Rolling Stone in which he denied that the song was a Zionist political statement.

But when Loder asked if it would be “fair to call that song a heartfelt statement of belief,” Dylan seems to have let his guard down ever so slightly.

“Maybe it is, yeah,” he replied. “But just because somebody feels a certain way, you can’t come around and stick some political-party slogan on it. If you listen closely, it really could be about other things. It’s simple and easy to define it, so you got it pegged, and you can deal with it in that certain kinda way. However, I wouldn’t do that, ’cause I don’t know what the politics of Israel is. I just don’t know.”

Despite his self-proclaimed ignorance of Israeli politics, Dylan has nevertheless maintained a connection with the Jewish state throughout his career. He has visited Israel a number of times and played a handful of shows there, most recently in 2011. In 1983, the year he put out “Neighborhood Bully” — released in Hebrew by Ariel Zilber in 2012 — Dylan celebrated his son’s bar mitzvah at the Western Wall.

Still, on a personal as well as an artistic level, Dylan also seems to have demonstrated something of an ambivalent relationship with his own Judaism. Born Robert Zimmerman, Minnesota’s Jewish son briefly flirted with born-again Christianity in the late 1970s and early ’80s — during which time he produced a trio of evangelical albums, the first of which Slow Train Coming, is regarded as a classic of the form.

But while Dylan’s music has always retained something of a Biblical subtext, he has rarely alluded to his Jewish roots, with the exception of some songs such as “Highway 61 Revisited,” “All Along the Watchtower,” “With God on Our Side” and the little-known novelty “Talkin’ Hava Nagilah Blues.”

“For the most part he is not explicit about these themes,” said Elliot Wolfson, a professor of Jewish Studies at the University of California, Santa Barbara, who contributed an essay on Dylan’s “Jewish gnosis” to a new collection, The World of Bob Dylan.

In many ways, that approach is in keeping with Dylan’s persistent effort to evade any kind of label, according to the music historian and critic Ted Gioia. “For me, Dylan will always be the musician who didn’t care about having a personal logo, or attaching his name to a running shoe, or launching a high-priced fashion line,” he told JI. “If you believe his songs, he expected us to have higher aspirations than that. Even now, I’d like to think that’s what he wants his legacy to be after he’s gone.”

Gayle Wald, a professor of English at The George Washington University, echoed that sentiment. “From a certain perspective,” she said of Dylan, “he’s not very satisfying because he’s not intelligible, always, as a Jew.”

One gets the sense, though, that Dylan wouldn’t want it any other way.