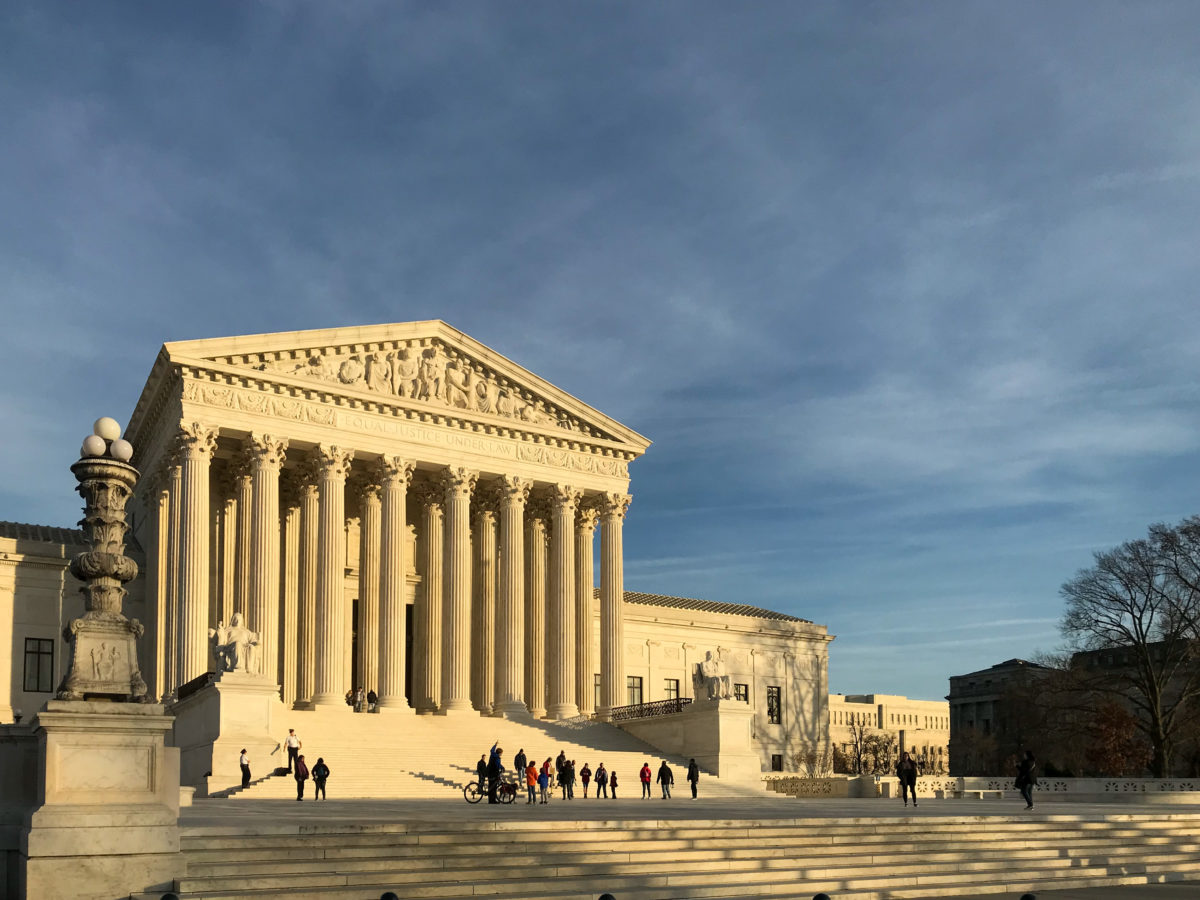 The Supreme Court heard virtual oral arguments on Monday in two cases related to Holocaust-era property restitution claims against the governments of Germany and Hungary.

In the first case, Germany v. Philipp, the German government is seeking to dismiss a case filed against it by the descendants of a group of Jewish art dealers who sold a collection of art — the Guelph Treasure — to Nazi officials in 1935, during the lead-up to the Holocaust. The heirs are seeking restitution for the artwork, which they say was sold under duress at well below market value.

In the second, Hungary v. Simon, the court is considering whether to dismiss a case filed by a group of 14 Holocaust survivors against the government of Hungary and the country’s state-owned railway company, seeking restitution for property the government confiscated during World War II.

While the circumstances and arguments in each case diverge in areas, they both relate to the Foreign Sovereign Immunities Act (FSIA), which limits the circumstances under which foreign governments can be sued in U.S. courts but contains an exception for “property taken in violation of international law.”

Arguments for Germany v. Philipp primarily focused on the scope of the FSIA exception, and whether it applies to foreign governments accused of taking their own citizens’ property.

Nicholas O’Donnell, a lawyer representing the heirs in Germany v. Philipp, argued that the FSIA exemption applies in this case and faced questions from the justices about the limits of his interpretation of the exception.

“The justices were deeply engaged in the text of the law and its implications, which is what you would expect,” O’Donnell told JI. “There wasn’t a lot of focus on our case because I imagine they’re trying to fashion a ruling that will guide other cases.”

The Justice Department is siding with Germany in calling for the heirs’ lawsuit to be dismissed and with Hungary in asking that the survivors’ case be returned to a lower court to decide whether U.S. courts should weigh in.

O’Donnell described the Justice Department’s decision to side with the German government as “a shocking abdication of the U.S. government’s responsibility that will take a long time to repair.”

O’Donnell declined to speculate on the possible outcome of the case based on Monday’s proceedings.

Jonathan Freiman, a lawyer representing the German government, argued in part that the FSIA exception did not apply in this case because the German government had taken property from German citizens within German territory. Several justices appeared dubious of this argument in their questions, some observers noted. Freiman also claimed that O’Donnell’s interpretation would grant federal courts vast power in foreign relations.

“I’m pleased to have had the opportunity to present the case to the Supreme Court and to have heard their careful questions to both sides, and look forward to their decisions,” Freiman told JI.

The arguments for the Hungary case largely revolve around the issue of “international comity” — whether the federal courts can decline to take up the case and defer the matter to the Hungarian courts, even if the federal courts have jurisdiction. The German lawyers are also making a comity argument, but the issue received less attention during arguments for that case.

Sarah Harrington, an attorney representing the Holocaust victims in the Hungarian case, argued that, through the FSIA, Congress had previously determined that U.S. courts can and should hear cases like the one brought by the victims.

“I felt like it was a really good discussion, I felt good that the justices were very engaged with the issues and they asked good questions,” said Harrington.

But she noted that it is traditionally difficult to determine how justices will ultimately rule in any case, and the court’s current remote setup — all oral arguments take place by telephone and each justice takes turns asking questions for a pre-set amount of time — makes matters more difficult.

“You don’t get any visual cues. And you can’t see whether your arguments are landing or not… You don’t get any cues about who’s really interested and who has a lot of questions and who has very few questions,” Harrington explained. “But I felt good about the conversation. I felt like they understood our arguments from the brief. And they seemed receptive to what we were saying at the argument.”

Some justices suggested during the Hungary v. Simon arguments that such a ruling could force federal judges to assess the foreign policy implications of individual lawsuits.

Gregory Silbert, a lawyer for the Hungarian government, did not reply to a request for comment.

He argued that allowing the case to proceed would open the U.S. government to adjudication for its own misdeeds in foreign courts and place the federal judiciary in a position where it would be forced to engage in foreign policy.

Harrington said — and other observers agreed — that some justices seemed “frustrated” with the fact that the U.S. government had failed to fully articulate what it saw as the proper course of action in this case.

Mark Feldman, a former State Department lawyer who was involved in drafting the statutes in question in these cases and filed an amicus brief in favor of the Holocaust survivors in Hungary v. Simon, opined to JI that Hungary’s case is inconsistent with FSIA.

“It’s completely contrary to the statutory intent, the text, the structure, and the specific intent of the drafters because it would reinstate State Department case-by-case determination,” Feldman said. “We disabused ourselves of this responsibility because we couldn’t do it properly.”

Feldman said the justices appeared to respond positively to this argument, but also noted that the current Supreme Court has a record of wariness about opening U.S. courts to international human rights litigation — a potential factor in favor of Hungary.

Richard Weisberg, a visiting law professor at the University of Pittsburgh and a constitutional law professor at Yeshiva University’s Cardozo School of Law, is arguing a parallel case in the Seventh Circuit Court, and filed an amicus brief siding with the Holocaust victims in the Hungary case.

Weisberg said that Justice Amy Coney Barrett’s questions in both cases surprised him because he felt they were not necessarily consistent with her originalist philosophy.

“Her questions did not really have very much to do with the plain meaning of the Foreign Sovereign Immunities Act,” Weisberg told JI. “Given her record on the D.C. circuit and her stated views about originalism, I didn’t see very much originalism in her questions.”

Weisberg noted that it is difficult to map out a liberal/conservative paradigm based on the questions judges offered in Monday’s arguments — and that it can be generally foolhardy to try to anticipate how justices will vote. But he added that the other nominally conservative justices “stayed a little truer to their own statutory interpretation histories.”

“If the justices… stick to the plain meaning of the statue, then there should be very little chance of success in finding for the appellants,” he said. “In other words, they should sustain both D.C. Circuit decisions, the one in Simon and the one in Philipp… There’s very little in the statute that opens the doors that the U.S. government and the defendant governments in these two cases were trying to open and rely on.”

Germany v. Philipp has attracted significant outside attention, including an amicus brief filed by several members of Congress in favor of the Holocaust survivors, and two separate congressional letters — one of them expressing concerns about the solicitor general’s decision to side with Germany.

The court is expected to issue its decisions in both cases next year.