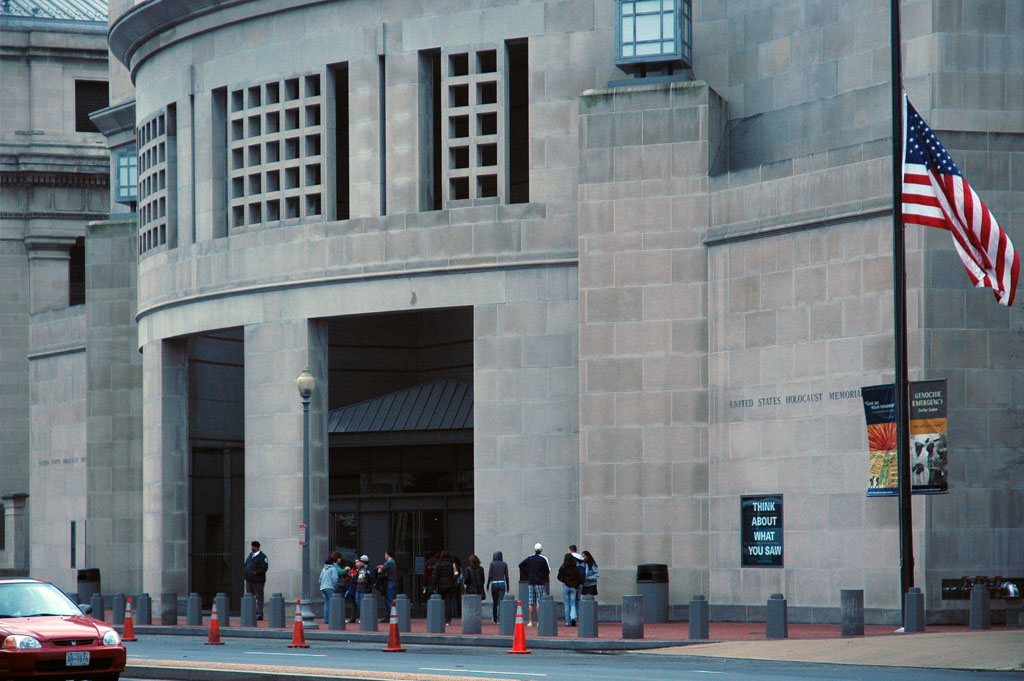 In the final weeks of their terms, U.S. presidents appoint dozens of individuals — including donors, friends and staffers — to positions on a number of federal boards, councils and committees.

It’s a move undertaken by all recent outgoing administrations, and largely seeks to reward party loyalty and service. Kellyanne Conway, who was President Donald Trump’s senior advisor for most of his tenure, was announced last week as a new member of the U.S. Air Force Academy Board of Visitors. Days before leaving office in 2017, former President Barack Obama appointed Valerie Jarrett, then his senior advisor, and Susan Rice, who served as his national security advisor, to trustee positions at the John F. Kennedy Center for the Performing Arts.

Many of the appointments are personal — often, an appointee will ask to sit on a particular board or council relevant to their interests.

But some of Trump’s recent appointments to the U.S. Holocaust Museum Council have raised eyebrows in the Jewish community. On Wednesday, the White House announced the appointments of Trump’s personal bodyman Nicholas Luna, White House attorney Mitchell Webber and Andrew Giuliani, son of former New York City Mayor Rudy Giuliani, to the council.

Being selected to join the Holocaust Museum Council is a “sacred” appointment, Abe Foxman, the former head of the Anti-Defamation League who served several terms on the board, told Jewish Insider. “Its mission and responsibility is to protect the memory and the lessons of the Holocaust.”

Other recent appointments to the council include Michael Glassner, who headed the president’s 2020 campaign committee, and Texas-based Republican strategist Jeffrey Miller.

The president is expected to make roughly a dozen more appointments to the U.S. Holocaust Museum Council before his term ends on January 20, mostly filling seats that will be left vacant at the end of the year. Council members serve for five-year terms, but often stay on longer if the current administration chooses not to immediately fill the seat. All of the current and former council members consulted by JI suggested that Trump will fill all of the seats before Inauguration Day.

The individuals who spoke to JI after Wednesday’s announcement were puzzled by the appointment of Giuliani. “Maybe he’s dating a Jewish girl whose parents are Holocaust survivors?” one former board member half jokingly suggested. Neither Luna nor Giuliani, who serves as a special assistant to the president, have any known ties to the American Jewish community or the museum.

While fundraising is one of the core responsibilities of council members, they also help to set the museum’s policies. “It is a serious undertaking,” said Foxman.

“You have to bring some sort of something,” Holocaust historian Deborah Lipstadt told JI. “Look, it is a nonprofit, which needs to raise money. So maybe you know very little about the Holocaust but you think the museum is a terrific institution, and you’re a very good fundraiser. Or you have a family institution. You need those people. You know, universities put people on their boards, who are not experts in anything, but who have the means to make other people be able to do their good work.”

Lipstadt, who served on the council after being appointed by President Bill Clinton and then again after an appointment by Obama, was hopeful that some of Trump’s upcoming appointments would include academics, noting that there’s been a tradition of having at least a few scholars serving at any given time.

The makeup of the board has changed over the years — Lipstadt estimated that Holocaust survivors comprised roughly 40% of the council under the Clinton administration. Many of the appointments that come at the end of an administration go to White House staffers.

“If you take a look — the last year of Clinton, the last year of Obama, the last year of Bush — you’ll be surprised by the amount of Washington professionals who have asked for it, and have gotten it,” Foxman said. Ben Rhodes, a top Obama aide, and Sarah Hurwitz, who served as Michelle Obama’s speechwriter from 2010-2017, were both named to the council at the conclusion of Obama’s second term, as were White House LGBT Liaison Raffi Freedman-Gurspan; Melissa Rogers, former special assistant to the president; and Maureen Schulman, whose daughter Kori worked in the Obama White House.

In addition to presidential appointees, a number of legislators serve on the council. Current members of Congress on the Holocaust Museum Council include Reps. Brad Schneider (D-IL), Ted Deutch (D-FL), David Kustoff (R-TN) and Lee Zeldin (R-NY), as well as Sens. Tim Scott (R-SC), Ben Cardin (D-MD), Marco Rubio (R-FL) and Bernie Sanders (I-VT). Some of the legislators, including Deutch, Schneider and Scott, regularly attend council meetings, according to current and former members. Others, including Sanders and Rubio, have been no-shows.

Sanders’s office did not respond to a request for comment. A spokesperson for Rubio emailed: “This year has clearly been anything but normal, but Senator Rubio is proud of his legislative record of accomplishments — including the historic PPP, the Never Again Education Act, and the United States-Israel Security Assistance Authorization Act of 2020 — all in the midst of a global pandemic.”

Fred Zeidman, who was appointed as the council’s chair in 2002, praised the nonpartisan nature of the board. When the Houston-based GOP donor was appointed by President George W. Bush, he inherited an entirely Democratic board of members who were selected during the Clinton administration.

“I basically said, in my first meeting, I’ll never forget this,” he recalled. “I stood up, I said, ‘Look at my tie. There’s no elephants on my tie. You know, we’re here for the survivors. And so whatever our political leanings are, we need to leave them at the door and work for the survivors. This just can’t be political.’ And everybody bought into it.”

Zeidman had high praise for a number of Democrats with whom he served, including Kitty Dukakis, Norman Brownstein and Lanny Breuer. “They said, ‘Fred’s right, let’s give him a shot.’ And it worked out really well,” he said. “There was certainly incredible divisiveness, just because of the [2000] election. And so that became a real issue. But we buried that very quickly, and we just had one hell of a run.”

A current council member, who requested that his name not be used, said that the political makeup of the board does not affect the day-to-day operations of the museum. “I think any of the changes really would be more in tone, than anything as far as the direction of the work the museum is doing.”

Lipstadt praised the executive leadership of the museum, including its longtime director, Sara Bloomfield, for maintaining its nonpartisan stance. “They’ve got to walk a very fine line. They’re a federal institution. And yet it’s a federal institution rooted in fighting antisemitism.”

“It is abused politically,” said Foxman. “That’s the other problem. Because the appointments are done for politics, rather than scholarship and other values. It’s done for political purposes, which while it’s good, it undermines it,” he added. “The Holocaust is neither Democratic nor Republican.”