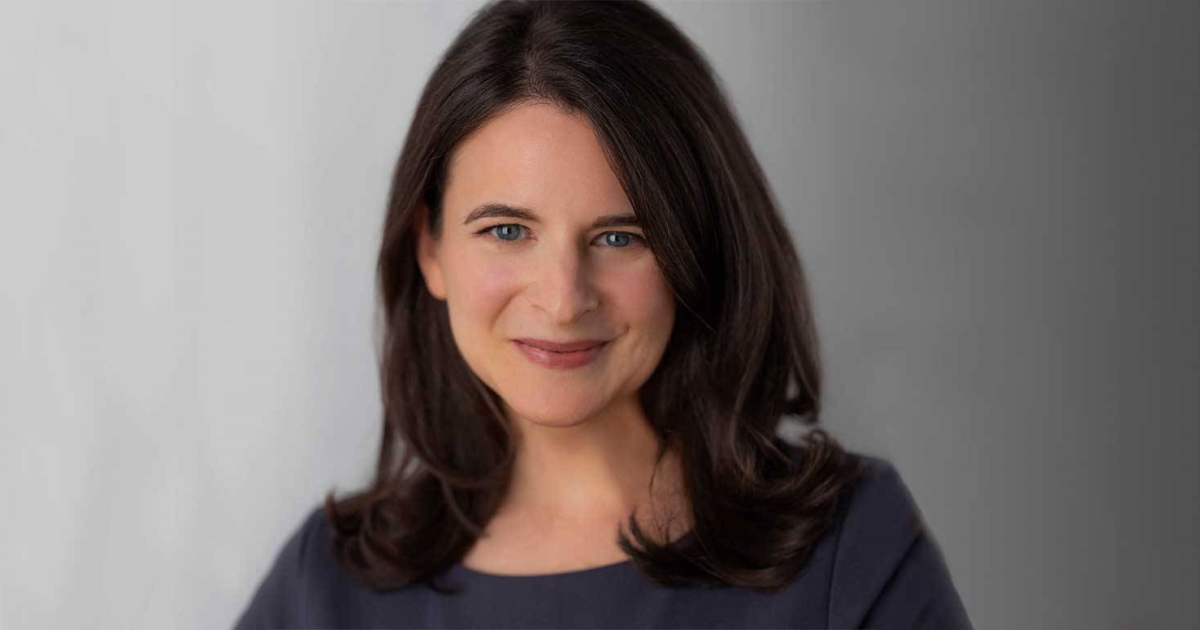 Sarah Hurwitz, author of 'Here All Along.'

It was Yom Kippur 2016, and Sarah Hurwitz was attending prayer services in Washington, D.C. The longtime speechwriter for then-First Lady Michelle Obama didn’t welcome the intrusion of work into the holiest day in the Jewish calendar.

But it was also just one day before the first lady was poised to make a memorable, impassioned and fiery address. In that speech in Manchester, New Hampshire, the First Lady lambasted then-candidate Donald Trump for “countless examples of how he has treated women his whole life… The belief that you can do anything you want to a woman. It is cruel. It’s frightening. And the truth is, it hurts. It hurts.” Obama’s speech was labeled “epic” by The Washington Post and “the most powerful speech of this election” by Vogue.

And a day earlier, in the midst of the Yom Kippur liturgy, Hurwitz chose to have her say in drafting that address as well.

“I put a lot of thought into how I felt about having to work in a moment where I didn’t want to be working,” Hurwitz recalled in a recent phone interview with Jewish Insider. “In the end, weighing all the costs and weighing the goals that we were working for… That was the calculation I made.”

Hurwitz said she made the choice to work on a speech that was able to “help so many people who’ve experienced sexual assault feel seen and heard… it was a really powerful, moving speech I was really proud to be a part of.” And she understands that all Jews “make that calculation for themselves in the modern world. I think for many Jews it’s just a constant balancing act.”

Those calculations and decisions all came along with Hurwitz’s recent journey to Judaism, an exploration on which she embarked in her mid-30s, which led her to embrace the religion she had mostly avoided as a child and young adult. She chronicled this journey, her beliefs and her approach to Judaism in her debut book, published today, titled Here All Along: Finding Meaning, Spirituality, and a Deeper Connection to Life — in Judaism.

In the book’s intro, Hurwitz wrote that there was no major crisis point or wake-up call that led her to explore Judaism. Instead, despite working around the clock at the White House, she decided on a whim to sign up for a class at a D.C. Jewish center shortly after a breakup.

“What I discovered in that class utterly floored me,” she wrote. Hurwitz — who worked as a speechwriter for Hillary Clinton’s 2008 primary campaign before being hired by President Barack Obama in 2009 and then transitioning to work for the first lady from 2010-2017 — discovered a Judaism that not only inspired and moved her but also mirrored her career in public service.

“[People] know about tikkun olam and tzedaka and caring for the stranger, but Judaism has a lot of really deeper insights,” she told JI. “It has a lot of very specific thinking about how you help those who are struggling, about the value of each human life, and I think the more I learned about all of that, the more I was just struck by how much that was the driving force of my career in politics.”

And years after she first began studying Judaism, Hurwitz said, she realized that “it might be helpful to write a book that I wish I’d had when I first started learning.”

In it, she strives to “cover the basics while also unearthing some of the deeper insights and showing people that Judaism has so much to offer about how to live a good life, how to be a better person and how to have spiritual connection.”

While Hurwitz admits D.C. has a certain reputation — one that is often not conducive to religion and spirituality — she said her journey to embrace Judaism fit in pretty well.

“In the Obama White House, so many of my colleagues were such spiritual, compassionate, decent people,” she said. “So I think they really kind of identified with what I was doing, admired what I was doing… if you look at folks in the Obama White House, if you look at folks at a lot of the nonprofits… you’re going to find a lot of people who are not just self-centered, ambitious and self absorbed. I think you’ll find people who really care deeply about other people and are really public minded.” And those values, she said, “felt very in line with a lot of what I was thinking about when I was studying Judaism.”

Hurwitz experimented with all sorts of Jewish practices, finding the Jewish traditions that spoke to her and that jibed with her lifestyle.

“I currently observe a grand total of two of the rules of keeping kosher — I don’t eat pork or shellfish,” she wrote in Here All Along. “I don’t observe the laws around Shabbat (which prohibit working on Shabbat, among many other things), though I do have regular Shabbat dinners with friends. I don’t spend much time in synagogues, but I do attend services for the major holidays, and I celebrate others. I also try to observe the ethical mitzvot and feel guilty about my frequent lapses in doing so. And I care enough about Judaism to devote thousands of hours to studying it (which is a mitzvah) and writing about it.”

The speechwriter said she doesn’t identify with any one denomination, but finds beauty and draws meaning from all of them.

“I really appreciate the Reform movement’s inclusion and openness, its focus on social justice,” she told JI. “I really appreciate the rigor of the Orthodox movement and its deep textual learning and the commitments to things like Shabbat, which I think is just so powerful. When you actually spend time with folks who are observing Shabbat very, very rigorously, they are truly creating a sanctuary in time that’s special… I admire that. I also admire the Conservative movement’s focus on rigor plus inclusion.”

One topic that doesn’t play a significant role in Hurwitz’s book is the State of Israel. While she mentions traveling there, the Jewish community’s relationship to Zionism is largely unexplored in its pages. But that decision, Hurwitz said, doesn’t mean it’s not a part of her life.

“The modern State of Israel is very important to me,” she said. “My concern was that too often it’s just reduced to these very simplistic talking points and this divisive polarizing language that drives me crazy.” Therefore, Hurwitz didn’t want or feel the need to devote any particular chapter to it.

“Israel is not just some concept,” she said. “It’s a thriving democracy. It is a people, it is a culture, it is a history.”