In a new book, history professor Lila Corwin Berman chronicles the dramatic evolution of Jewish communal organizations over more than a century 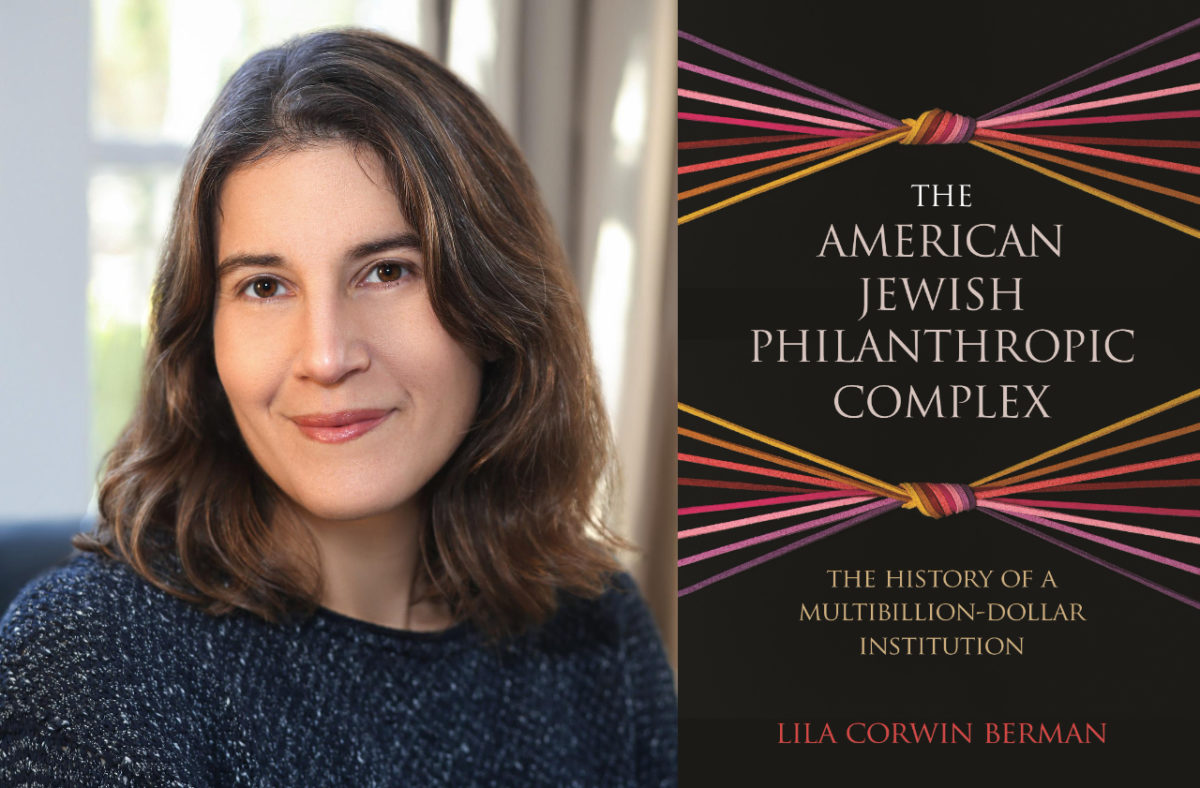 In the early 20th century, American Jewish charitable organizations largely worked to ensure they were never holding on to too much money. In fact, when the Federation of Jewish Philanthropies of New York — the predecessor to the UJA-Federation of New York — was incorporated in 1917, its bylaws prevented it from holding more than $1 million in its “emergency fund” and mandated any bequests be distributed within three years.

Much has changed in the more than 100 years since that moment. Today, major American Jewish organizations hold billions of dollars in endowments and many are structured and designed to be funded in perpetuity.

That evolution is the focus of historian and professor Lila Corwin Berman’s latest book, The American Jewish Philanthropic Complex. In the meticulously researched work, Berman — a professor of American Jewish history at Temple University — traces the history and the transformation of the extensive network of Jewish charitable organizations, exploring how they developed over time, and how that evolution was inextricably interconnected to both changing U.S. tax law and growing capitalistic sentiments.

“I was really interested when I discovered that the New York Federation had in its bylaws a rule against building endowments,” Berman told Jewish Insider in a recent phone interview. “That was so contrary to everything that I just had assumed was part of the story, that of course it was always the goal to build up these big funds.”

Berman charts this major turnaround over a period of many decades, from a model that “worked to make the process of collection and allocation as efficient as possible, as if moving funds through a revolving door,” to the current structure that supports building extensive endowments designed to ensure indefinite funding. She also chronicles the significant role many Jewish organizations played in lobbying for favorable tax reforms to enable and encourage the buildup of significant funds, the way organizations worked to present a unified Jewish consensus to governmental officials, and how many Jewish philanthropists became influential figures in political circles.

“Through their centralization and consolidation over the late nineteenth and early twentieth centuries,” writes Berman, “American Jewish philanthropic organizations gained heft and trendsetting power that far outweighed the small size of the Jewish population, never more than 4% of the American public.”

Throughout the book, Berman details prominent figures, organizations and movements that had a significant impact on the development of American Jewish philanthropy. The events and incidents she documents include the formation of the Conference of Presidents of Major American Jewish Organizations in the 1950s, the establishment of the Republican Jewish Coalition in the 1980s, the Bernie Madoff scandal that shook up global Jewish philanthropy in 2008 and the creation and financing of Birthright, one of the most ambitious and well-funded Jewish communal programs.

Berman, who spent several years digging through private archives and personal records and interviewing relevant figures, begins the book with a unique disclaimer: the concern that she could be “treading the same ground that has provided fodder for antisemitic theories of Jewish power or domination.”

“I don’t feel like I tried to back away from something or made decisions that I couldn’t talk about things because I was scared — I never felt constrained,” Berman told JI. “But it was very important to choose my words wisely, to make sure that anything I was saying I could very responsibly back up with the historical evidence that I had found. That’s always what a good historian is supposed to do.”

While the current Jewish philanthropic model seems to have across-the-board acceptance, the transformation from immediate distribution to asset accumulation did meet a fair amount of resistance along the way. Berman writes that some — like major Jewish philanthropist Julius Rosenwald, part owner of Sears, Roebuck and Company — viewed endowments as “vain and wasteful” and a “burden to posterity.”

“One thing that was notable to me is how resistant many Jewish philanthropic organizations were to building endowments well into the ‘70s and even the early ‘80s,” Berman told JI. And much of that opposition came from “people who were like, ‘hey, this is not what Jewish philanthropy does, there are clear and present needs all the time, and the money that comes in, has to go out.’”

Berman takes care throughout the book to emphasize that the evolution of American Jewish philanthropy was largely mirrored by the changes seen across the same period in American philanthropy as a whole. But she notes that the history and identity of global Jewry certainly played a role in many organizations’ decisions, and may have fueled the desire to build endowments and think long term.

“The rise of identity philanthropy has a pretty specific history tied to American Jews and tied to the 20th century and tied to the Holocaust,” Berman said. As Jews in America found success and middle-class comfort, they were “trying to reckon with the fact that a third of world Jewry had been murdered… and that kind of creates a logic for endowment. You don’t need millions of dollars in this particular minute to create identities, but you want these kinds of visions of the money existing in perpetuity so that Jews and Jewish identity will exist in perpetuity,” she added. “I think that that has a very specific historical and psychological grounding in American Jewish life.”