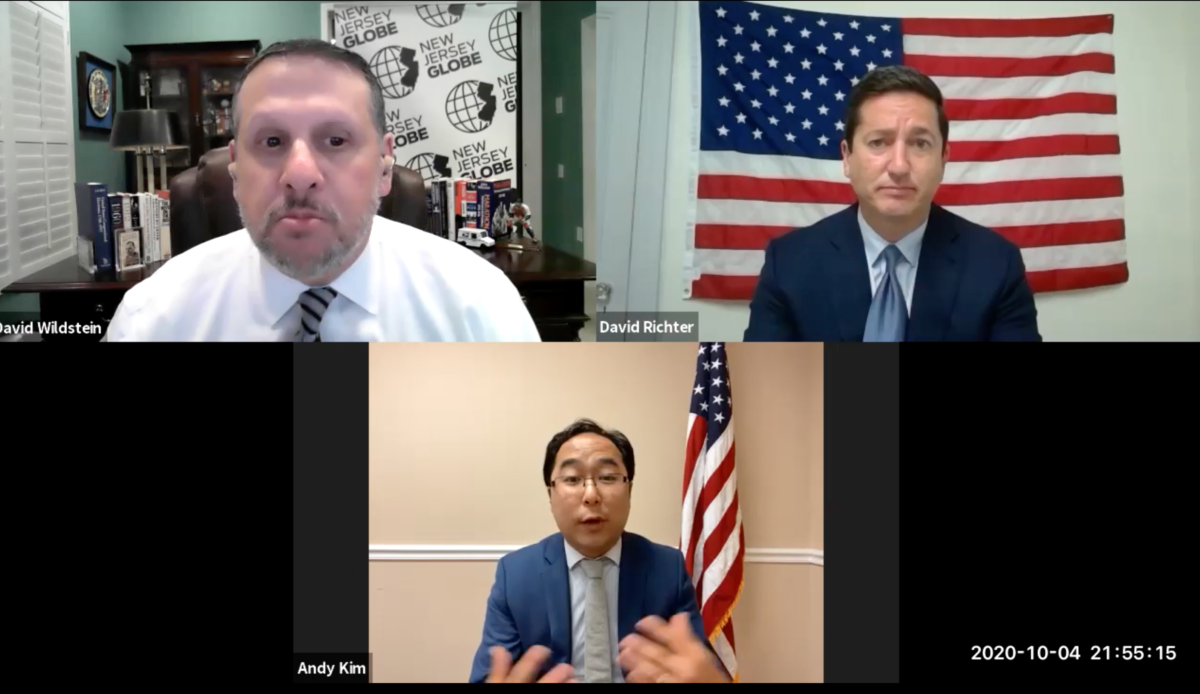 Rep. Andy Kim (D-NJ) and his Republican challenger in the state’s 3rd district, David Richter, clashed in a debate Sunday night over an ongoing zoning dispute between the city of Toms River, N.J., and the area’s local Orthodox Jewish community.

The dispute centers around a Toms River regulation requiring religious facilities to have at least seven acres of space, which the town’s growing Orthodox Jewish community has characterized as overly burdensome. The Department of Justice recently threatened to sue Toms River, which lies in Kim’s district, over the ordinance.

Richter, who is Jewish, characterized the enforcement of the ordinance as antisemitic, and said he believes federal intervention is warranted.

“Antisemitism is such an evil that people don’t always brag about it. They implement antisemitism in very subtle ways. And there’s no question that the zoning code could be used as one of those quiet weapons,” Richter said. “And when it is used to block in and prevent the growth and expansion of a religious minority like the Jewish community in Ocean County, there’s no question that the federal government should step in.”

“I wish it weren’t necessary, but when it is they should step in to make sure that people’s constitutional rights to freedom of religion are not impinged upon,” Richter added.

Kim said he does not support federal intervention to settle the dispute.

“I’ve been trying to help bridge the community and foster those ties, make sure that they’re talking to each other,” he said. “I don’t think it’s a place right now for federal intervention, I think right now we’re trying to do everything we can to settle this at the community level.”

During the debate, the incumbent also hit back against a Republican Jewish Coalition ad that accused Kim, while he was serving as Iraq director on the National Security Council, of giving poor advice to then-President Barack Obama that ultimately enabled the rise of ISIS.