In New Jersey’s 3rd district, Republicans duke it out in primary slugfest

David Richter and Kate Gibbs are vying for a shot at unseating freshman Rep. Andy Kim 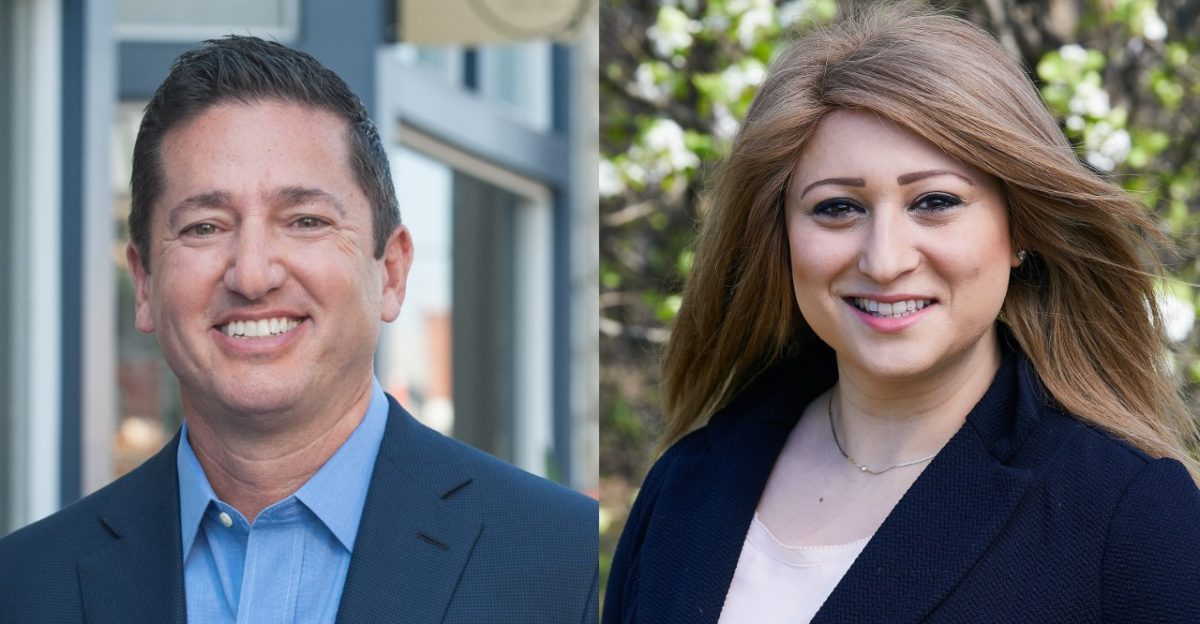 With few exceptions, the Republican primary candidates in New Jersey’s 3rd congressional district are aligned on key issues. With little substance to disagree on, the race has devolved into personal attacks that threaten to derail the general election campaign of Tuesday’s primary winner in a fight against one of the most vulnerable House Democrats.

The winner of Tuesday’s primary is set to take on freshman Rep. Andy Kim (D-NJ), who flipped the district in 2018. Kim is one of the GOP’s top targets, and The Cook Political Report rates the race as a tossup.

Richter has slammed Gibbs over old criminal charges for shoplifting, marijuana possession and public drinking, and lawsuits for failing to pay rent. Richter also accused Gibbs of campaign finance violations and attacked her campaign manager on social media, claiming he keeps Gibbs in a “box” out of public view.

“I did some foolish things as a lot of young people do,” Gibbs told JI. “I made mistakes, I’ve owned them. But there’s nothing more American, or more Republican for that matter, than pulling yourself up by your bootstraps, facing adversity and making better choices.”

Gibbs has characterized Richter as an opportunist out of step with voters in the district. Richter had originally filed to run in the neighboring 2nd district, but switched to the 3rd when Rep. Jeff Van Drew (R-NJ) — who won the 2018 election as a Democrat — switched parties during the impeachment of President Donald Trump.

“[Richter] doesn’t care whose congressperson he is, or who he represents. He just wants the title,” she said, alleging that her opponent’s candidacy hurt’s the GOP’s chances to win back the seat.

Richter, however, is no stranger to the 3rd district — he grew up and later started a business there. He told JI he entered the race because he was not convinced that Gibbs could win against Kim in the general election.

Both candidates have attacked Kim for allegedly betraying 3rd district voters by voting for Rep. Nancy Pelosi (D-CA) to become Speaker of the House, joining the Congressional Progressive Caucus rather than governing as a moderate and backing the House’s impeachment inquiry.

Neither candidate has much experience when it comes to the Israeli-Palestinian conflict. Gibbs said she favors a two-state solution, but criticized Palestinian leadership as being an obstacle to this goal. “We need to protect this pillar of Western civilization in the Middle East, and as a strategic ally, and because it’s the right thing to do,” she said. “I think that America should be playing a role and supporting our important ally Israel, and moving towards that two-state solution, but the Palestinians have to act in good faith and move towards that as well.”

Richter said he found last year’s House resolution condemning antisemitism to be insufficient. “I don’t think resolutions by Congress change one thing at all,” he said. “I think it’s something that needs to be talked about constantly, that needs to be fought against.”

He added that he does not see right-wing antisemitism as an issue, though he and Gibbs both said that Democrats on the party’s left flank bear some responsibility for the rise in antisemitism nationally.

“I think it’s absolutely propaganda that Republicans are white supremacists, and racist and other things,” Richter said. “At some point, you throw the word racist around to everybody that disagrees with you, it then starts to lack all meaning. And I think that’s where we are today.”

For Gibbs, the first step toward combating extremism is reducing the divisiveness in U.S. politics and electing more “results-oriented” politicians who are willing to compromise and work across the aisle.

“We also have to stop allowing the Hollywood elites and the liberal media from value-signaling and saying what groups are allowed to be protected, and [saying] it’s okay for for liberals to spew hate towards President Trump or people who are Republicans, but it’s not okay to spew hate at this group,” she continued. “To me, hatred, no matter who it’s directed at, is not okay and never justifiable.”

Running against Kim — who won by 1.3 percentage points in 2018 in a district Trump won by six points in 2016 — the GOP nominee may have a shot at flipping the 3rd district, Rutgers University political science professor Ross Baker told JI.

However, Kim has earned plaudits in the press for his work acquiring personal protective equipment for first responders early in the coronavirus pandemic, and has been relatively popular and scandal-free during his first term, Baker added.

Both candidates told JI they were motivated to run for office by a desire to flip a blue seat back to red.

“I believe that Andy Kim is not right for this district, that we need to win this seat so we can take back the House and continue to grow our economy,” Gibbs said. “And I have the background, getting things done as a local elected official, and actually making people’s lives better.”

Richter, in both the 2nd and 3rd districts, has likewise been focused on flipping a seat. “I saw in 2018 the Democrats take over the House. And from that point forward, for the next two years, basically nothing got accomplished,” he said. “I think that we’ve got a great opportunity this year to retake the House. And I wanted to do what I could to try to flip a blue seat red.”