A Jewish journalist stares into the white nationalist abyss

Talia Lavin’s first book, Culture Warlords, is an attempt to reckon with a movement that sought to bring her down 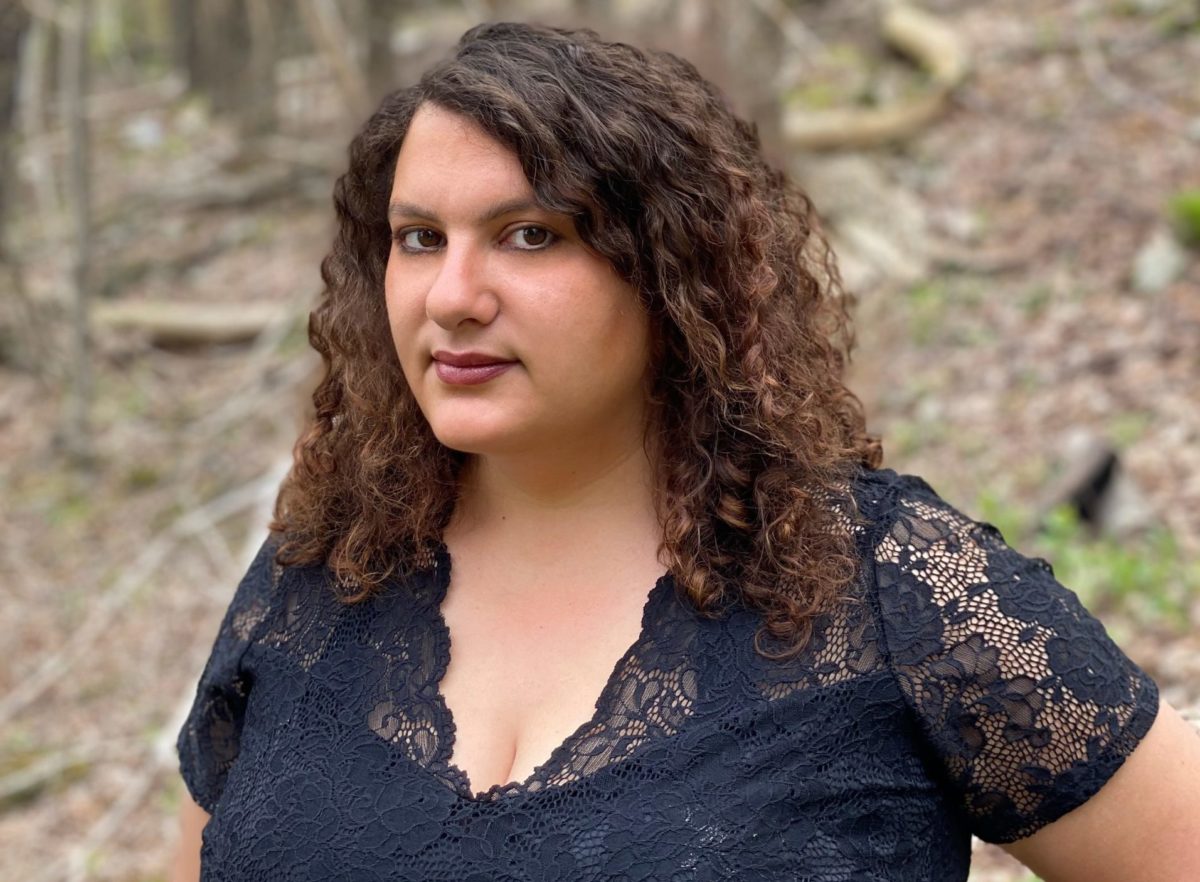 Talia Lavin didn’t expect that she would become the target of a vicious antisemitic harassment campaign when, in June 2018, she mistakenly suggested on Twitter that an Immigration and Customs Enforcement agent had a tattoo resembling an Iron Cross. It was a reasonable assumption given the photographic evidence at hand, and when her followers noted that the tattoo looked innocuous, Lavin deleted the post right away.

Still, Lavin, who was then a fact-checker at The New Yorker, found that the online attacks were even more vicious because she was Jewish. As the incident gained traction — thanks in part to an ICE press release that called her out by name — Lavin was subjected to some of the most vile commentary imaginable from the dark recesses of the reactionary internet. The pile-on left her feeling helpless and traumatized, and she resigned from her position at The New Yorker a week later.

Rather than retreating, however, Lavin, now 31, stood firm. “I chose to just stare right into the depths,” she told Jewish Insider in a recent interview. “I chose to turn around and to double down and to say, I want to know how this system works, that having been exposed to the worst of its depredations, I want to lay it bare for others.”

Her new book, Culture Warlords: My Journey into the Dark Web of White Supremacy, released this week, is the product of that decision. Published by Hachette, the nonfiction work, Lavin’s first, is an up-close-and-personal examination of the growing movement of white nationalist extremists whose views have flourished in the digital age.

Undergirding the movement, Lavin says, is a deep and abiding hatred of Jews. “To the white supremacist,” Lavin writes, “the Jew is most dangerous because of his adjacency to whiteness, and a desire to destroy it, with crafty malice, from within.”

Lavin was certainly crafty in her own reporting methods. To paint a vivid portrait, she immersed herself for 18 months in the online ecosystem of the far-right, lurking in groups on messaging apps like Telegram so she could observe its inner workings. It was a world she knew would reject her if she revealed her identity, so she took a gonzo approach, going undercover by assuming a number of aliases and alternate personas.

“There were times,” she said, “when I was playing five or six people in a day.”

One of her most memorable characters was Ashlynn, a seductive honey trap Lavin invented for the primary purpose of infiltrating a white nationalist dating site, WhiteDate.net. “Blonde, gun-toting, based on a farm-slash-compound just outside Amber, Iowa, and totally fictional,”  Lavin writes, “she was a New Yorker’s idea of an Iowan, imbued with all the parochial narrow-mindedness of my own urban life.”

Despite her somewhat sloppy attempt at approximating the white nationalist’s dream girl, Lavin’s caricature was convincing enough that she was able to use Ashlynn in an extraoardinary scheme to catfish a Ukrainian neo-Nazi who claims to run a white supremacist Telegram channel that openly advocates terrorist violence.

Lavin reveals in the book that the man is David Kolomiiets, whose name she coaxed from him during five grueling months of flirtatious exchanges culminating in his declaration of love for Ashlynn. “In order to get him to reveal his face, I ask him to ‘prove he’s not a Jew,’ and he offers to send me a photo of his foreskin,” Lavin writes. “I decline and ask to see his nose instead.”

“Their language is pretty crude and easy to master,” Lavin told JI. “You know, all you have to do is, like, be willing to employ an ethnic slur and just really hate Jews and they’ll welcome you with open arms.”

The process of directly engaging with radicals like Kolomiiets was psychologically taxing for Lavin. “I had to keep all my stories straight,” she told JI. “I’m playing all these different people, and at some point, it almost felt like Talia Lavin was just one of those personas.” But she believes the strategy paid dividends. “I was able to, I think, obtain a more authentic portrait,” Lavin said. “Without any sort of cleanup or spokesmanship.”

As a Jew, Lavin felt an obligation to plunge headfirst into the white nationalist underworld. “I think understanding where they believe themselves to be coming from is sort of a key weapon in the arsenal against them,” she said. “You can’t dismantle a threat without understanding it. And in the book, I hoped to use their own language and their own self-presentation as a means to sort of understand the terms of the threat better.”

Lavin is intimately acquainted with that threat. The Holocaust loomed large throughout her upbringing in a modern Orthodox Jewish family in Teaneck, N.J. Though she is no longer observant, she still carries the past with her wherever she goes. “Holy shit, I care about this stuff,” she said. “A lot. The fact that the Holocaust is so fucking close to me as, like, a person. You know, like, literally, not even a full generation away. I lost an aunt in the Holocaust, who was a baby.”

In an effort to get in touch with her roots, Lavin learned Russian at Harvard University and, after graduating, spent a year in Ukraine on a Fulbright grant, taking a number of visits to the villages where her maternal grandparents — who immigrated to Borough Park after a harrowing survival in the woods around Galicia — lived before the war.

“All of that really also formed a galvanizing force for me,” she said. “The dangers of fascism, the dangers of racism, the dangers of eugenics and eugenic attitudes felt really, really, really close to me as a person and to my family. It has materially shaped the way I grew up and the fortunes of my family. So that, of course, added another layer of urgency to the whole endeavor for me and, I feel, helps me retain a moral clarity that never allowed me to see these people as just objects of curiosity.”

Still, Lavin admits in the book that until she reached adulthood, “antisemitism was largely an abstract concept.” Her first real brush with the kind of online hatred she experienced in her late 20s came when she joined the Jewish Telegraphic Agency as an editorial intern, where, in her capacity moderating comments and keeping tabs on site visitors, she noticed that the white nationalist website Stormfront.org was one of JTA’s biggest traffic drivers.

“That was my first real encounter with antisemitism in its modern incarnation,” she writes, “out of the jackboots and behind the keyboard.”

Before she began Culture Warlords, Lavin had written a bit about white nationalism, but the book represents her first major attempt to reckon with the movement. Though she says it is difficult to quantify the number of adherents, Lavin believes the chat groups she was monitoring only represent a small slice of what’s out there.

She points to the armed militia groups prowling the streets amid protests against police brutality as evidence for her claim. “To me,” she said, “it signals that it’s a movement that’s quite widespread across the U.S.”

“The sole and only goal of the white nationalist movement is to engage in violence,” she said. “It is an inherently violent movement in its rhetoric and in its actions.”

As to whether President Donald Trump has enabled white nationalist groups — as many have claimed — Lavin contends that it is a “complex question.” She certainly believes that Trump’s victory was a “shot in the arm” to far-right groups that were energized by his anti-immigration agenda, among other things. “His effect in galvanizing the movement was undeniable,” she said.

Nevertheless, Lavin asserts that some of the most ardent white nationalists have been disappointed by Trump’s tenure, even as he was accused of enabling the Proud Boys, a far-right group, at the recent presidential debate when he told its members to “stand back and stand by,” an instruction they celebrated on social media.

Many white nationalists, however, are anti-government extremists, Lavin points out, and — to reiterate — they hate Jews, who are employed in Trump’s cabinet. “The fact that he has Jews in his White House, the fact that he has satisfied an evangelical audience with various overtures towards Israel,” Lavin said, “has been a real point of contention for the more antisemitic factions of the movement.”

“But when your goal is to sow chaos and create the maximum amount of harm in the interest of eventually forming your utopian white ethnostate, these are pretty fine-haired distinctions,” she said. “I think November could be a really bloody month when it comes to white nationalist violence.”

Lavin — who has accrued a sizable assortment of swords in the past few years — is prepared to defend herself. “I’m an agoraphobe who collects swords,” she said unironically. “So if your next question was, like, how has all this mentally impacted you — I think that’s a pretty concise answer.”

She is now working on a project about militia movements and vigilante violence in the United States, and is putting together a proposal for a second book, the topic of which she declined to reveal just yet.

Her mission remains clear. “I’m planning to keep on writing, keep on talking, keep on generally being as much of a pain in the ass to the neo-Nazi and white supremacist movements in the United States as possible,” she said. “I hope to discomfit them and make them filled with rage, fear and irritation whenever they hear my name.”