doctor in the house 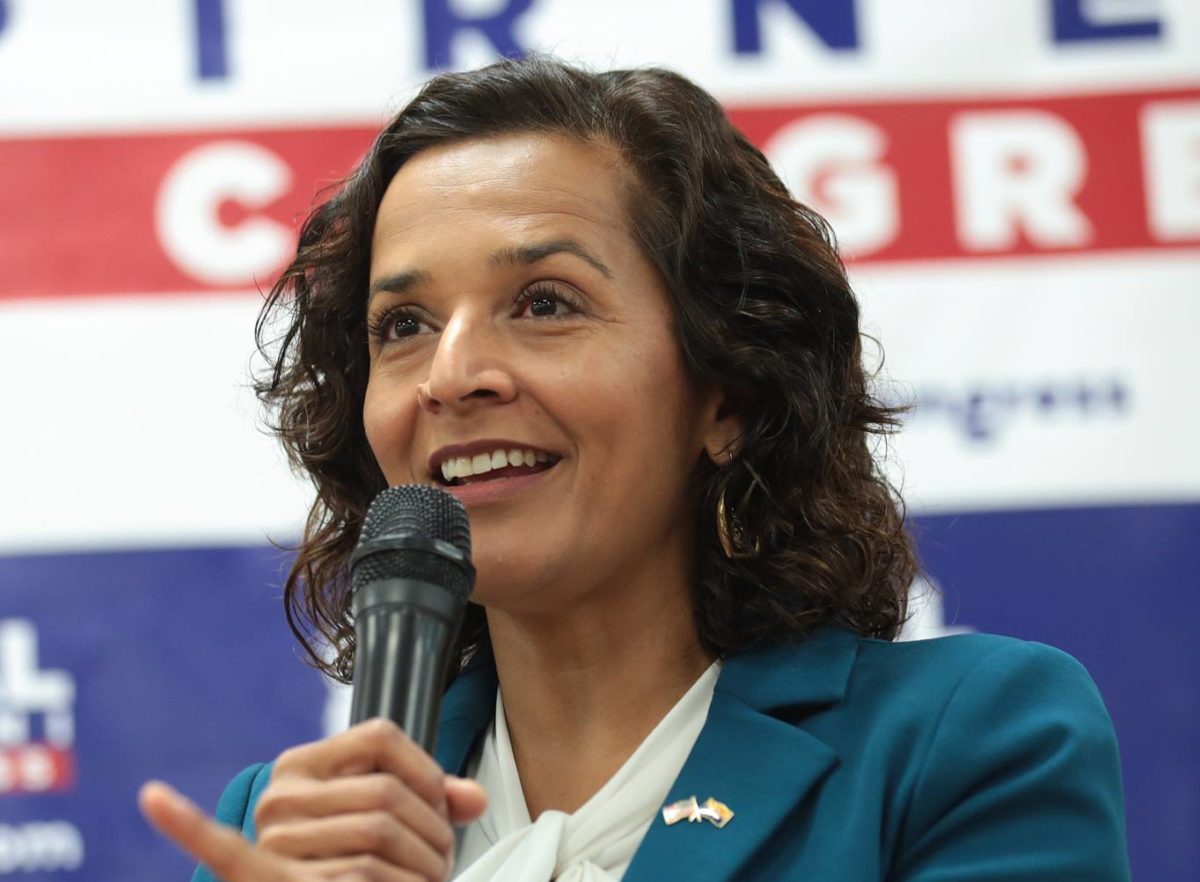 Hiral Tipirneni believes there are deep wounds in American politics — and she is confident she is the doctor who can help heal them.

“I’m seeing the struggle of families up close time and time again that came into the emergency department,” the former emergency room physician told Jewish Insider, emphasizing patients’ struggles with healthcare access and affordability. “All of those are the result of a broken healthcare system and really shows where Washington policies have failed.”

Tipirneni, a former emergency room physician, is making her third run for Congress, this time in Arizona’s 6th congressional district. In 2018, she mounted special election and general election bids in the state’s neighboring 8th district, losing by 4.8 and 11 points, respectively, to now-Rep. Debbie Lesko (R-AZ).

Tipirneni launched her first bid with a focus on protecting the Affordable Care Act.

“I was not going to stand by and let [it be repealed],” she explained. “I knew I had to do more. And with my experience in medicine, and as a physician, and in cancer research advocacy, I felt that I had the problem-solving skills and the understanding of science and data and a deep interest in protecting my communities.”

The doctor said she is running again because she feels the struggles her district faces have not abated since 2018, and have only intensified amid the pandemic. “After the last election, folks reached out to me and asked me to continue building on the momentum we created and said, you know, let’s keep going because we need another fighter in D.C.,” she said.

In Tuesday’s Democratic primary, Tipirneni is facing off against three other candidates, but Anita Malik, a former technology executive who ran for the seat in 2018, is Tipirneni’s strongest competition. Malik did not respond to questions from JI.

Tipirneni and her family immigrated to the U.S. from India when she was three years old. She said that her upbringing helped shape her medical career and her eventual political aspirations.

“It was not an automatic success story,” she said. “My parents worked very hard… they did anything and everything they could to keep a roof over our heads because there was no plan B. And they sacrificed and they toiled because they wanted to give [me and my brother] a chance at our American dream.”

She said that her parents emphasized the importance of education, supporting family and friends and giving back to the community. This third pillar is at the heart of Tipirneni’s congressional campaign.

“It’s about giving back. And knowing that this country gave my family and me an opportunity at our American dream, it’s absolutely my responsibility to make sure I preserve those opportunities for generations to come,” she said.

Healthcare has also long played a central role in Tipirneni’s life. She said she decided to pursue a career in medicine after contracting typhoid fever at age 9.

“It was during that stay in the hospital, which was several weeks, that it occurred to me just the power of medicine, the amazing power of comfort and healing that physicians could provide to families in those dire moments.”

Tipirneni also has ideas about how to heal the divide between Israelis and Palestinians and work toward a two-state solution.

“It should still remain a priority for us in the Middle East,” she said, “to make sure that, with Israel being one of our greatest allies, to work in the best way possible as a third party-mediator to ensure long lasting peace… And I think that means we have to be respected as a third-party mediator, which means we can’t put our thumb on the scale inadvertently.”

Tipirneni did not express a clear position on the current debate within the Democratic Party over conditioning aid to Israel, but expressed strong support for the Israeli people.

“Even with our strongest allies, there’s always our ability to have healthy debates over policies that we think may be violating some of our core issues,” she said. “What I fear is that if there is any of those kinds of actions that there would be sort of this retribution or consequences that the Israeli people would feel very deeply in their lives. And it’s punitive to the government, but it’s obviously impacting the people. We don’t want to have that sort of negative consequences to the Israeli people.”

Malik lost by 10 points in the 2018 general election to incumbent Rep. David Schweikert (R-AZ). This time around, Tipirneni is favored to pick up the Democratic nomination, according to Ron Ober, an Arizona-based political strategist.

“You can’t discount Anita Malik because she has been at it now for four years in that district. [She was the] surprise winner in the primary two years ago,” Ober told JI.

However, he continued, “Hiral has been up on the airways, her commercials are really good, and she’s raised a substantial amount of money. And with the pandemic, there’s nothing better than being a medical professional running for office. I would definitely give her the edge.”

Tipirneni has proven a successful fundraiser, pulling in nearly $2.5 million, more than half of which she still has on hand. Malik has raised just $244,000, most of which she has already expended.

Tipirneni’s massive fundraising haul also puts her well ahead of Schweikert, who has raised $1.3 million, $230,000 of which remains on hand. Should she win the primary, Tipirneni’s war chest would serve as a strong advantage in her bid to unseat Schweikert.

“I think it’s important for someone to have the resources to define their opponent,” Ober said. “I’m not sure that Malik’s going to have that. I think the race will be a lot more competitive if Hiral is the nominee.”

Tipirneni is a member of the Democratic Congressional Campaign Committee’s Red to Blue program, underscoring the district’s importance to Democrats this November.

The winner of the Democratic primary is likely to benefit from recent findings by the House Ethics Committee that Schweikert had violated a slew of campaign finance rules and must pay a $50,000 fine.

“That’s such an egregious act of violating not just his oath but a basic sense of trust with the voters,” Tipirneni told JI several days before the ethics committee’s announcement. “I think as more and more voters are realizing what he has done not just to the 6th district, but to all Americans… I think the more they learn that, the more it’ll be clear that we can unseat him in November.”