The company’s COO will take the reins in September, succeeding Mark Thompson 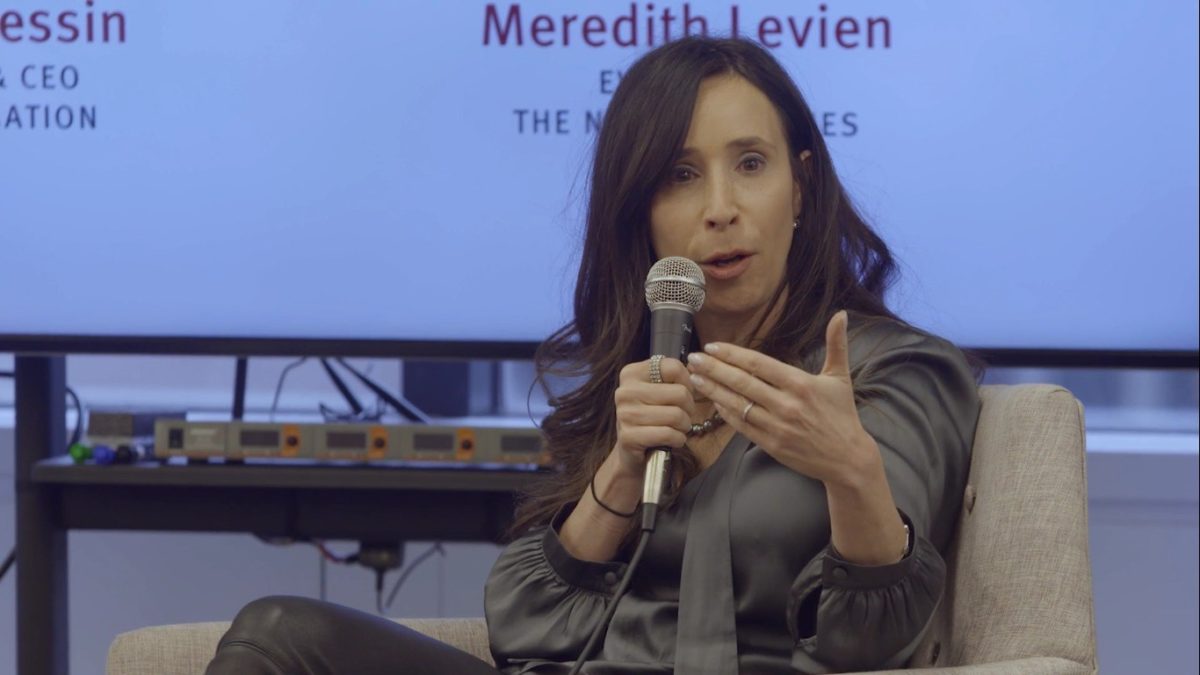 Meredith Kopit Levien will take over as CEO of The New York Times, the paper announced on Wednesday. The 49-year-old executive, who currently serves as the company’s chief operating officer, is expected to step into her new role on Sept. 8, succeeding the current CEO, Mark Thompson, who has occupied the position since 2012.

“It’s the honor of a lifetime to lead The New York Times,” Levien said in a statement. “I see a big opportunity to expand journalism’s role in the lives of millions more people around the world, and to invest in product and technology innovation that engages our readers and grows our business. And at a time when the free press remains under pressure, the Times will continue to invest in and defend the high-quality, independent journalism on which our democracy depends.”

Levien, who previously did stints at The Atlantic and Forbes, joined the Times in 2013 as head of advertising and worked closely with Thompson to usher the paper into the digital era.

“Meredith possesses a deep understanding of the Times’s business and a passion for its journalistic mission,” Times publisher A.G. Sulzberger said in the announcement. “She’s been Mark Thompson’s closest partner over the past seven years and will continue to build on his remarkable legacy.”

Nikki Usher, a professor at the University of Illinois at Urbana-Champaign’s College of Media, told Jewish Insider that the hire “is a real signal of faith in internal talent, which is pretty Timesian.” Media analyst Ken Doctor agreed with that assessment. “The significant message [from the Times] is ‘steady as she goes,’” he said.

Throughout her tenure, Levien helped usher the newspaper into the digital era. One of the company’s primary business strategies has become emphasizing subscriptions over advertising following the rise of Google and Facebook, which caused online ad revenue to plummet. The paper has said it hopes to hit 10 million subscribers by 2025 — a benchmark Levien will now oversee — as it has expanded into international markets including Canada and Australia.

Doctor believes that the Times, which now has more than six million subscribers, will reach that goal during Levien’s tenure. But a separate challenge, he said, will be diversifying the paper’s revenue stream as it continues to advance into the new millennium. The paper now has robust cooking and crossword products, and it recently acquired Audm, the audio narration startup.

But it doesn’t “have many other paid products,” Doctor told JI. “That could be key to their overall revenue generation.”

Levien grew up reading the Times as a high school student in Richmond, Va. She went on to work as an ad director and associate publisher for The Atlantic and then as chief revenue officer at Forbes Media.

Levien, who is married to Jason Levien — co-chairman and CEO of the pro soccer club D.C. United — is an alumna of BBYO (B’nai B’rith Youth Organization) and remains active with the Jewish youth group as a member of its advisory council for the Anita M. Perlman Women’s Leadership Initiative.

Earlier this year, Levien spoke to an audience of approximately 150 teens and alumni in New York City, “during which she attributed her time as a leader in BBYO as one of the main reasons she developed her confidence at a young age,” said Rachel Krueger, associate vice president of community engagement for BBYO. “Meredith explained that BBYO helped her build important leadership skills such as how to command an audience, work with others, and understand what it means to have and use one’s voice in the world.”

“It’s significant that the Times now has a CEO who is a woman,” said Jonathan Sarna, a professor of American Jewish history at Brandeis University. “Once upon a time, that would have been big news.”

Sarna pointed out that a number of Jewish newspapers have recently gone digital, including The Jewish Week and The Forward. “The Times has not ended its newspaper, but someday that will happen,” he noted, “and she’ll be one of the people who makes sure that the digital paper is highly profitable.”

David Bradley, the chairman of The Atlantic, told JI in an enthusiastic email that he had faith in Levien’s abilities.

“Of the 5,000 or so colleagues I’ve had across my long career, Meredith Levien is in that top handful of great talents,” Bradley said. “There is a God in heaven; sometimes, the good guys win.”