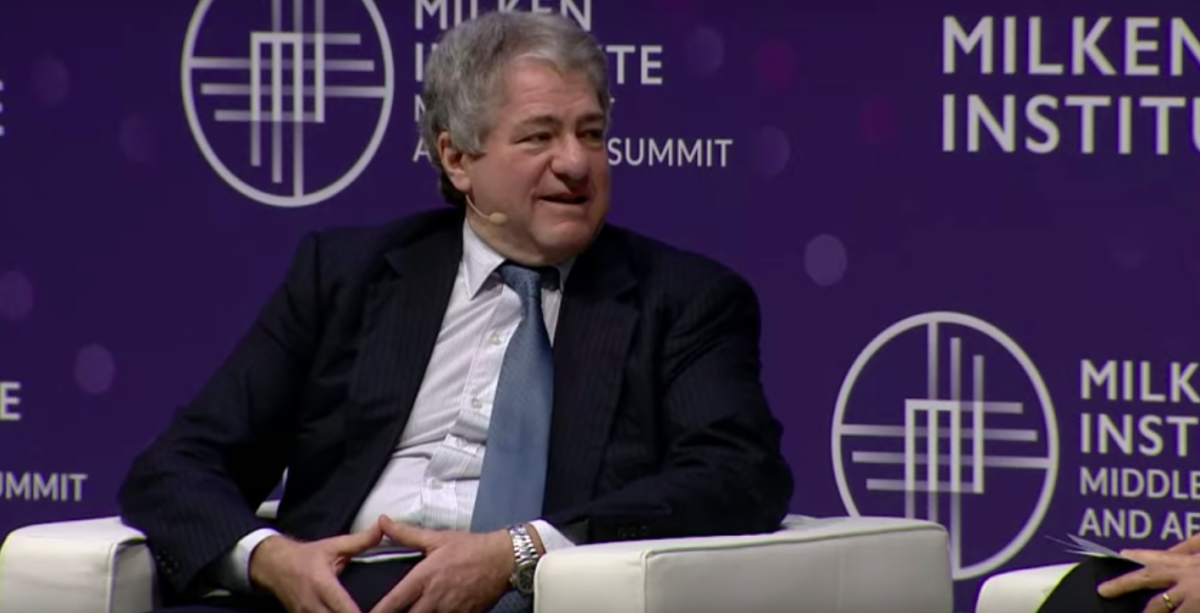 Billionaire investor Leon Black is continuing what appears to be a rare publicity tour. He spoke for close to an hour Tuesday on stage at the Milken Institute’s Middle East and Africa Summit in Abu Dhabi, sharing how a philosophy major with little interest in finance wound up on Wall Street — and what gives his firm, Apollo Global Management, a competitive edge.

High profile: The engagement was the latest public appearance for the notoriously private Black, and comes on the heels of a Businessweek cover story earlier this year. Last week in a similar interview with Goldman Sachs’s Alison Mass, Black was asked about his family’s background and his father being an Orthodox rabbi:

“I did grow up in New York City. My father, I never knew as a rabbi, that was part of his history. He early on grew up on the Lower East Side. He was an immigrant who came over from Poland, actually, when he was about 1 years old. He studied for the rabbinate, was a rabbi in Long Island for about three years and then decided he wanted to make money. And so he went to Lehman Brothers. First he went to Columbia Business School, and to Lehman Brothers. And then he became a big conglometier, and [was an] investment banker at Goldman Sachs. He’s the person that — we read philosophy together when I was in high school. He was a passionate person about Shakespeare, which he instilled in me. And he was somebody that I had a lot of respect for and was introduced clearly to the business world through him, and I think some of my interest in social issues came from him.”