Is a Schumer-AOC primary showdown in the cards?

“Chuck clearly isn’t leaving the Senate until he’s no longer conscious and AOC’s ambition and popularity both keep skyrocketing, so they may be on a collision course for 2022.” 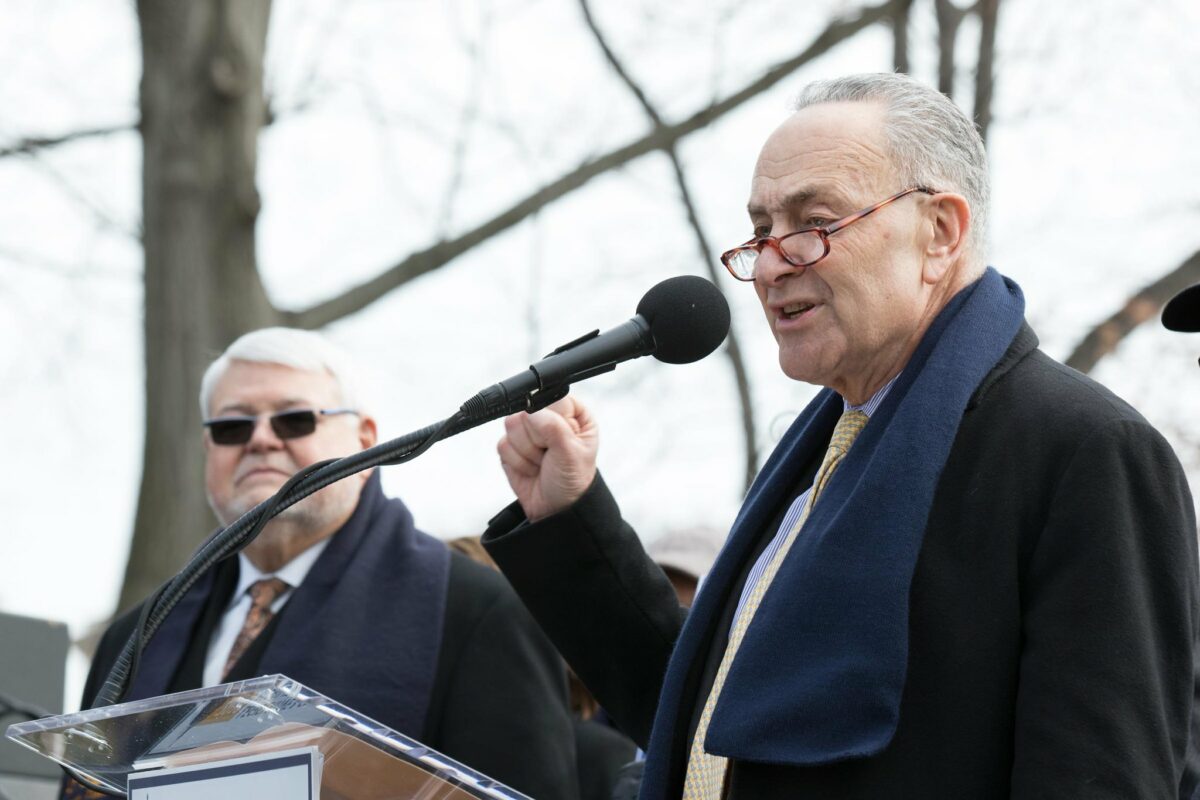 During a lunch with journalists ahead of the State of the Union address last week, President Donald Trump predicted that Rep. Alexandria Ocasio-Cortez (D-NY) will challenge Senate Minority Leader Chuck Schumer when the senator is up for re-election in 2022 and that she will “kick his ass.” On Monday morning, Trump tweeted, “Because of how badly they did with the Impeachment Hoax, AOC will primary Cryin’ Chuck Schumer, and win.”

Winning record: Schumer has never faced a primary challenge to his Senate seat. In 1998, he defeated three-term Republican incumbent Al D’Amato after getting 51% of the vote against two prominent rivals. He was re-elected in 2004 with 71% of the vote. In 2010 — during the Tea Party wave — he received only 66%, but won his third re-election bid in 2016 with 71%. In the most recent Siena Research poll, Schumer was viewed as favorable by 74% of Democrats.

The rumors: In a New York Magazine profile of the freshman congresswoman, longtime political journalist David Freedlander cited comments from people close to Ocasio-Cortez indicating that she is likely to consider a challenge against Schumer in 2022. Last year, top Democrats told “Axios on HBO” that they expect Ocasio-Cortez to eventually primary either Schumer or the state’s junior senator, Kirsten Gillibrand, in 2024.

Bring it on: Bradley Tusk, founder and CEO of Tusk Strategies and a former communications director for Schumer, said in an email that “it’d be an all-time great race” if AOC goes ahead with such a plan. “Chuck clearly isn’t leaving the Senate until he’s no longer conscious and AOC’s ambition and popularity both keep skyrocketing, so they may be on a collision course for 2022. Would be one of the most interesting matchups of establishment vs. reformers in a long time.”

Ain’t happening: A former senior aide to Schumer, who has been long active in state-wide politics, tells JI that “there isn’t a formula or analysis in all of creation that suggests Chuck can be beaten in a Democratic primary.” Democratic campaign strategist Hank Sheinkopf echoed the sentiment, predicting that Schumer would beat AOC “handily.”

The Schumer force: The former Schumer aide explained that the senior Democrat has “an army of Schumer alum everywhere in New York” that he would “activate on a moment’s notice” if challenged.

Across the aisle: Jessica Proud, a New York-based Republican strategist, tells JI that an AOC candidacy would only benefit the GOP because it is “highlighting the radical left’s control of the Democrat party.” Proud said there’s no chance that the Democratic senator would be defeated by a challenge from within his party, but the challenge itself would be “embarrassing for Schumer — and many senior Democrats for that matter — who consistently get upstaged and outshined by a freshman socialist.”

High hopes: “Donald Trump also predicted a ‘big red wave’ for the 2018 midterms, and the only red wave he got was his hair,” Menashe Shapiro, a NYC-based consultant who has worked with both Democrats and Republicans, tells JI. “If Trump hadn’t abandoned New York, he would remember that Charles Schumer has never lost an election in his 45-year career in elected office.”

Unlikely odds: Ocasio-Cortez stunned the political establishment in the 2018 Democratic primary when she ousted ten-term Rep. Joe Crowley with 56 percent of the vote, virtually guaranteeing a general election victory in the heavily blue district. A Siena poll conducted in April had Ocasio-Cortez with a 65 percent favorability rating among Democrats in the district. After a year in office, Ocasio-Cortez is popular in New York City, with 53 percent viewing her favorably and just 28 percent unfavorably. Those numbers shift n the suburbs, where 52 percent of voters view her unfavorably and just 32 percent favorably. “She might do better in some NYC neighborhoods, but will get crushed on Long Island and lose upstate badly,” Sheinkopf predicted.

The progressive case: Ross Barkan, a New York-based journalist and former New York state senate candidate, said that if anything, Schumer would be challenged over his support for the financial industry and Wall Street, as well as for his hawkish foreign policy views. Israel, however, would be a minor issue. “Ocasio-Cortez says little about Israel despite her reputation” and association with Reps. Ilhan Omar (D-MN) and Rashida Tlaib (D-MI), both of whom have expressed support for the BDS movement.

The message it sends: Jack Rosen, a longtime donor to Democratic candidates and president of the American Jewish Congress, tells JI the progressive challenge is overstated. He pointed to the 2018 midterm elections, when moderate Democrats flipped enough GOP-held seats to gain control of the House of Representatives, and to the Iowa caucuses, which showed Bernie Sanders battling the more moderate  Pete Buttigieg for first place. “And if you look in New York, Governor Cuomo kicked the progressive candidate Cynthia Nixon’s ass in 2018. So that’s the history of AOC and the radical progressives’ attempt to defeat sitting members of Congress,” he added. “It looks to me like they are targeting black and Jewish members of Congress. I don’t believe New Yorkers and Americans are racists and antisemites. So I think they will fail.”

Vote of confidence: Brad Lander, a two-term Councilmember from Brooklyn, said that Schumer deserves credit for his “effective leadership” during the Senate impeachment trial. “I think progressives feel a great deal of admiration for Schumer” for holding the diverse conference together on the vote to remove Trump. “As a progressive, I am proud to have him as the leader of our party in the Senate, and I am glad to see that he’s getting under Trump’s skin.” Lander suggested that Trump is seeking “to sow division within the party, but we are not going to let that happen here.”