How the Rudermans helped bring disability awareness to the Oscars 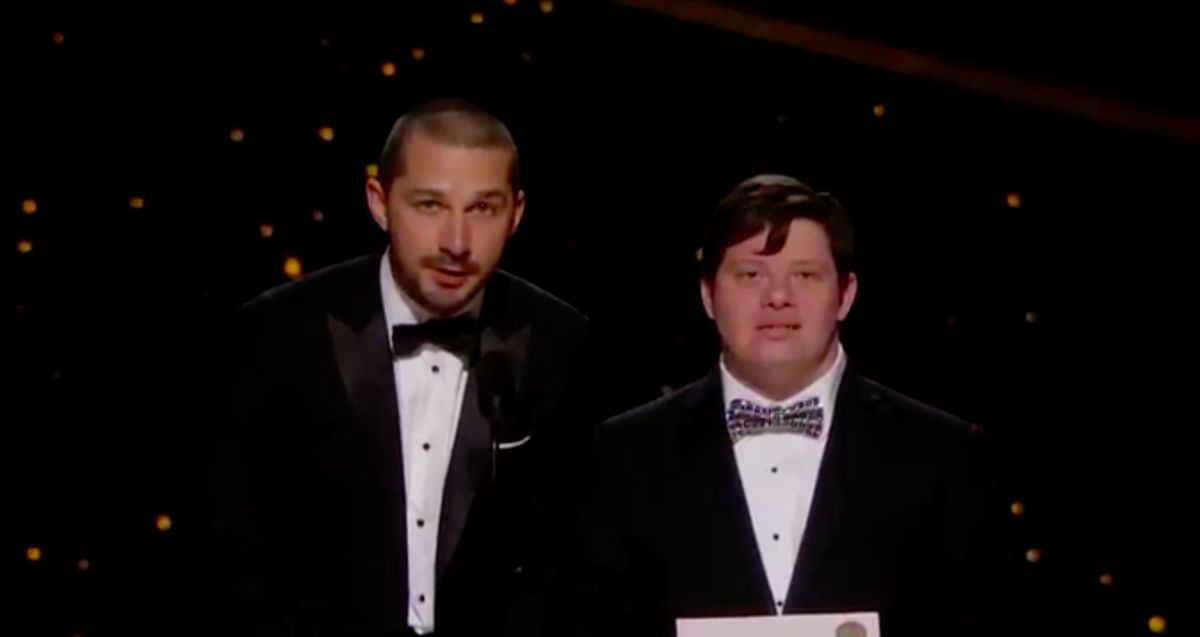 It was Jay and Shira Ruderman’s first time at the Oscars, and though they didn’t get to meet Brad Pitt, they witnessed a meaningful and historic moment: Zack Gottsagen, an actor with Down syndrome, helped present the coveted golden statue to one of the night’s winners.

“There was an overt effort by the Academy to present disability,” foundation President Jay Ruderman told Jewish Insider’s Debra Nussbaum Cohen, in a phone interview after the awards ceremony.

Back story: The foundation has a partnership with the Academy of Motion Picture Arts and Sciences around the issue of disability inclusion. While actors with disabilities have twice won Academy Awards — Marlee Matlin, who is deaf, in 1986 and Harold Russell, who lost his hands in an Army accident, in 1947 — this was the first time that someone with Down Syndrome served as a presenter. Also last night, a performer in a wheelchair took part in singing the Oscar-nominated song “I’m Standing with You.”

Spreading the message: Disability inclusion is one of the Ruderman Foundation’s signature issues, and the Rudermans also attended the recent Sundance Film Festival to run a panel discussion on the topic and host a reception.

Nuts and bolts: The foundation has advocated for more than a decade for the inclusion of people with disabilities in Jewish day schools, camps and synagogues, and about six years ago began pushing the issue in the entertainment industry as well. The Newton, Massachusetts-based Ruderman Family Foundation was established in its current incarnation in 2000. At the end of 2017, it had nearly $160 million in assets and distributed $5.3 million, according to tax records.

Walking the walk: Last year, the foundation persuaded CBS Entertainment to pledge to audition people with disabilities — the only major studio to have done so, said Ruderman. A recent analysis by the foundation of the representation of disabled people in the 2018 television season found that 80%of the time, disabled characters were played by non-disabled actors.

Why advocacy is needed: “Until you have people auditioning and being cast, you’ll have able-bodied people playing people with disabilities. For other minority groups, ethnic and LGBTQ people, you see authentic representation, but disability is routinely seen differently. We have to break through that ingrained view in the entertainment industry and society.”

How it started: “In 2003, our first major investment was in Jewish day schools, and the part that resonated with the family was the inclusion of children with disabilities into day schools and Hebrew schools. That wasn’t happening then. For us, it was an issue of fairness. In America most Jews who connect Jewishly are connected to their synagogues — and we heard many stories of families with disabilities not being accommodated at synagogues. Religious organizations are exempt from the Americans With Disabilities Act,” which requires that buildings be physically accessible to people with disabilities.

A priority: “I have a nephew with autism, children with learning disabilities, and my father developed a disease which reduces lung capacity and he was incapacitated by that,” Ruderman noted “Disability is the one minority group that — if we live long enough — most of us will join in some way. Everyone is connected to someone with a disability. If it was a united community, it would be the most powerful minority group in the U.S. and in the world.”

Opening next: Directors Peter and Bobby Farrelly, who are known as the Farrelly brothers, will be awarded the Morton E. Ruderman Prize for Disability Inclusion in L.A. on March 3rd. They are receiving the $100,000 prize named in his father’s honor, Ruderman said, “because they’ve been great at including people with disabilities in their films.”