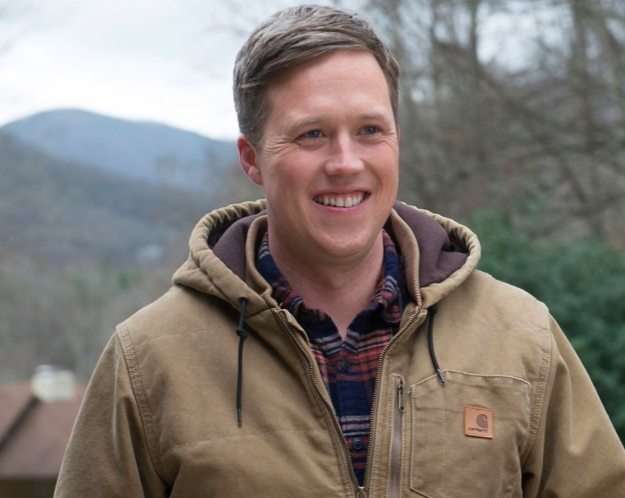 Daniel Driscoll, 33, had just 30 hours to decide whether or not to enter the crowded primary race to replace outgoing conservative firebrand Rep. Mark Meadows in North Carolina’s 11th congressional district after Meadows announced his retirement in December. Meadows made the surprise announcement just a day before North Carolina’s filing deadline, leading to speculation by Republicans in the state that he had given advance notice to a family friend Lynda Bennett, who launched her campaign later that day. But Driscoll was ready to jump into the race.

“This felt like a real unique opportunity to get in a little earlier than I might have originally thought, to lend a hand to an enterprise that is undergoing a hard time,” the young conservative candidate told Jewish Insider during a recent visit to New York.

Details: Driscoll is one of 11 candidates running in the March 3rd primary in the solidly Republican district. He’ll be competing against GOP activist Bennett, who received the outgoing congressman’s endorsement; Wayne King, Meadows’s former deputy chief of staff; and State Senator Jim Davis, among others. Less than 10 days after Driscoll announced his candidacy, he had raised more than $100,000. According to the most recent FEC filing, he currently leads the pack in fundraising.

Bio: Driscoll, who grew up in the mountains of North Carolina, served a 10-month tour in Iraq in 2009, where he led a platoon of Cavalry Scouts, before attending Yale Law School. After finishing law school, he went into investment banking in Charlotte, North Carolina, working in recent years to help build small businesses across the state.

Stepping up: “I can remember back when I was thinking about going to the army, and my dad told me, ‘Your grandpa did this so you wouldn’t have to. You don’t need to do this. I did it. Somebody else can do it.’ But it just didn’t sit right. You just need people willing to do it,” Driscoll said, explaining why he decided to pursue a political career. “I think a lot of it is just showing up and being willing to lend your back and do the hard work. I aspire to lay one brick at the wall of the future.”

Areas of focus: Driscoll’s campaign is focused mainly on national security issues and reducing the role of government, two issues he believes he can tackle — given his experience — on a federal level. “Government is not good at healthcare, government is not good at creating jobs, but the government is good at providing national security and at providing national infrastructure to connect states,” he asserted. “I think you need people that can appreciate what [government] should and shouldn’t be doing, and so from my experiences, I think it’s been humbling to realize that it is small businesses that create jobs, and government should try to stay out of the way of a lot of that.” His deployment to Iraq, Driscoll says, has prepared him to understand and support national security and foreign policy decisions made by the administration.

Calm and collected: In the interview with Jewish Insider, in a coffee shop in the Upper West Side of Manhattan, Driscoll came across as thoughtful and composed. Asked if he could adjust to the boisterous political environment, Driscoll simply said that “all sorts of emotional types and styles can work well together” to get things done. “When you have a mixture of different personalities, you can end up with the best results.” But his preferred style “is probably not going to be using a hammer and speaking as loudly as possible to try to break through some of the other noise. I think you can get a lot done in politics by building consensus in the Republican party and lending a hand as one of the young future leaders to help government function well in the future.”

On the issues: The GOP candidate is in favor of maintaining a U.S. military presence in the Middle East and supports the “maximum pressure” campaign against Iran. “Sometimes you have to punch a bully in the nose,” he adds. Driscoll backs Trump’s Mideast peace plan as a “helpful” basis for negotiations leading to a two-state solution. “It would be a wonderful outcome if [two states] was an option that both sides were excited about, and particularly if it had bipartisan support,” he said. “I’d be delighted to see that.”

Keeping it bipartisan: “Terrified” was the word Driscoll used to describe the polarization that has taken over D.C. — even when it comes to national security matters. “One of the nice things about having spent time in the military is you appreciate that you have to wait your time, weigh your energy and effort and focus on the things that matter. And I think national security as an example is a place where — that is government’s most sacred role, and it is a place that people should aspire to have bipartisan support,” he explained. “That’s a place where, I think, as a veteran in particular, I am uniquely well-suited to work across the aisle to keep Americans safe.”

No retribution: Sen. Joni Ernst (R-IA) recently suggested that Republicans could push to impeach a future President Joe Biden over his alleged Ukraine ties if the former vice president wins the White House and Republicans regain the majority in the House. Driscoll disagrees with that approach. “Impeachment is a tool that is incredibly aggressive and counter to the democratic will of the people from the previous election, and it should be used incredibly cautiously and infrequently,” he said. “My dream would be that I go my entire life and I’ve passed away without seeing an impeachment of any president, unless it crosses the line where it’s such a significant threat to democracy that you have to use it. But it should not under any circumstances be a political tool because it cuts against belief in the system.” Driscoll has sensed that “a lot of voters are disappointed that their elected leaders seem to be attempting to use such an aggressive tool in a way that can cause such trauma to the system.”